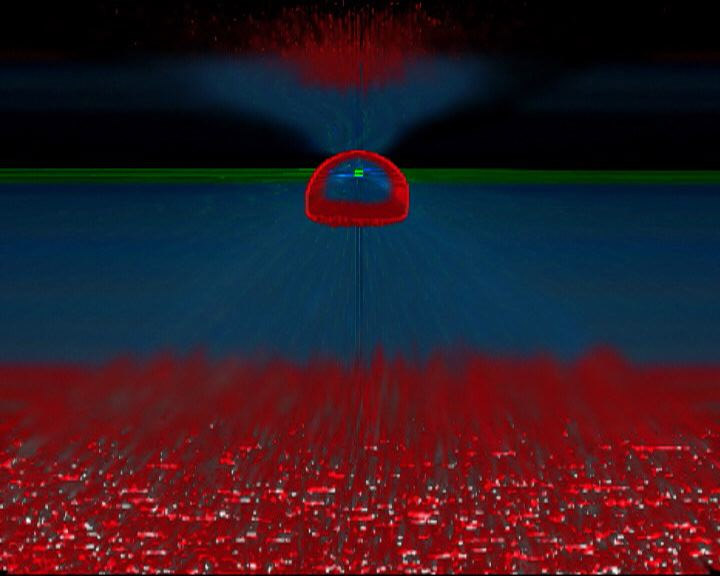 Video is the medium that perhaps comes closest to embody a kind of subject-metaphor. With its capacity for registering and storing environmental information in seamless sequences as well as playing it back on command, it loosely mimics our own relation between perception and memory (we too experience the world as a continuous sensory feed). To document something with video then, means to exteriorize it, to trust it to a second memory. Van Eijk’s old Digital-S camera and the particular demands and cumbersome process that working with this outmoded and unwieldy equipment involve, assert the medium of video as something distinct from the now integrated (and integrating) whole of digital media. Unlike the uninterrupted, flowlike transitions of information that circulate within the more sophisticated networks of up-to-date equipment, van Eijk’s process takes a significant amount of time.

Appropriately, given the time-consuming nature of his process, van Eijk's Tranquil in RGB consists of a notable 36 versions of the same video edit with only the colors changed, each version 17 minutes and 42 seconds long, amounting to a total of around 527 minutes. Since these 36 videos are organized in 12 triptychs (i.e. shown in batches of three on screens mounted in close enough proximity for them to be perceived simultaneously) these 527 minutes, in terms of how much time it would take you to watch through the work in its entirety, can be divided by the same number, three, making the complete duration a modest 176 minutes, about three hours, which is not much longer than your average epic. Duration is of course also where the similarities with epic cinema ends. Most notable on first encounter is the spatial presentation in the form of installations of wall-mounted screens in the gallery rather than your typical film-theater. There is also the potential curatorial decision to only exhibit a limited number of these triptychs, rendering the work in its totality something only hinted at and not a narrative whole. This list of reasons for why Tranquil is not an epic film, despite the corresponding duration, could go on forever, and it might seem pointless to stress this dissimilarity since it’s so clear to begin with that we're dealing with an entirely different kind of aesthetic object in the case of van Eijk's work. Still, pointing out these disparities segways to what is perhaps the central critical achievement in this work – its striking unwatchability, or, more precisely, the way that it seems oblivious of whether it will ever be watched by anyone.

It isn't “unwatchable” only because of the creative keying that van Eijk uses. There are also the repetitions, stark contrasts in color, static mise-en-scène and dreary layering effects. The psychological needs of the viewer, her desire to be immersed and intrigued (by narrative) is not catered to. Instead the color-changes that the video undergoes across its 36 incarnations – the dominant operation in the suite of creative alterations that van Eijk has subjected his images of fisherman, tourist and sunset to – speaks to a mechanical, internal-directed compositional procedure, tentatively aiming at using up all possible combinations, with apparently no affect in mind, except maybe that of depletion. What does this disparaging of the viewer really achieve? If the distinct bulk and compatibility-issues of the equipment that van Eijk uses suggest a recording body separated from the integrated field of current image-technologies – could the images, with their eerie otherness, likewise be explained as the contents of a cognition apart, an inhuman seeing? 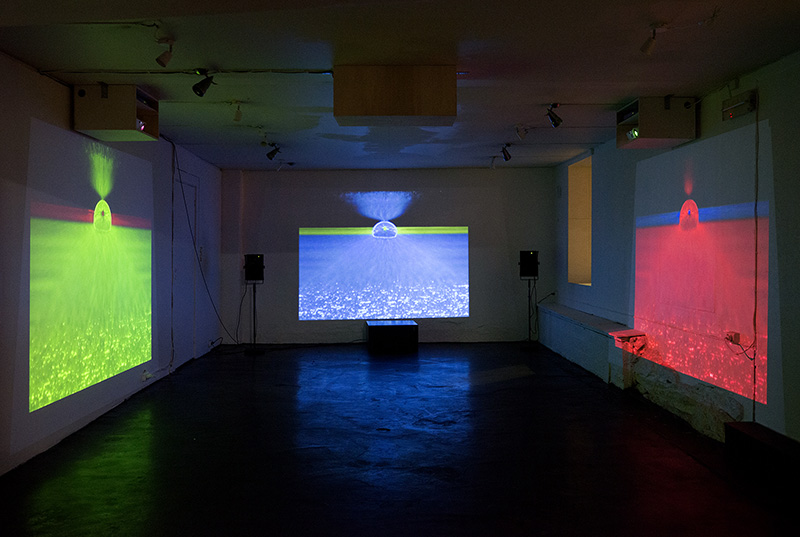 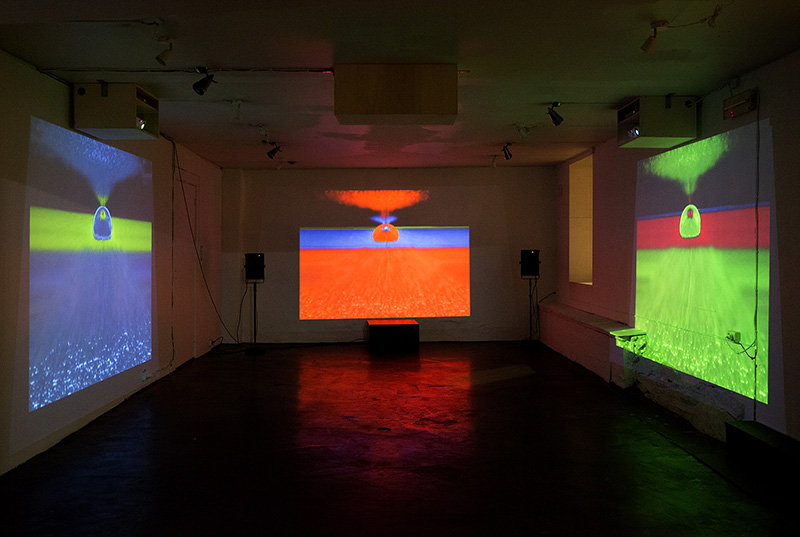 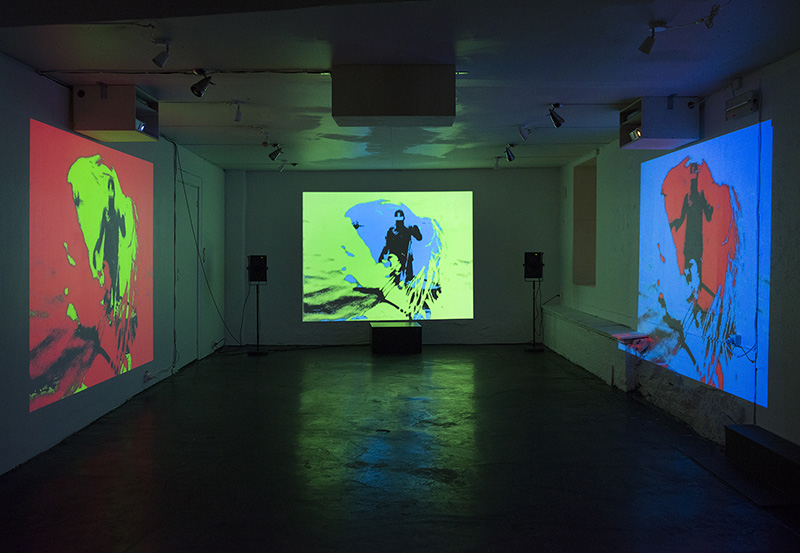 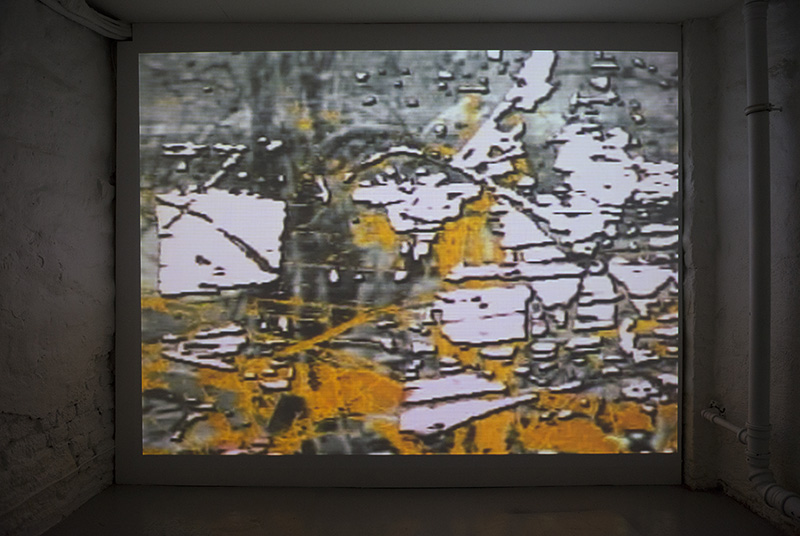 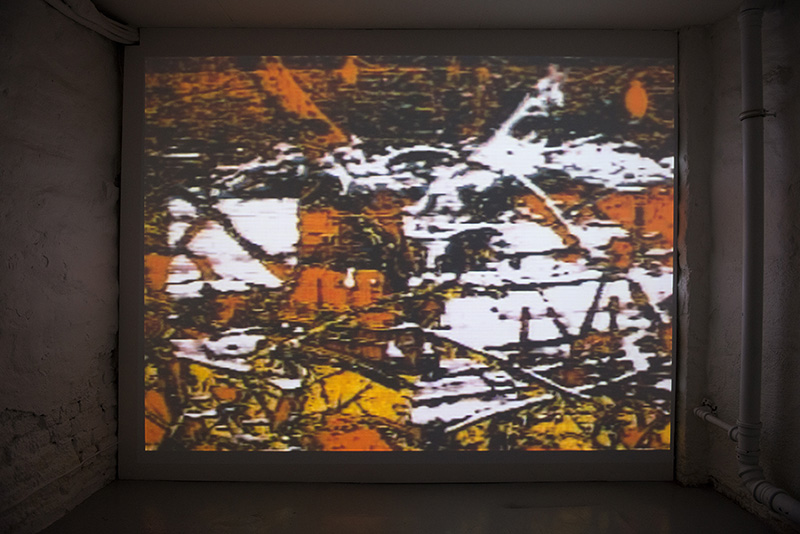 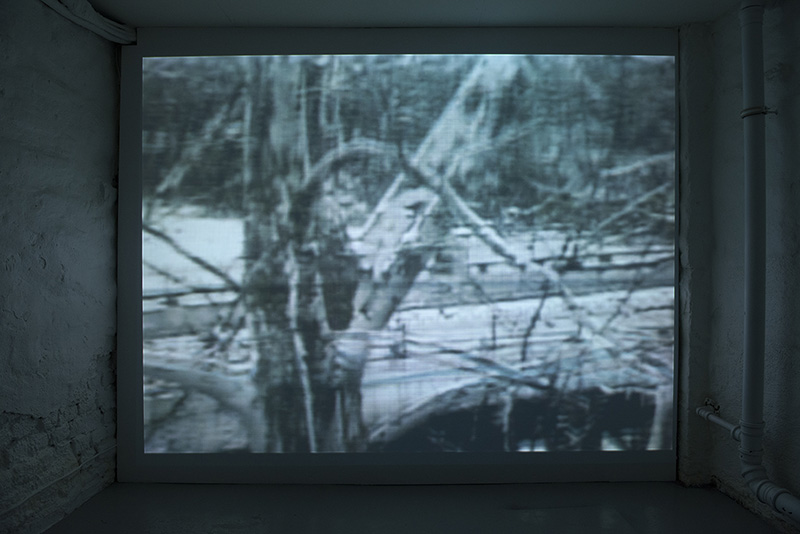 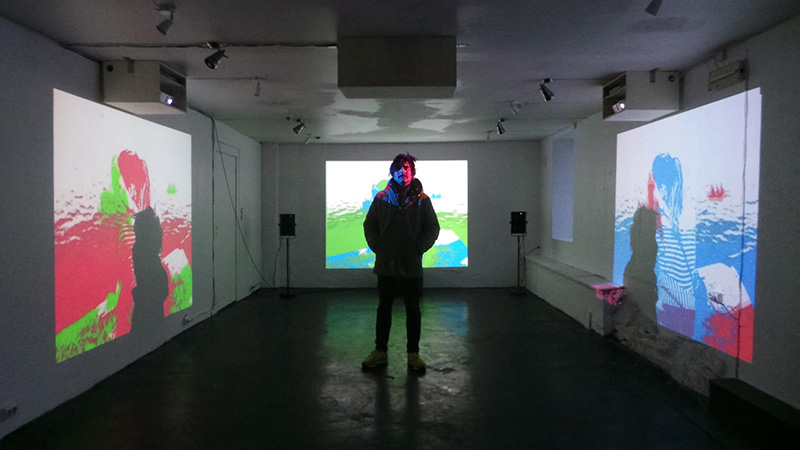 
Technical equipment for the exhibition was generously provided by