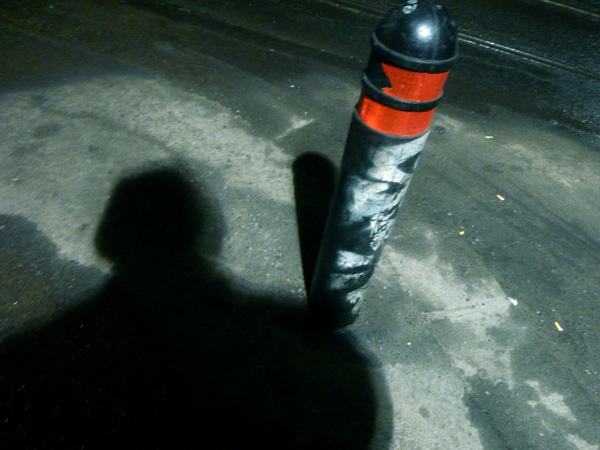 Platou’s sound arrangements don’t follow from an easily decipherable methodology, his process of composition not held back by a self-imposed conceptual stricture. Drawing on his experience from sound production for theater crossed with a loosely site-specific and archival installation practice, his exhibition at NoPlace will be made up of an alloy of pre-recorded and live audio. Simultaneously recorded sounds from outside is fed into a montage that comprise a wide array of previously recorded and found bits of audio. The recorded material is looped to provide a repetitive structure that the live feed rub up against, providing a structure of chance parallel to the meted compositions already in place. Slight delays add further complexity, and the soundscapes born out from this alchemy, despite their pull towards the arbitrary, seem to address rather precisely the junction where representational auditory figures lose their foothold and slip into abstraction.


Platou’s installations override any relegation of sound to a secondary animating layer, parting with the subservience of sound to dramatic action and other hierarchical fixtures of the theater. To the extent that he employs objects or dramatic elements other than sound in the environments he constructs, their function is that of vicarious spatial proxies, addressed to and directing the movement and visual attention of the audience. Esthetic primacy is preserved for the auditive.


For all the trivial connotations of miked up environments, what’s at stake in Platou’s work is the nature of perception and the contextual syntax that ascribe our perceptions meaning. Interjected subtly into this field of perceptivity, his arrangements work to unwork the habituation with which we treat the process of receiving our surroundings.