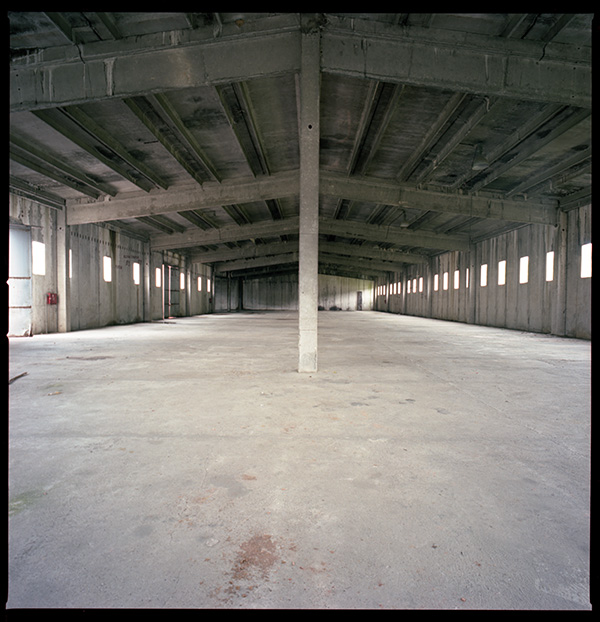 The short videos that Janne Talstad shows on old tube monitors built into the newly erected walls at Noplace, obviously rub shoulders with the show's title (overvåket means surveilled), inviting an immediate interpretation; short sequences depict the kind of enclosed, ominous spaces that are typically equipped with surveillance cameras feeding live to a next door monitor. Admitted, not all of them are interrogation rooms (if any) but the fixed frames and cold, decrepit interiors with their east-block atmosphere invite the popular imagination to project a paranoiac feeling of being incarcerated onto them. Nonetheless, facilities intended to hold people, more or less against their will, is certainly a recurrent motif in the exhibited videos and photographs, in Overvåket/Überwachung II.

The structures are now defunct and any surveillance equipment that would have been there long since removed, even if Talstad's camera briefly re-enacts this surveillance-function by committing the now vacant architecture to video. Prisons, warehouses, military facilities, mines, concentration camps, a hospital for children – it is safe to say that these structures weren't erected with today's media-saturated world in mind. Their visual impact is one of obtuse solidity, even now as they are overtaken by vegetation, graffiti, plunder and sabotage, they seem to defiantly withstand the outside – for a time at least.

With 3D printed houses on the horizon, architecture has become an industry on the brink of revolution, cost- and speed-wise. Though not a completely original category of images – reminiscent perhaps of preservation photographs or some other archival form – Talstad's images still work against the grain of predominant ways of representing architecture, channelling the heavy rubble of the past rather than the utopian architecture to come. In that sense it is not so much about architecture as a current theme but rather the historical importance of these places, the way they in some way relate to the past. Often tied to political struggles, tragedies, atrocious crimes and war they have acted as backdrops to decisive moments. Like the sniper-spot in Sarajevo they represent privileged viewpoints from which the direction of history has been decided, experienced, or at least observed in close proximity.

A few of Talstad's photographs are presented as vertical rows of overlapping exposures, due to a dysfunctional film-spool. The inclusion of these accidents speaks to an aim to include the means of representation in the act of mediation. This could well be the read as symptom of the humble politics of representation that underpin Talstad's project; history as such is absent, there are no ghosts of the past telling their stories in these images. Talstad's interiors, exteriors and landscapes are littered with traces, but the overarching narratives are muted, impossible to gauge from the images alone. Hence these photos are intended not as windows onto history but as ambiguous monuments that stick up from an otherwise empty landscape, a rudimentary topographical map of the architectural formations that history leaves in its wake, exhaustively observed.

Not only the ten video-monitors, buried deep in the walls, become features of the interior Talstad constructs, also the photographs are literally integrated into the architecture by acting on this new space as a form of wallpaper. 25 photographs in total, hung in close groups and in less than ideal formations they undermine the notion of the singular photographic image as a consummate whole, willingly letting themselves be coaxed and weaved into a larger fabric or décor. Dressed in wood from floor to ceiling the gallery space is rebuilt to accommodate a vision of history not as a series of events but as an eclectic mesh of inscriptions of architecture and geography, reassembled at whim – interiorised, so to speak. The abundance of materials, the awkwardness of the construction, the overcrowded walls, all speak to history's scenography conceived as a clunky, disparate object.

In a sense Talstad's installation depicts history with its loud and clamouring protagonists blotted out – a baseline of brick, concrete and disconnected plumbing. The metaphor of surveillance likens the surveying of the past with keeping the cameras running long after everyone has left the room and the building has been condemned, watching nature reclaim it all.


This exhibition is generously supported by: 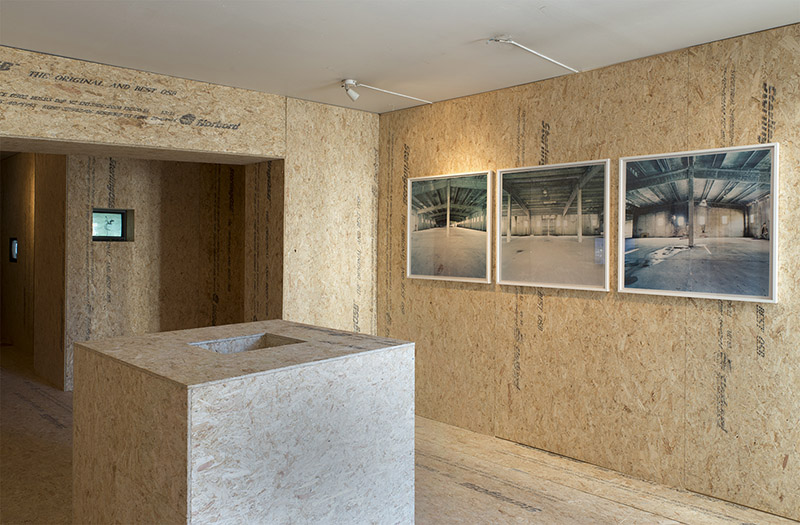 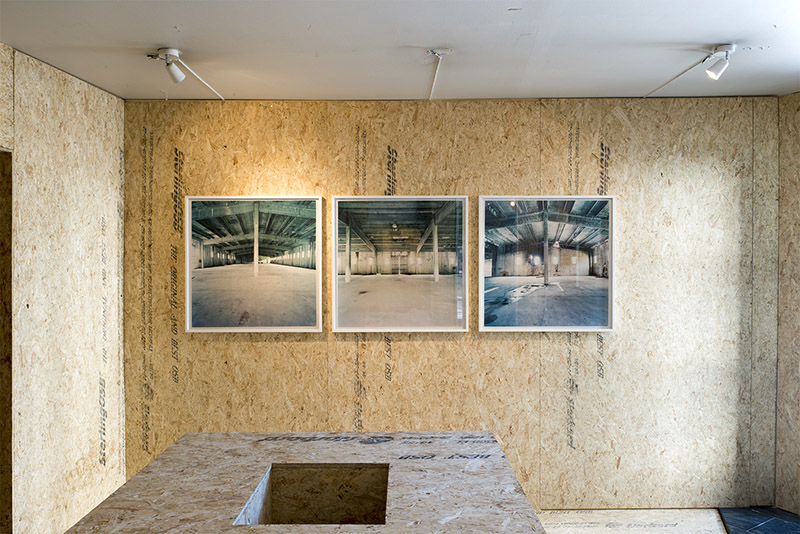 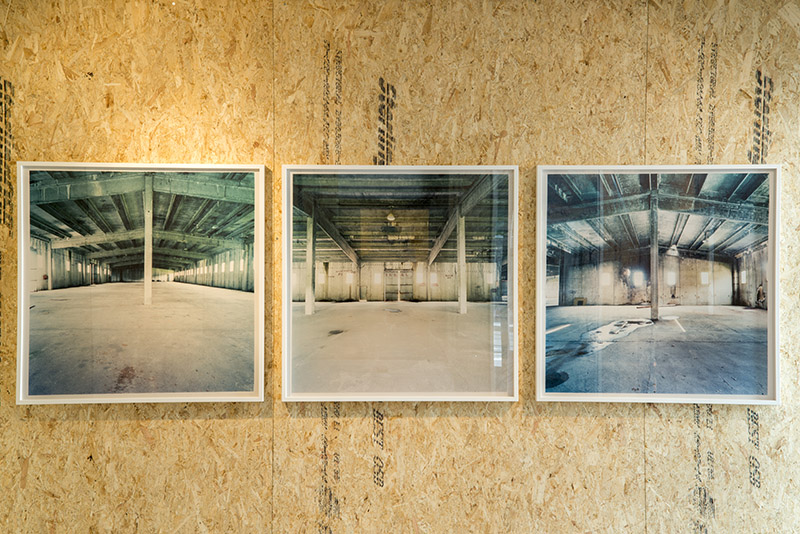 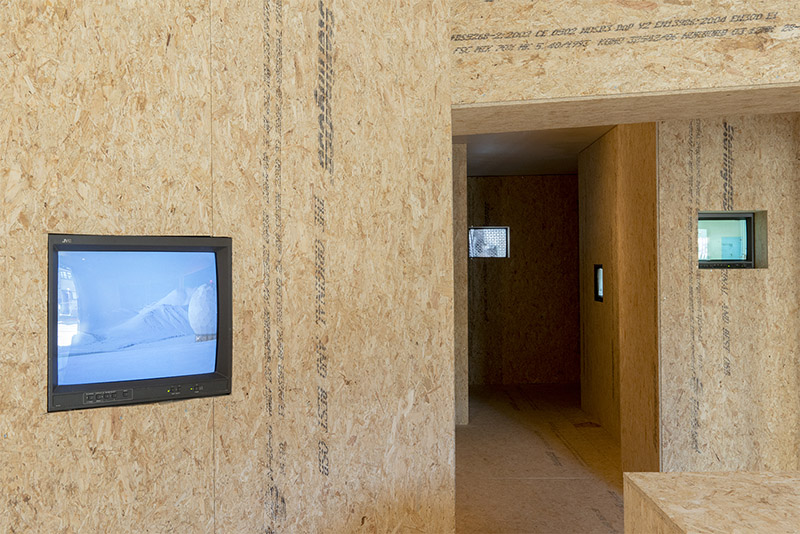 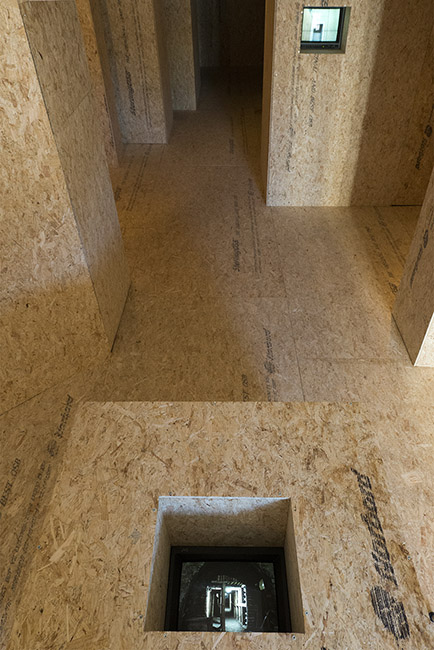 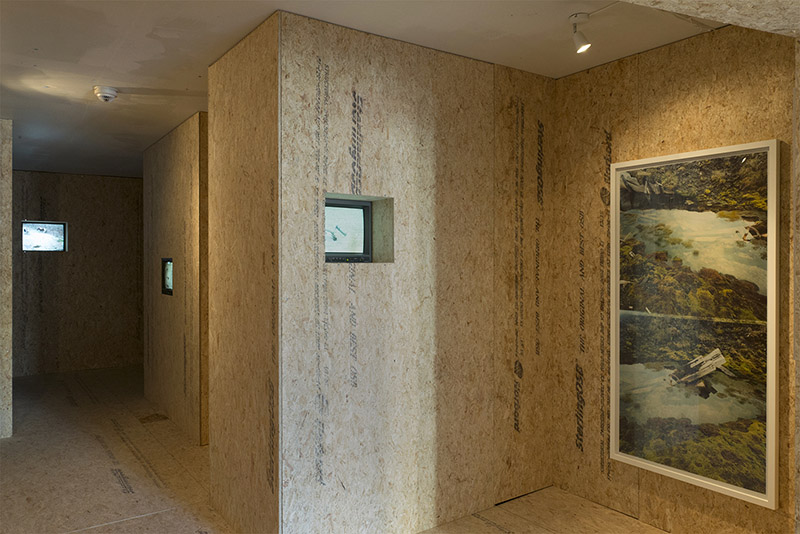 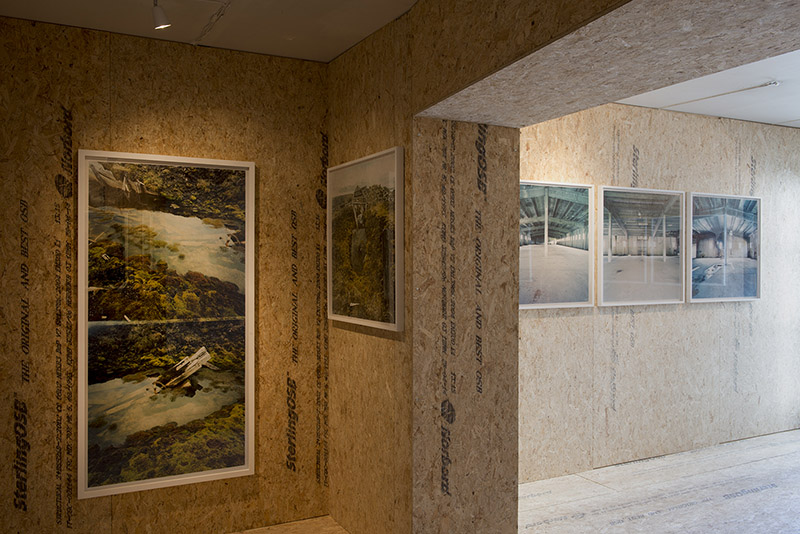 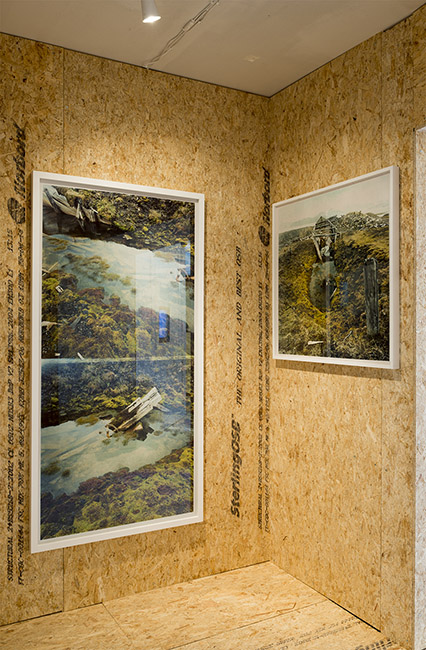 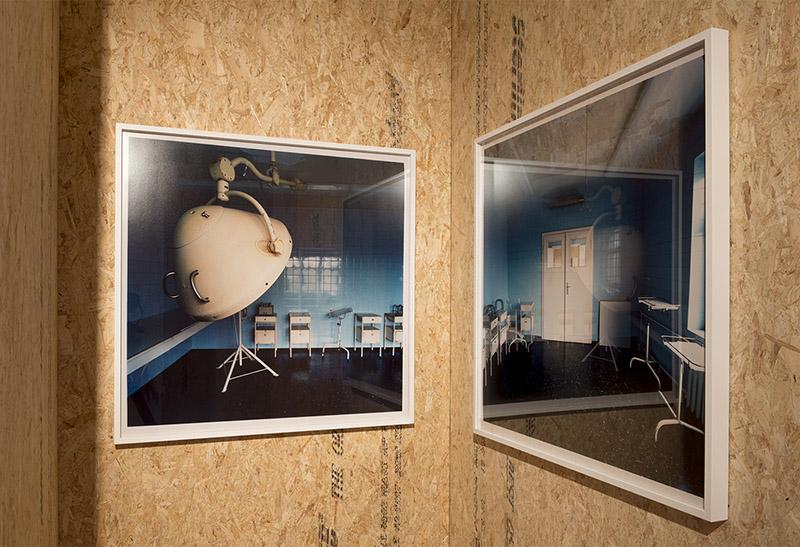 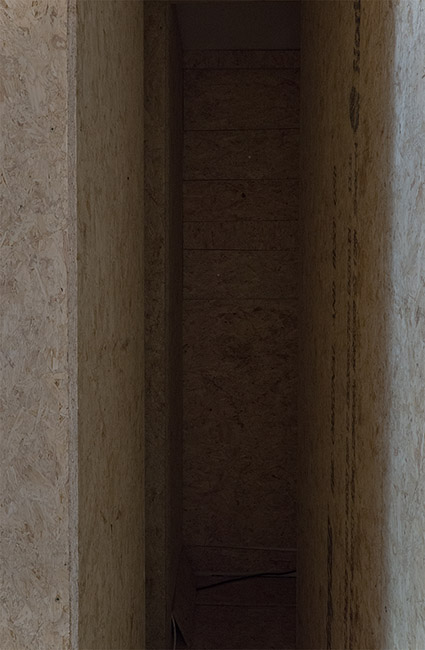 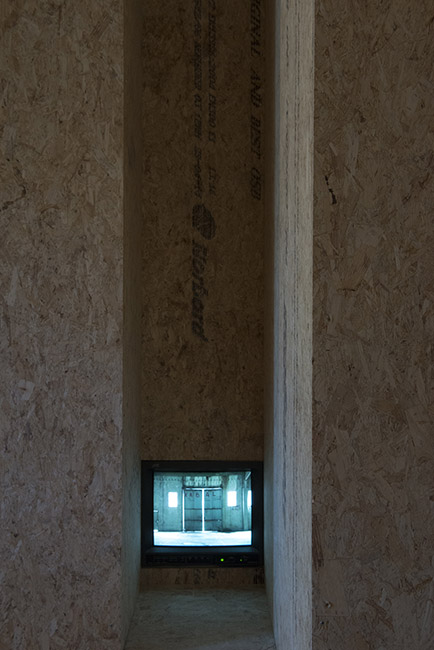 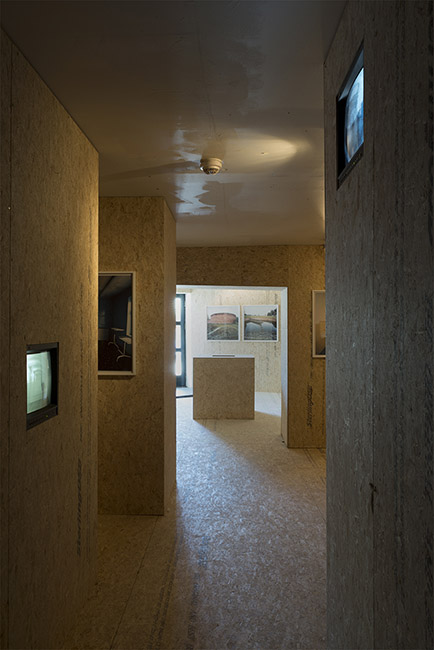 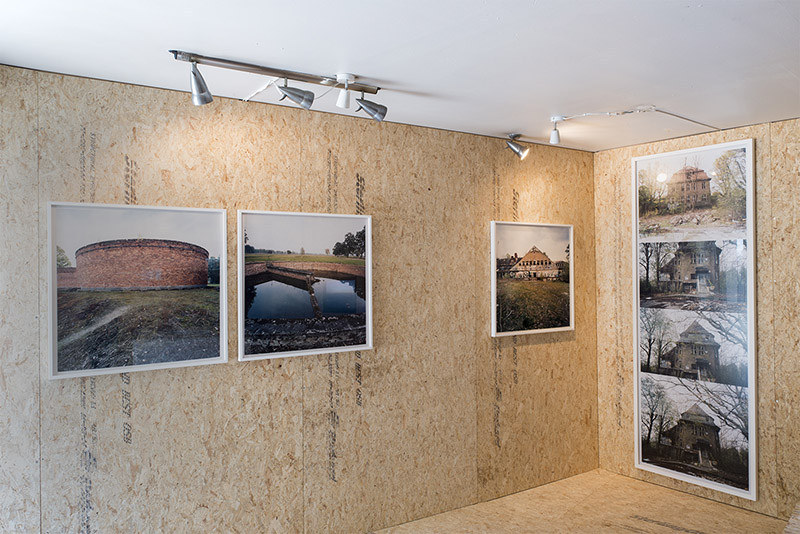 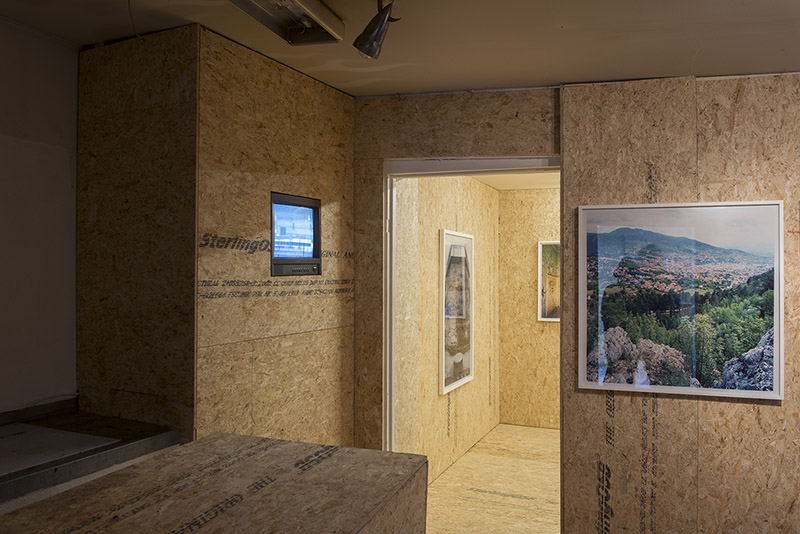 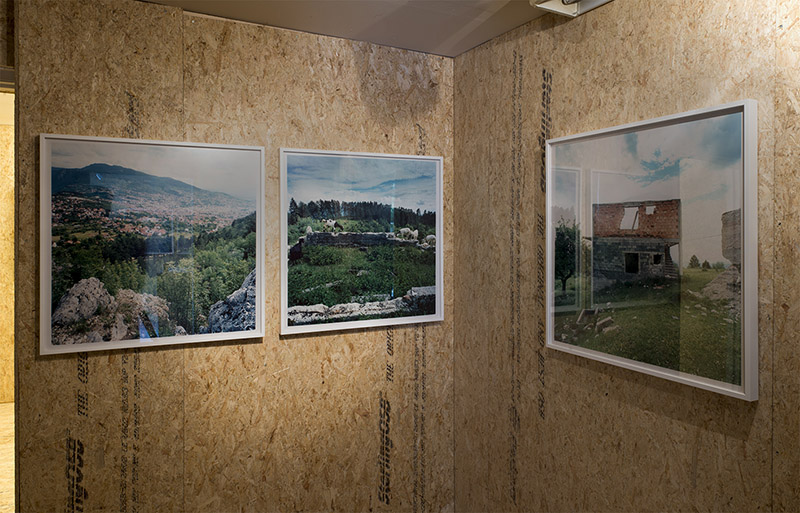 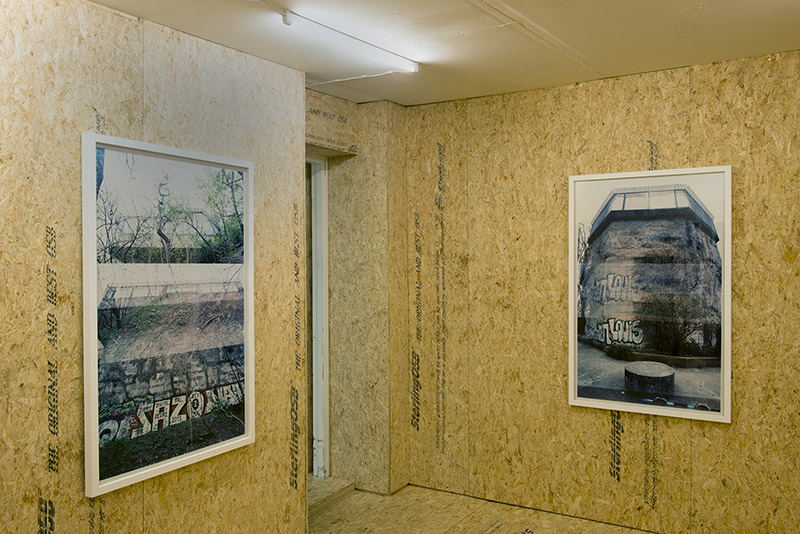 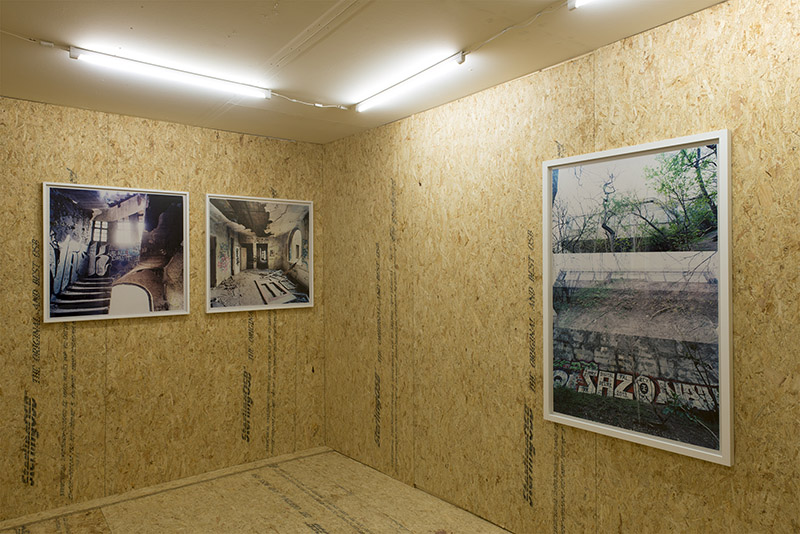 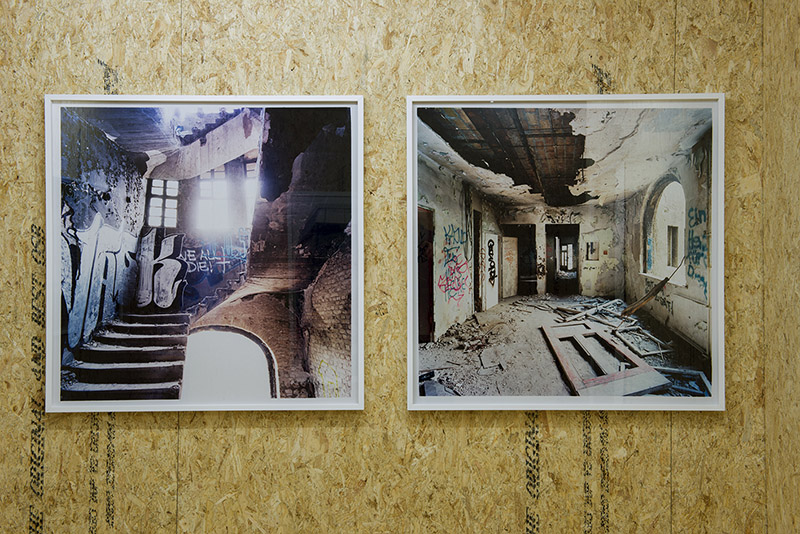 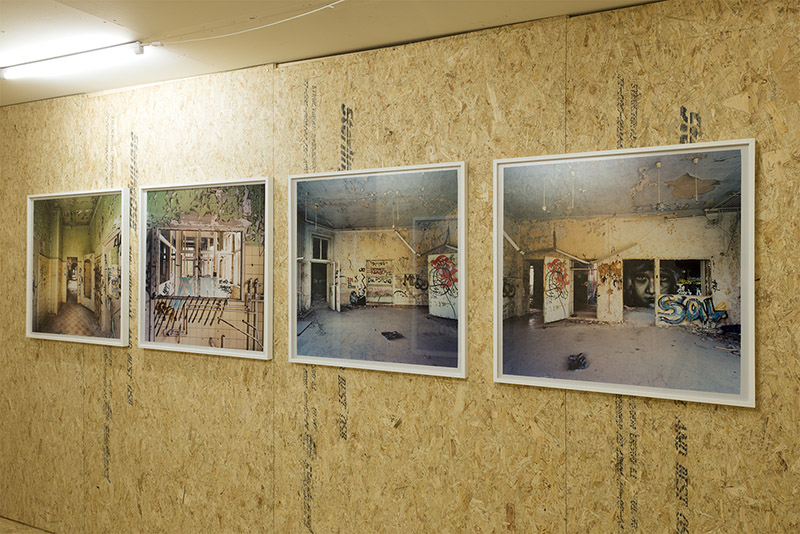 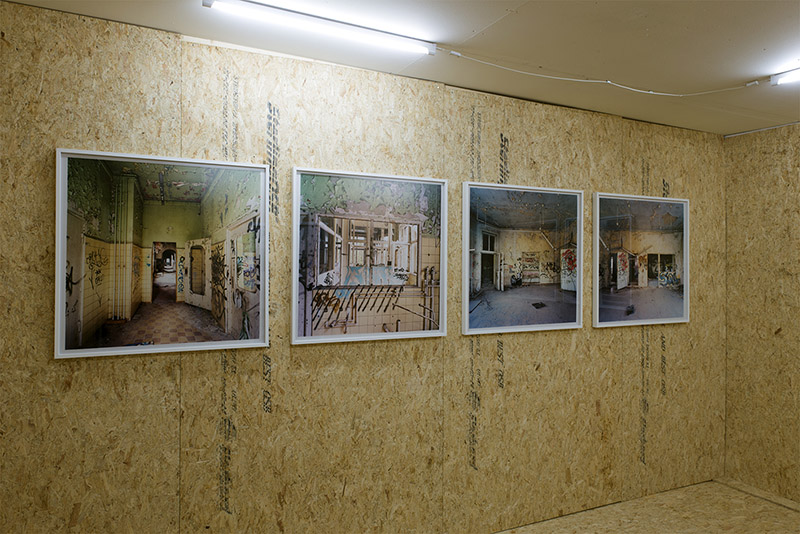