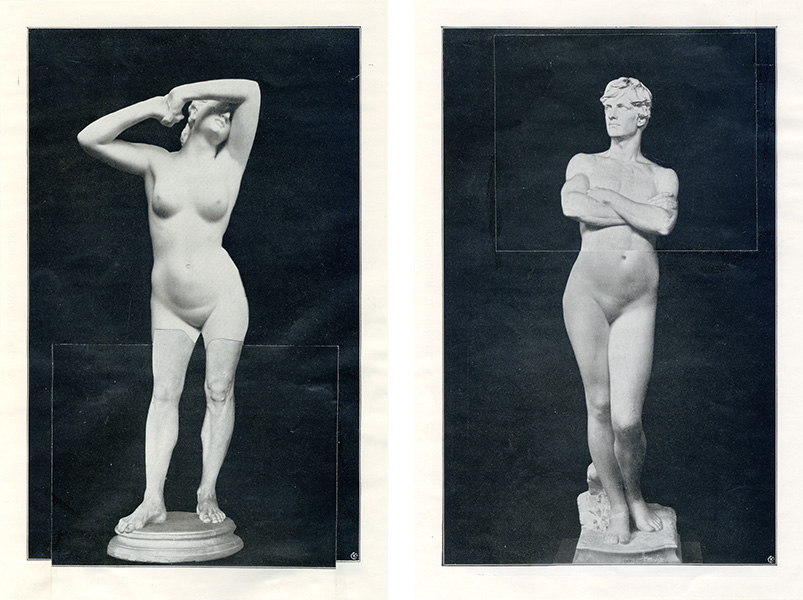 I remember visiting a section of 20th century French art at the Tate when I was eighteen. I stopped in front of a collage by Picasso. It consisted of a Minotaur inked on paper framed by a rectangular piece of wrinkled tin foil on a blue ground—if my memory serves me right. I like collage, so I stood there for a while. A couple walked up behind me. One of them addressed the work and said something along the lines of: —The crap you can get away with! Her partner mumbled agreeingly, then they moved on. Interpreting the lightness of Picasso’s collage as arrogance, like they did, is, I think, symptomatic of how the medium fared over the course of the century that it inaugurated, its market value consistently lagging that of more wholesome pictorial mediums like painting and drawing. Even if the traditional collage format by today’s post-conceptual standards must be considered a conservative mould for an art work, a repellent and transgressive quality still attaches to it; collage is easy, brute, arbitrary, dumb.

The term collage derives from the French word coller, to glue. Picasso and Braque who famously introduced the technique to art, referred to their early collage works as papier collé, emphasising the reliance on a particular material—paper. Whereas collage connotes the combination of paper and glue, even if it is often used in a less specific sense, the word montage, introduced in plural in the title for Christian Messel’s current exhibition at Noplace, is mostly associated with the concept of a cinematic montage—short shots put in sequence to suggest the passage of time in a condensed form (or alternately, in avant garde cinema, to articulate critical meaning through juxtaposition). Messel’s “Montages”, however, consists exclusively of paper collages, assembled from books and magazines picked up at flea markets. Old b&w photos have been cut up and mixed to form surreal meta-objects or evocative mise-en-scènes, figures inserted into landscapes that half repel them, fragments floating over vacuous backgrounds. “Montages” is haunted by an expired idiom.

The cut-and-glue grammar of collage juxtaposes elements in a way that achieves an effect similar to cinematic montage. Upon impact with the viewer collages tend to skip a beat; their parts jar with each other. The parts of the narrative that have been omitted in cinematic montages exist only as hazy suggestions beyond the frame. Collage likewise reduces the original context of the bits and pieces it is made up of to a nebulous phantom limb extending from their fresh edges. Arguably, the original context of collage bits are crucial to the identity of a collage work in much the same way that the left-out bits in a montage sequence are to the temporal logic of a story. In order for a collage work to obtain its defining precariousness its pieces must remain at odds with the whole. Their origin matter, not as specific data but as testimony to the fact that they used to belong somewhere else.

The level of visual integration between the parts in a collage work varies, of course. With digital editing tools you can smooth the edges and adjust the patina, bolster the illusion of unity. Digital imaging brings the palette of collage closer to that of painting. The two mediums traditionally occupy different extremes on an integration spectrum; painting is a liquid whole, collage a jarring assemblage. But the screen and its attending software levels these media differences. Messel restores to collage the relief surface that the time-honoured procedure of cutting and gluing paper achieves. What could be mistaken for nostalgia is also a means of better focusing the significance of the technique itself.

Cutting a part out of a picture produced on paper invariably creates a 3D-object. The collage bit retains this 3D-quality even after it is glued to its new ground. The paper-white edge revealed against the layer underneath underscores how the paper slips co-exist on the plane of the collage picture without resigning their individual identities; it stresses separation, giving visual proof of the violence exerted. Messel is noticeably occupied with these white edges. In one of his pictures two identical reproductions of a flower arrangement in oil have been overlaid with minute precision. Parts are cut out from the image on top, and the paper’s white edges predictably stand out against the the dark, glossy patina of the twin below. Another work features a layer of gold leaf glued onto a page from a magazine that carry an image of a gold bar. The bottom of the page has then been torn off, predictably leaving a broad, uneven edge . The tear rips through the gold leaf too, suggestively fusing this gild to the photo, making the two elements of a piece with each other. Gold is actual value. The fact that it is the destructive act of tearing/cutting—synonymous with collage—that fuses the gold to the otherwise worthless paper, suggest a relation between the disconnection-gesture of collage-making and conspicuous value-gain.

After all, tearing a thing from its original context echoes the process of commodification. Abolishing the bonds that tie a thing to a specific place—and thus impede circulation—is crucial if the aim is for it to obtain market value. Contemporary art is valorised for its migration-friendly design; it comes already cut-out. Statues, a figure that represents art in a markedly more site integrated mode, crop up in several of Messel’s collages. A female torso merged with a male pair of legs, blurry photos of naked people put on plinths—Messel’s altered statues challenge the fixity of the genre. “Such suffering needs no caption” reads a tiny slip of paper. Captions usually supply an image with facts about its content. This is the only animating text in the exhibition (the titles are mostly just numbers), but the subject it ascribes this suffering to is absent. The proposition seems to be that suffering here is dispersed across the whole. Collage means business. 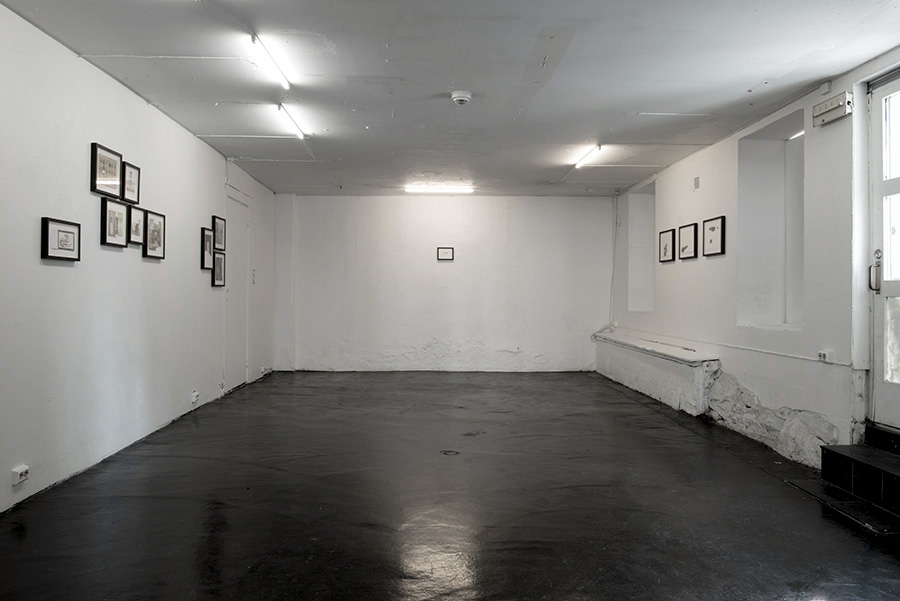 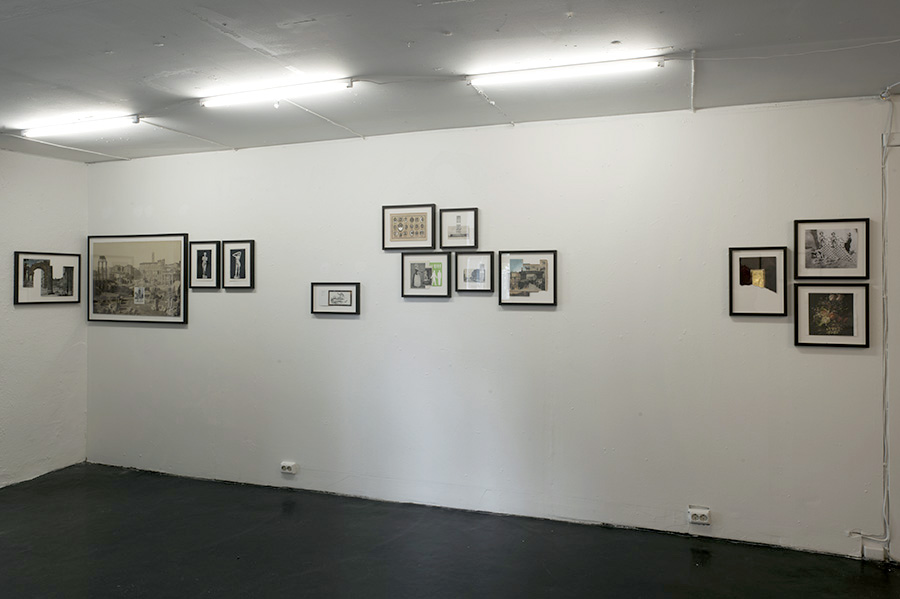 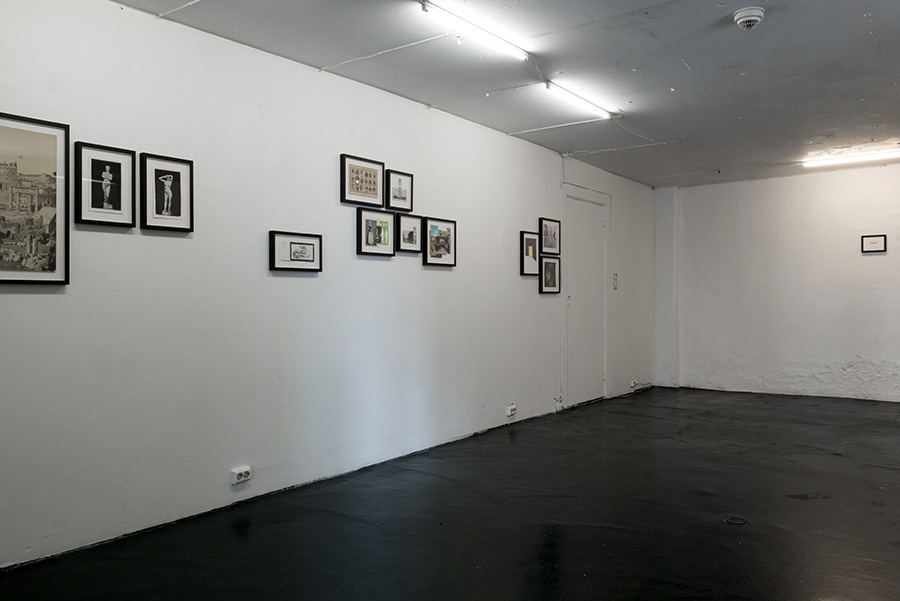 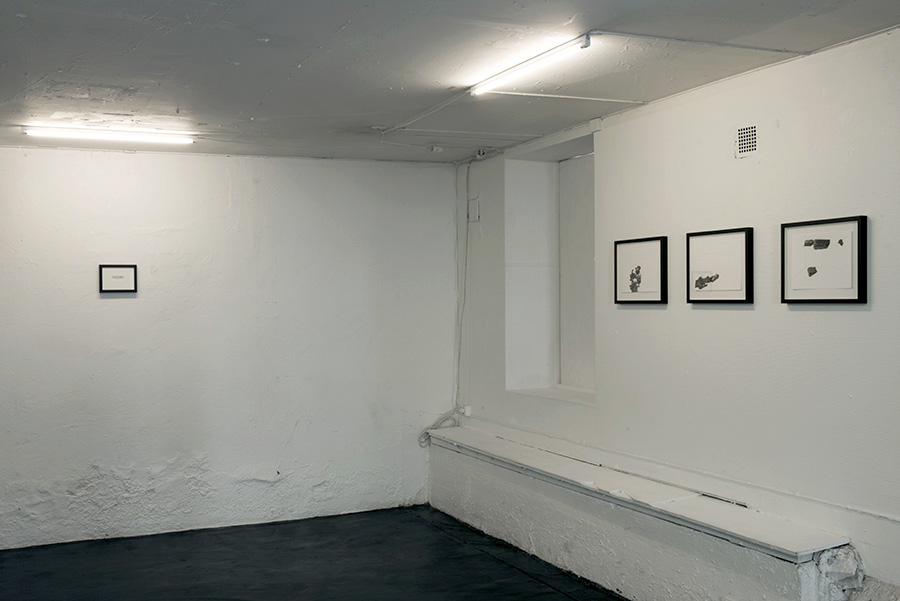 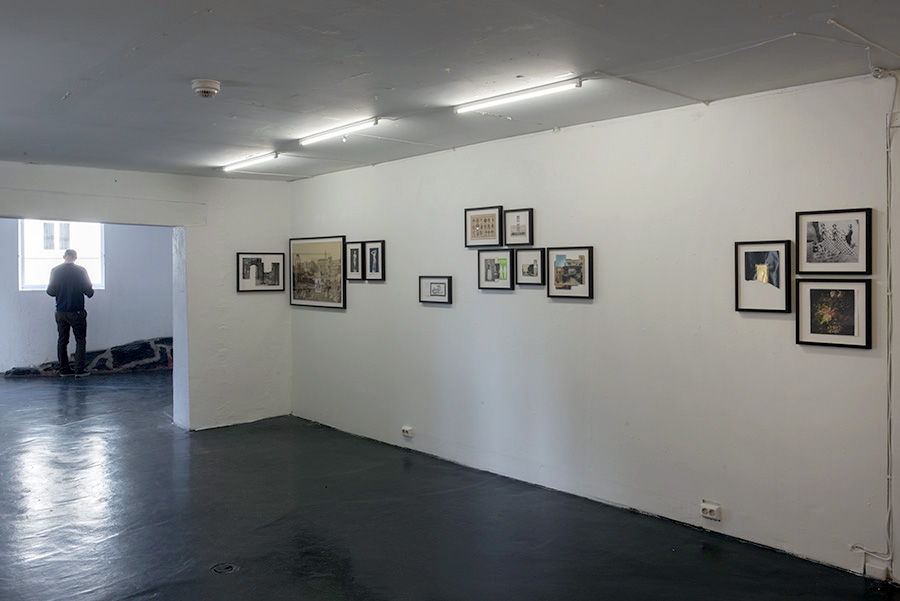 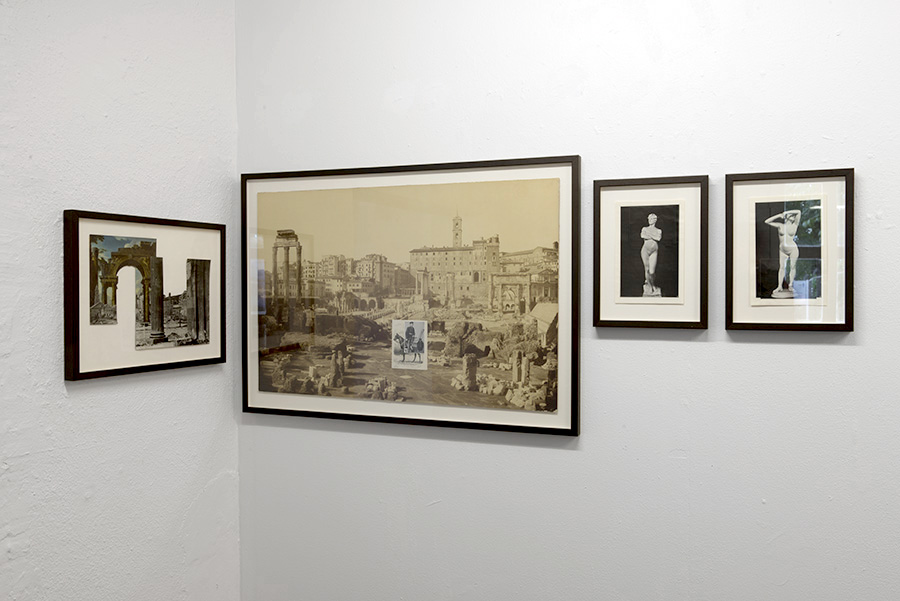 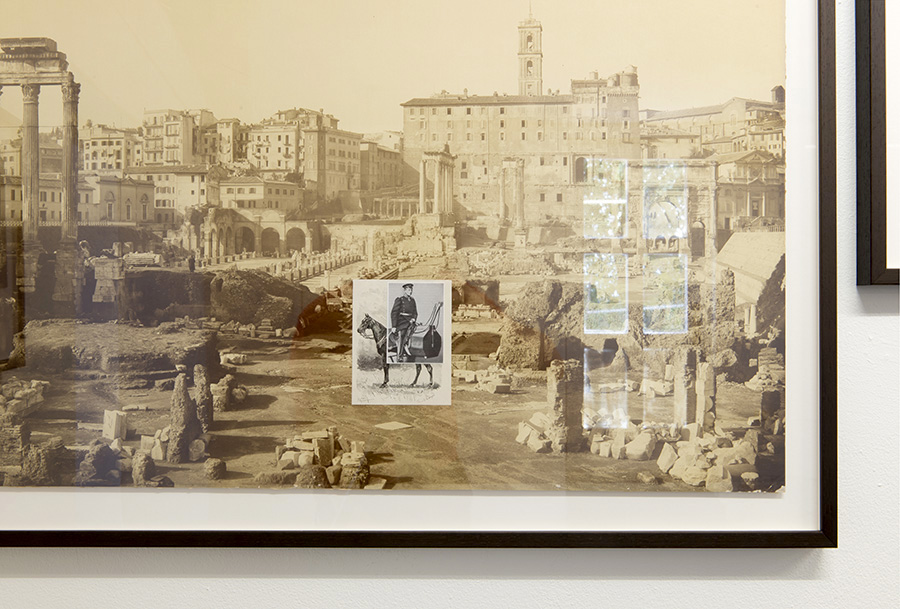 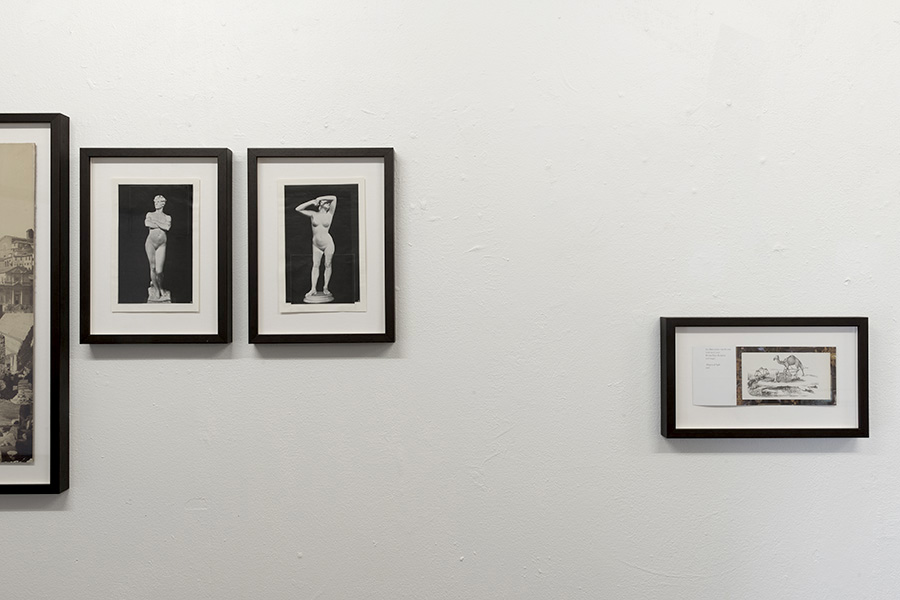 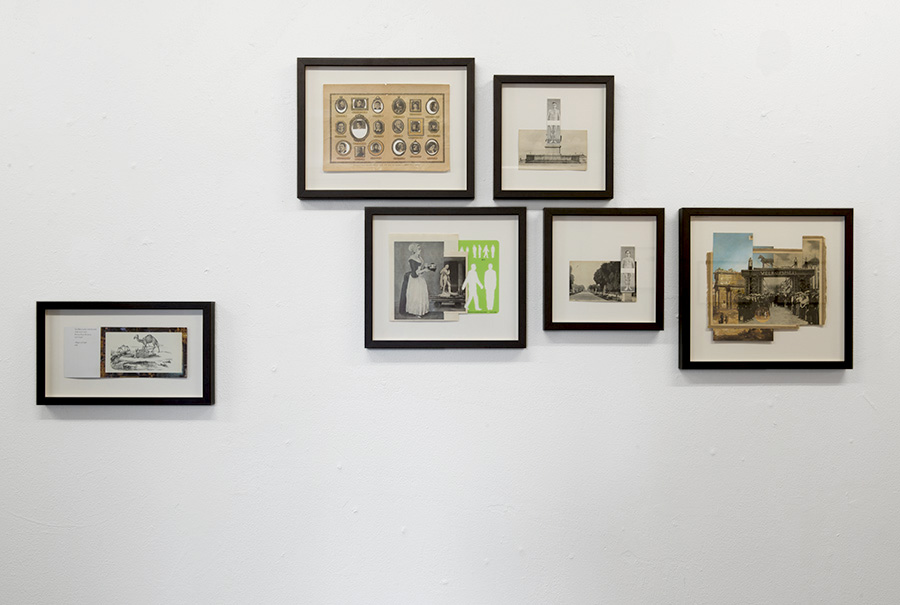 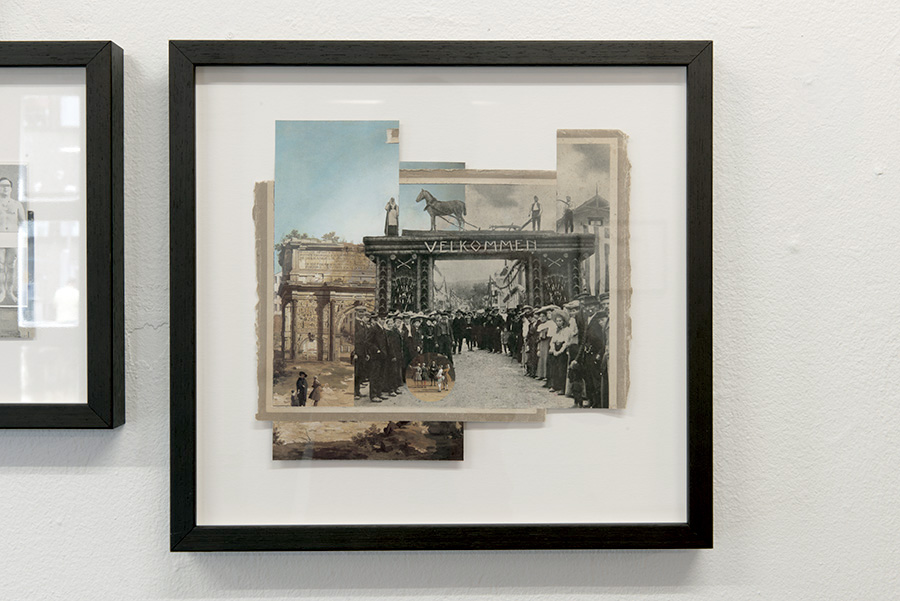 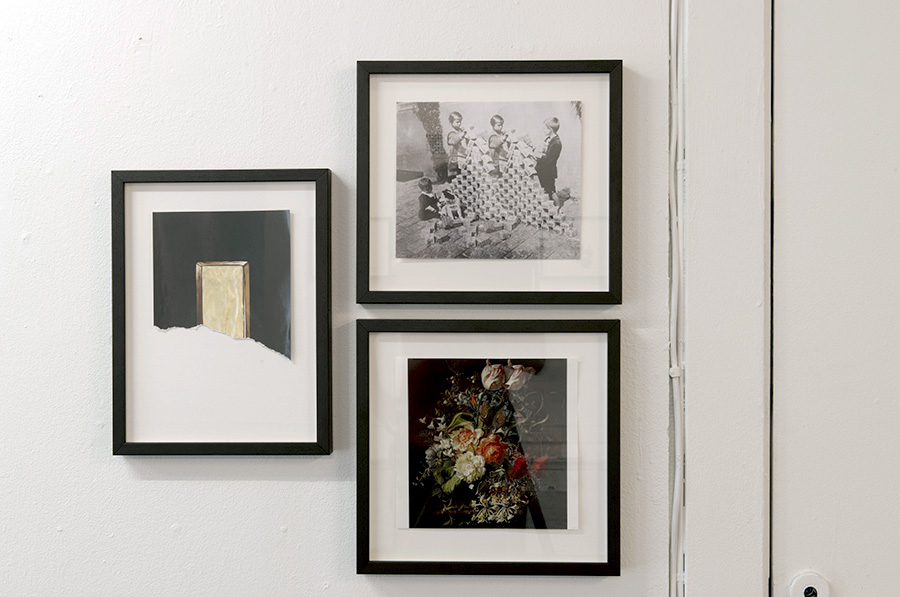 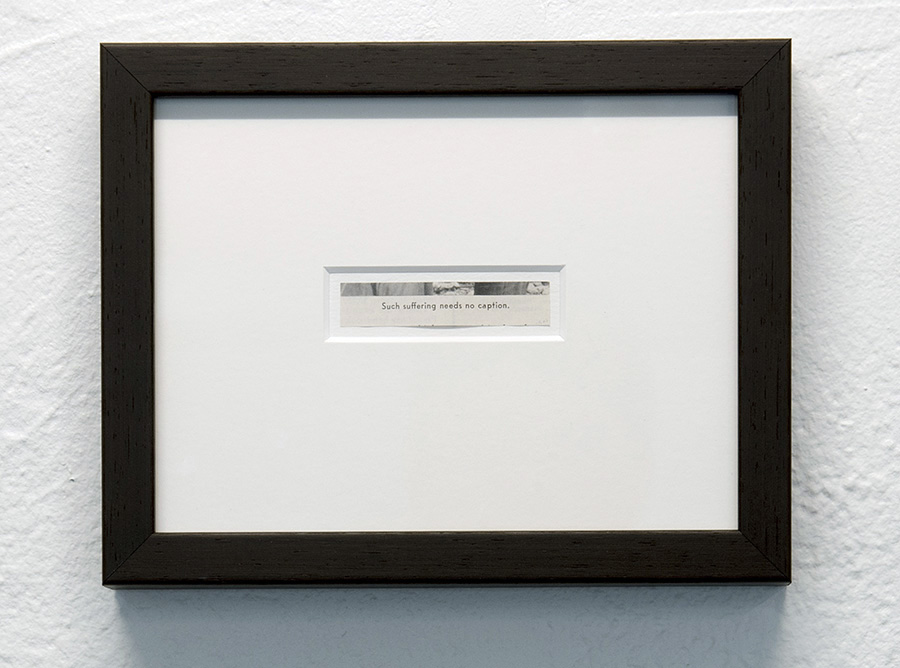 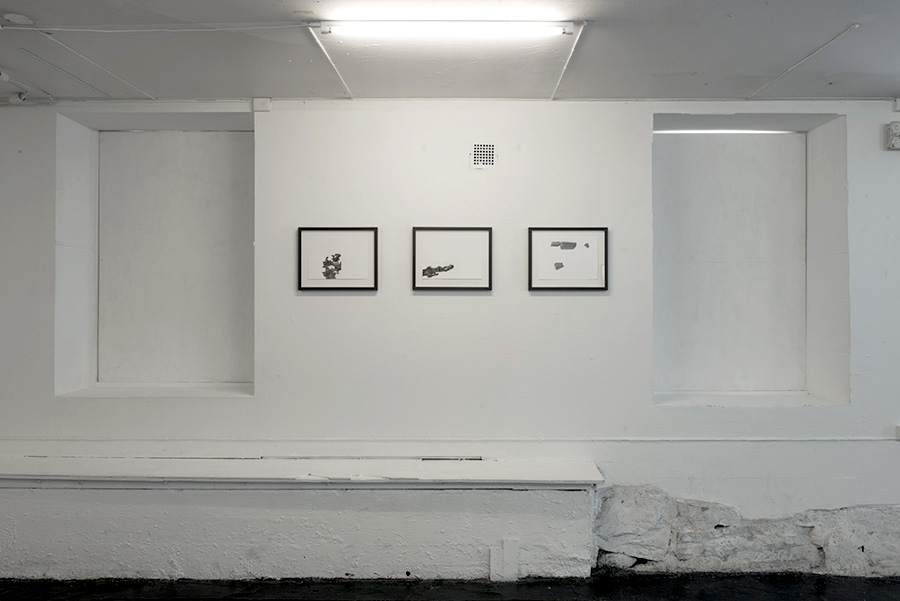 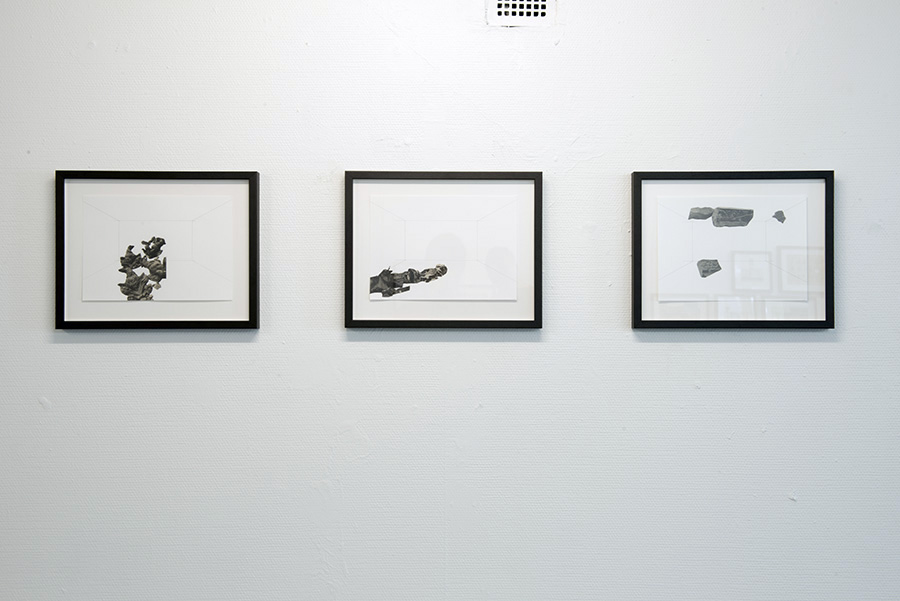