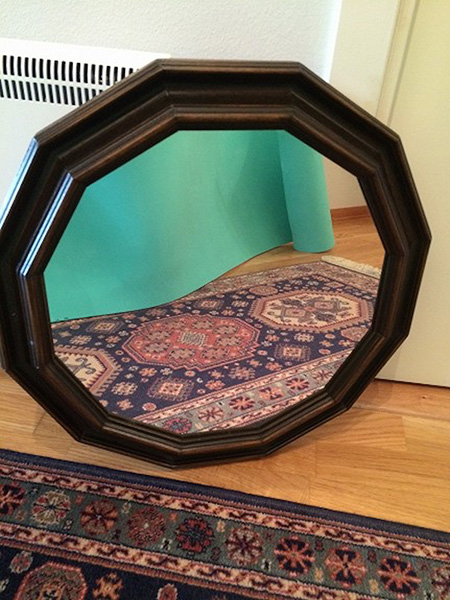 Maarten Sleeuwits presents a serendipitous gathering of objects held up at a certain point in their existence. Second hand mirrors with prints instead of reflections, showing the moment they were photographed for resale on the digital marketplace finn.no. Ornamental decorative spoons made from pewter, also second hand, melted down and recast in the same shape, fusing their patina with the material as their molecules are rearranged by the heating and casting process. A table specially made by the artist’s colleague Nicholas Riis for display. Several hundred imprints of the palm of the artist’s hand, cast in plaster, marked with the time of their making and catalogued with brief descriptions of what the rest of his body was doing during the timespan he was gripping the hardening plaster.

Perhaps these objects will start a conversation that might later be faintly recalled and elaborated upon.

As everyone knows, chance is not random; but closely related to fortune, and unlike fate, it is very important to tempt chance in order to get interesting results. Life if looked at from a certain point of view could be described as the expenditure of time fulfilling tasks. In some ways, the practice of making art is a realization of this fact by the setting aside an amount of time dedicated to doing nothing in particular, which as it usually turns out is more or less impossible; something always happens anyhow.

Self-reflexivity at its root is a close companion of vanity. Noticing your own reflection means awareness of self, and with that the impulse to figure out and improve. Like a camera, except the mirror, like memory, can never decide on a certain picture, instead there is endless indecision, reformulation and adaptation. Rendered opaque by a frozen moment in time and space, the person that pushed the button is captured. Here their reflection is not self-conscious, but all gaze and intent, however aware or unaware of the implications. Disastrous to the point of being comical, or subtly appealing, a simple reproduction of a no longer wanted object that is to be resold, is forced to give up a few of its secrets, or not. Maybe there is just a moment of aesthetic awareness, a moment of being outside the patterns of behavior we tend to fall into.

They are all right hands, but as it turns out the artist is left handed, so they are not really right hands, the right hand is free to pursue more productive activities, such as drinking a beer, or delivering a child to kindergarten, or nothing in particular at some place. Cataloguing the imprint of a palm grasping a piece of plasticity, does one have a bearing on the other? Thematic connections come to mind and arise out of a whole; incidentally also how the mind works with memories, as our experiences don’t come with date stamps. Is there, for example some significance to the act of holding, shaping, with the inside of one’s palm? Any collection of objects can always be put together in a system, but there are so many to choose from. Why for example keep a knife in the drawer instead of next to the fruit – shouldn’t what cuts be close to what needs cutting? Individually their stories seem bland and nondescript, of little consequence, but there are many to consider. Things form systems.

In the system of language, the notion of grasping, ripping an idea out of reality and making understood or forming a pattern that can be reapplied to gain understanding. The ubiquitous word “concept” for example, seems to be etymologically related to taking into oneself, somewhere between grasping and conceiving. Or not understanding, the thing that seems just out of reach, or can be faintly glimpsed between the cracks of the boards it slipped between after being dropped. The act of taking something into one’s hand is not something so simple as allegory or metaphor, but a direct line to the complexities of being inside a body. Maybe in this way we have always been cyborgs, existing partially through objects and their associations as extensions of our selves. In the shape of spoons, pewter: a nostalgic material used mainly for such base things as ornamentation and decoration, representations not really intended for practical use, it is not at all modern. The spoons have been melted down and recast in a mold of their original shape, fusing their patina with the material as the molecules are rearranged, shiny surfaces with slight imperfections from the casting process. These things have always been more for looking at than for gripping, but they still look like they want to be held. 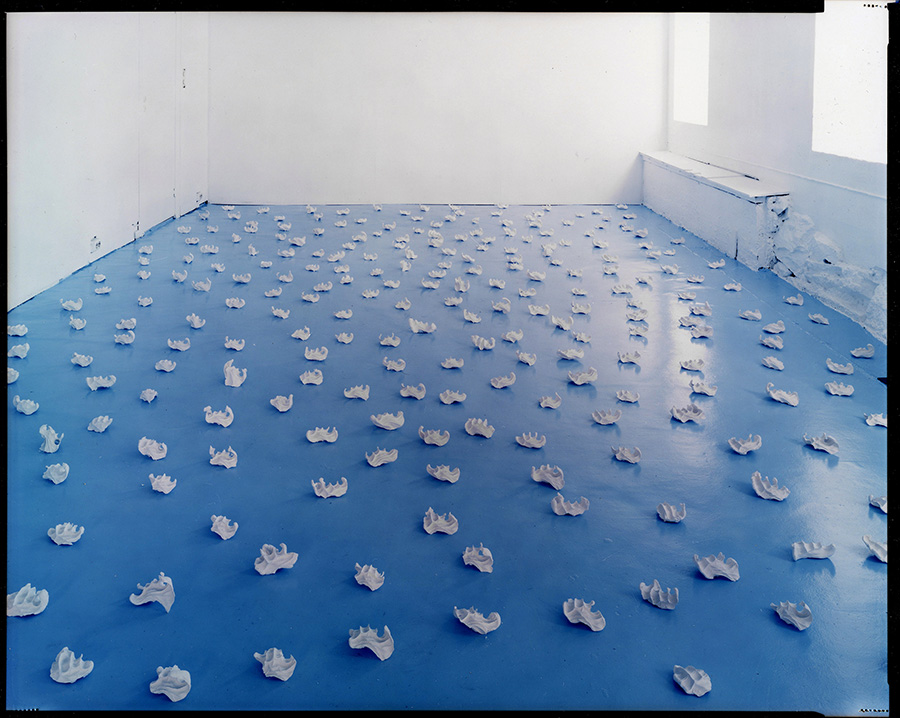 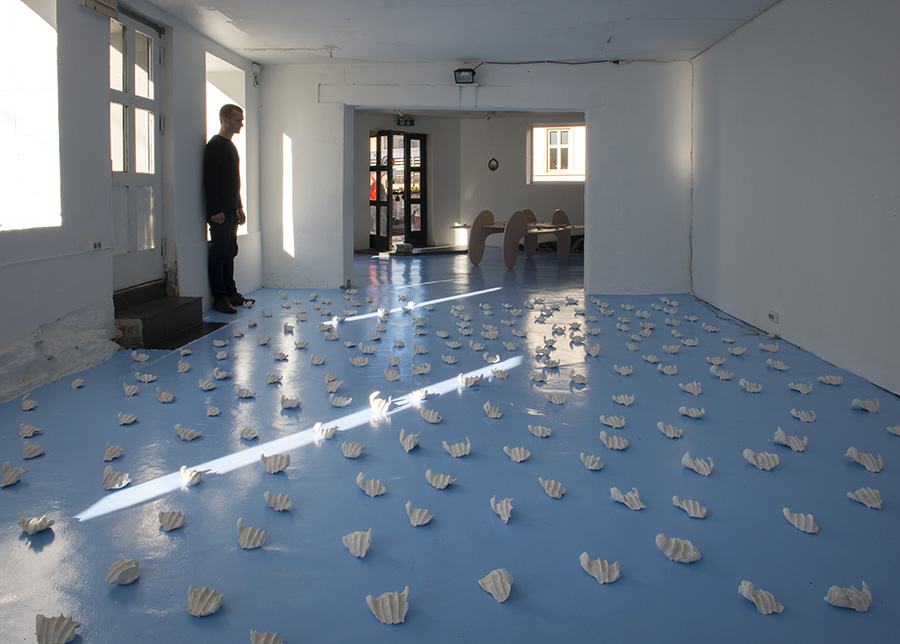 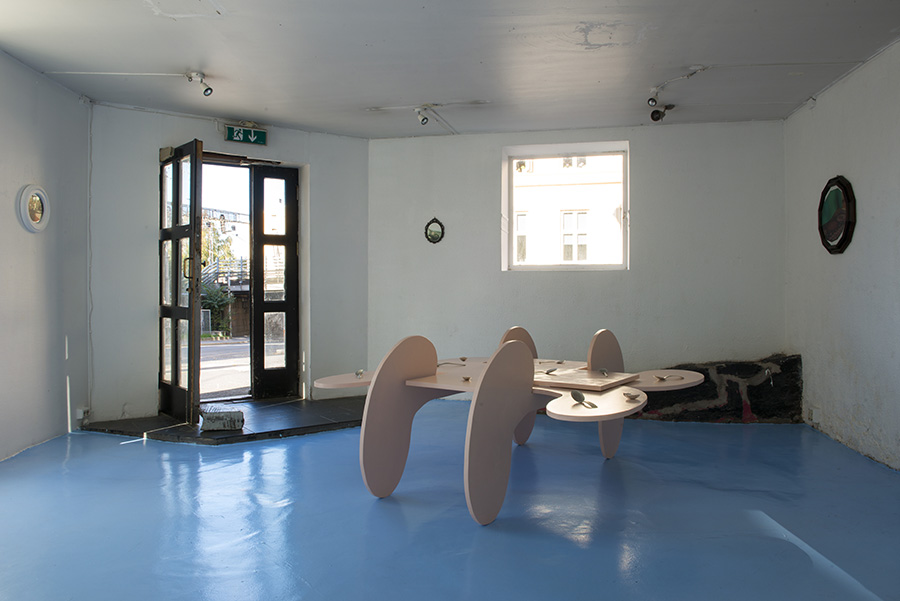 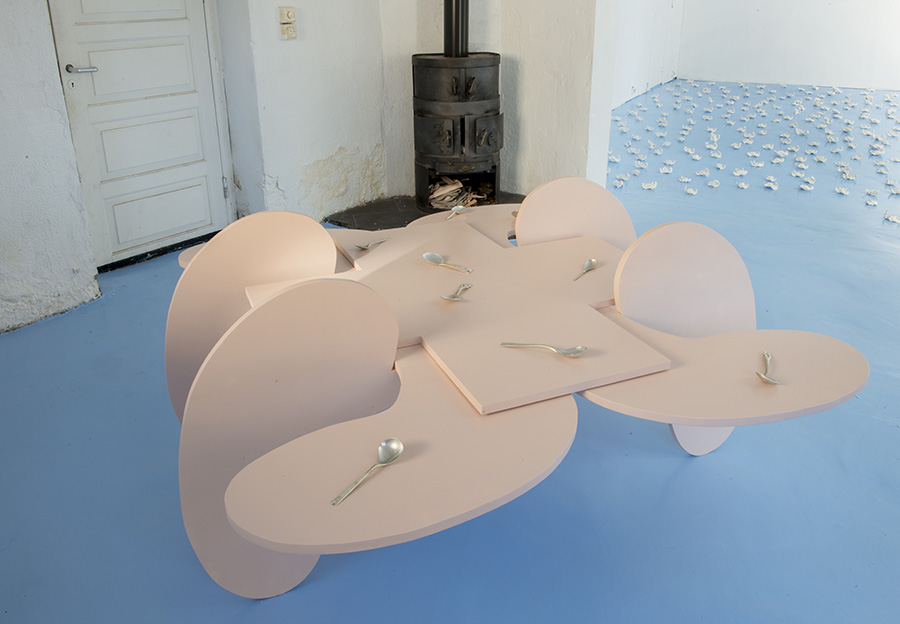 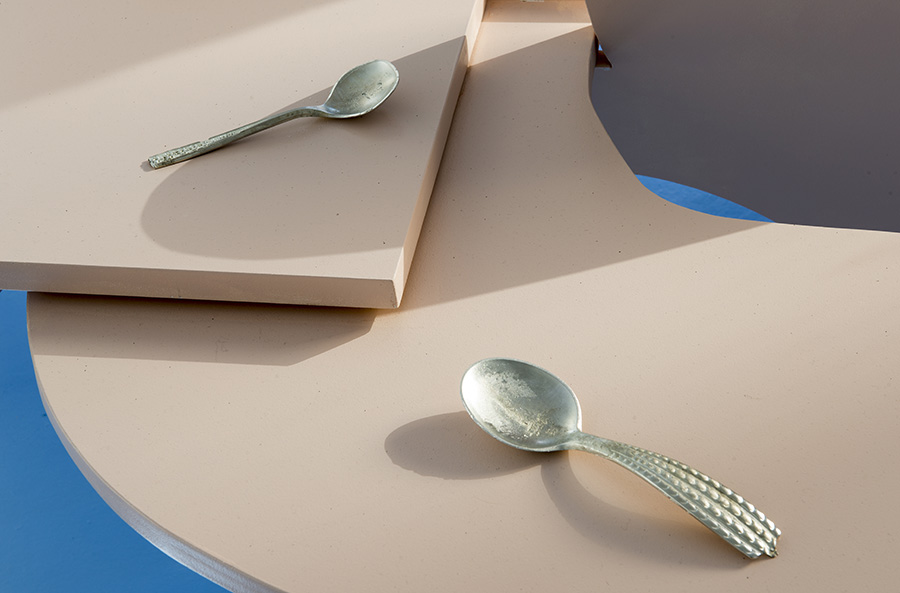 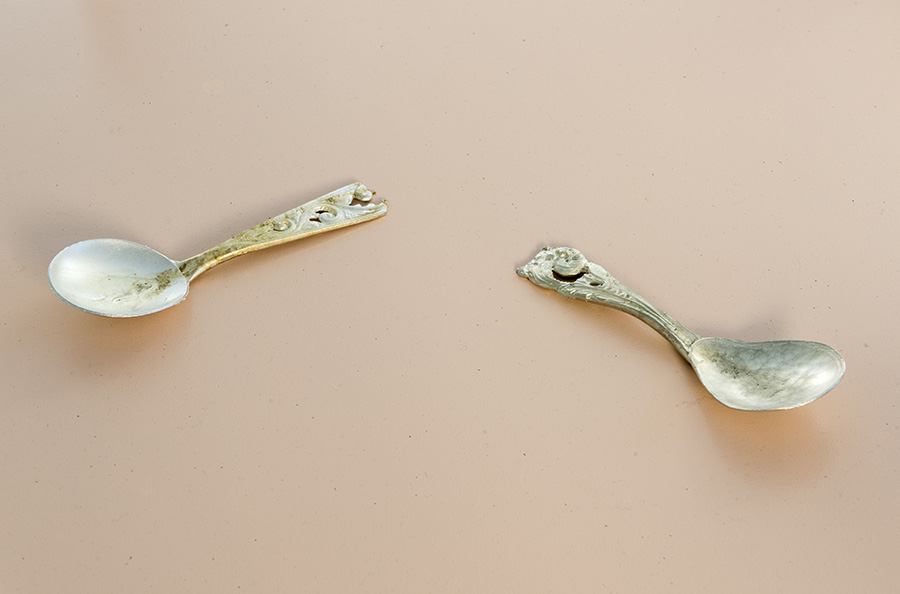 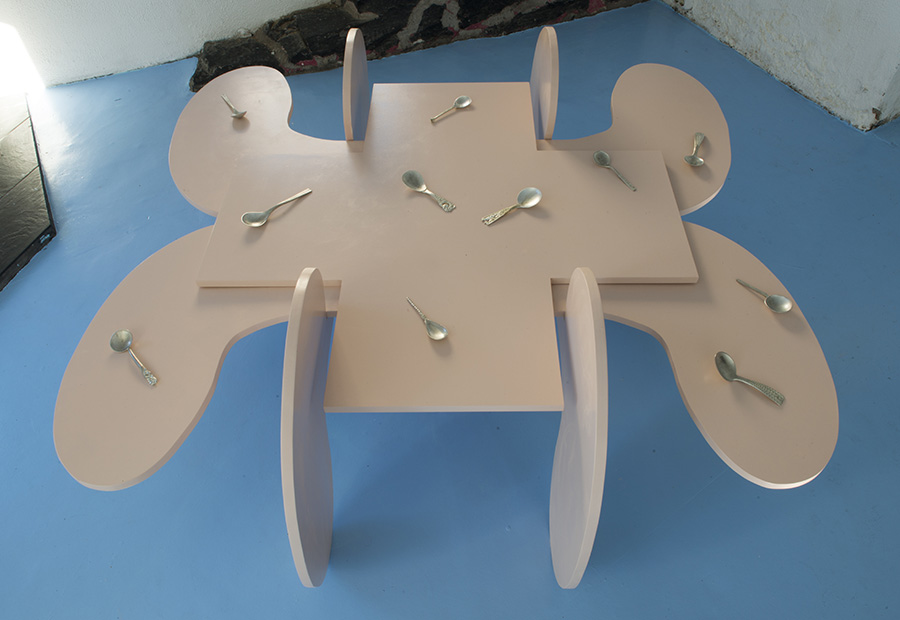 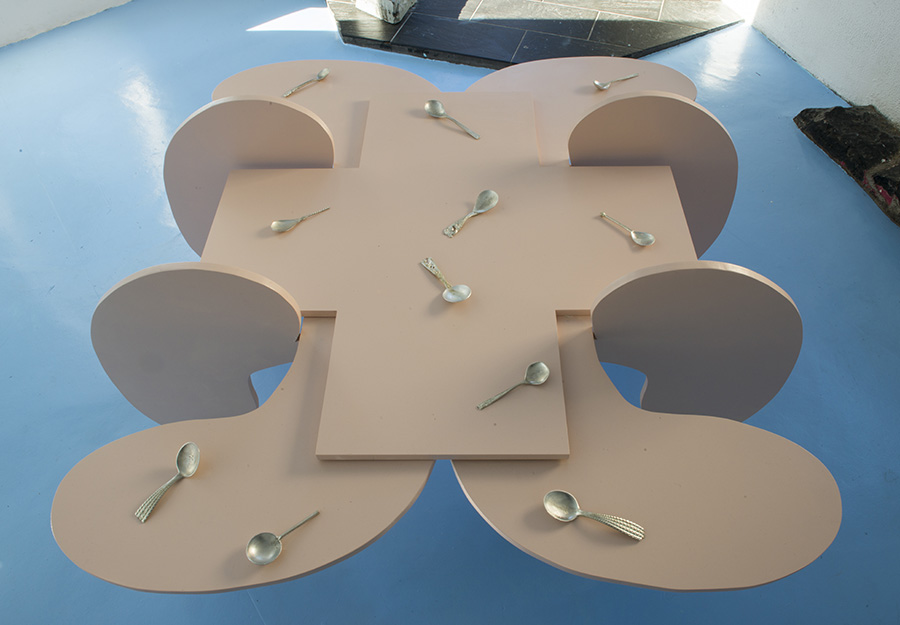 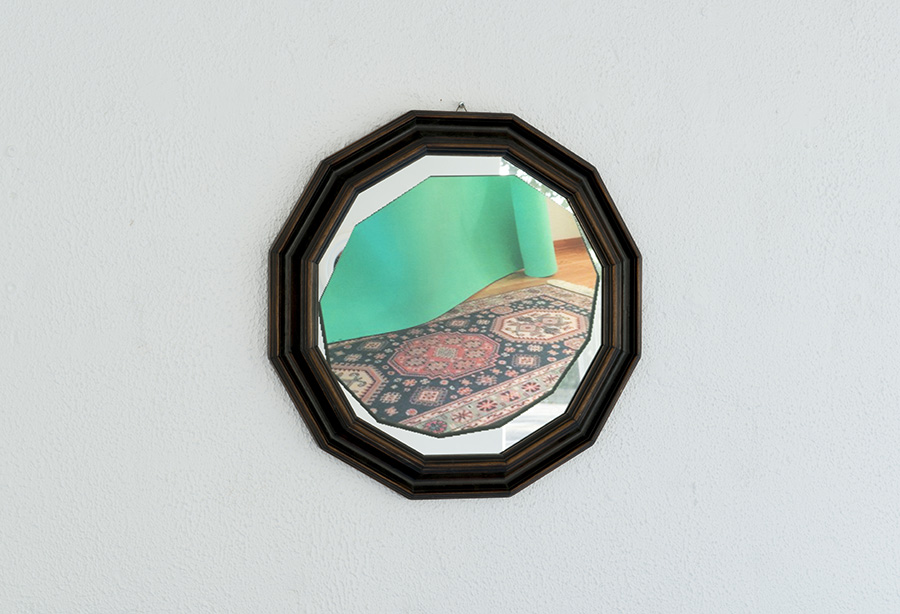 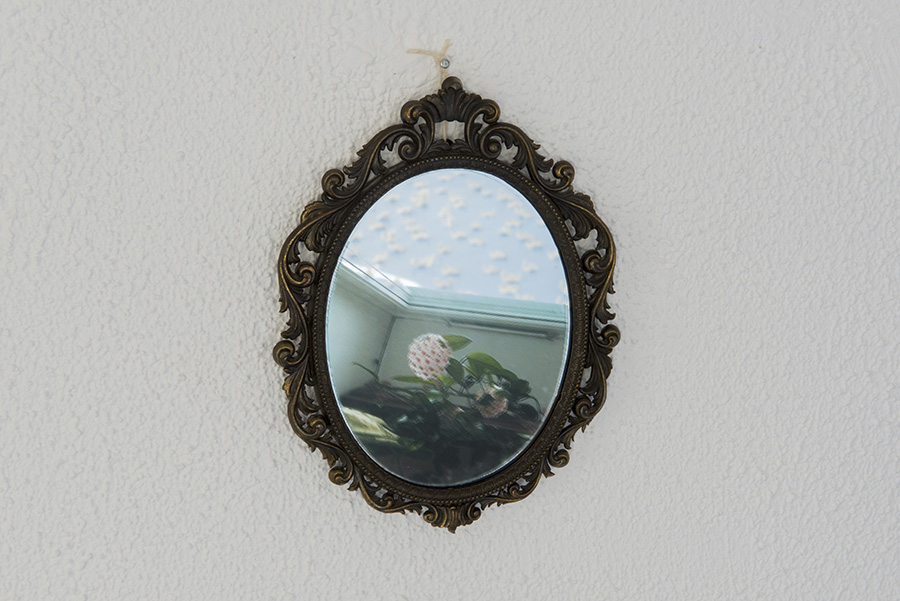 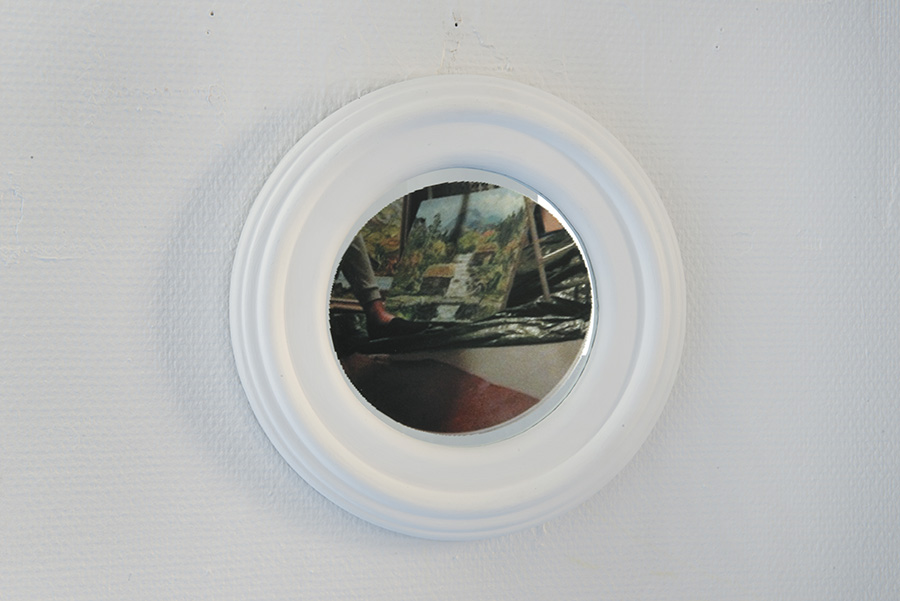 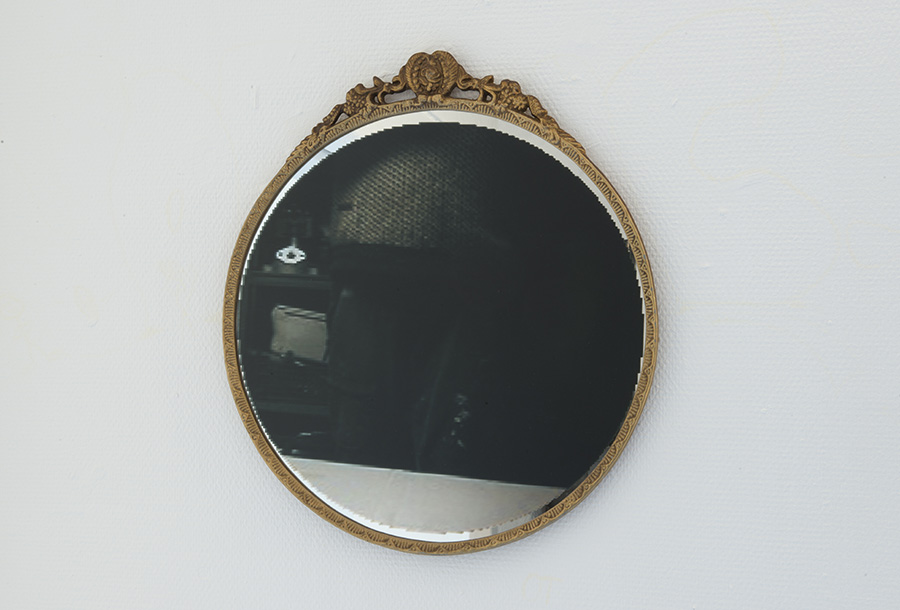 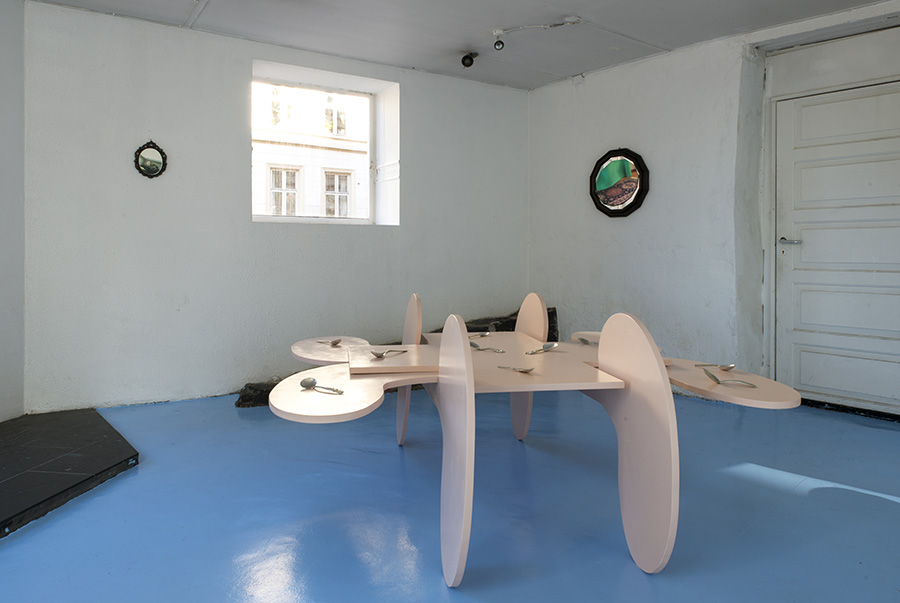 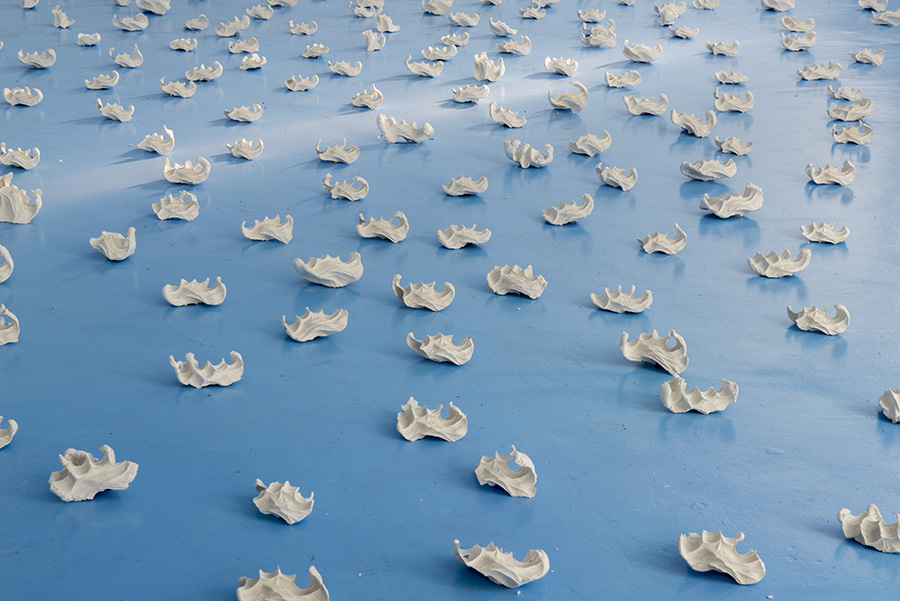