IDIOT CARDS FOR A BYGONE REVOLT 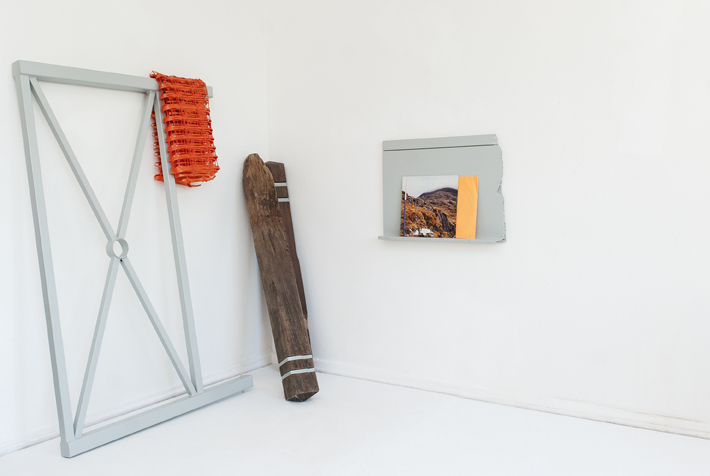 NoPlace, Oslo is proud to present Idiot Cards For a Bygone Revolt, the first solo exhibition by Norwegian-Iranian artist André Tehrani. The presentation consists of seven works and is the first installment of a three-part series of solo exhibitions which also comprises presentations at Entrée (Bergen) and Tegnerforbundet (Oslo) in 2013/2014.

Idiot Cards For a Bygone Revolt traces cultural trajectories from the endeavours of utopian movements such as the Lettrist and Situationist Internationals (LI/SI) to more recent countercultural practices in the realms of literature and popular music. Presented as a highly heterogeneous juxtaposition of drawings, text pieces and sculptural works, the presentation investigates the political and cultural influence of the fringes of the mid-20th century avant-garde and particularly reflect on the ways in which situationist critique was appropriated in popular culture in the decades following the dissolution of the SI in 1972. By extension, the project also addresses the phenomenon of revolutionary nostalgia as one of the more problematic cultural byproducts of the political insurrections of the late 1960s.

In the gallery's main exhibition room is a roll of canvas with the exact measurements of one of Giuseppe Pinot-Gallizio's earliest so-called industrial paintings. Gallizio was one of the founding members of both the International Movement for An Imaginist Bauhaus (IMIB) and the SI in the 1950s, and produced large volumes of assembly line abstract painting on uncut canvas rolls as an attempt to destabilize the art market. In Tehrani's take on industrial painting, the tricoulour brushstrokes from the cover of the Stone Roses' eponymous debut album (1989) march in a uniform, repetetive procession along the length of the canvas surface. The painting reproduced on the sleeve of the Stone Roses record was - according to the band's guitarist and painter John Squire - intended as a commemoration of the 1968 May events in Paris and is heavily influenced by the abstract expressionism of Gallizio and his contemporaries. By mechanically copying Squire's brushstrokes and presenting them in the format of industrial painting, Tehrani further abstracts the Stone Roses' abstraction of resistance and reconnects Squire's homage with its original poetic and countercultural source.

The echo of revival also permeates several of the other exhibited works, such as the collage piece titled The Letter V in Various Media 1963-1998 (2013). In a variety of cut-and-paste techniques, the five separate frames evoke a connection between revolutionary impulses, ennui and nostalgia. One element of the work is a détourned short story, made from fragments of Thomas Pynchon's debut novel V. (1963). In Tehrani's version, Pynchon's protagonist Benny Profane wanders the streets of Paris in the mid-1950s, encountering founding members of the Situationist International, Guy Debord, Michéle Bernstein and Constant Nieuwenhuys en route. The text is juxtaposed with a collage of elements from the sleeve of Vangelis Papathanassiou's record Fais que ton rêve soit plus long que la nuit (1972), a key image of which is a rare photograph by Georges Melet taken during the May 1968 riots in Paris. Finally, the work employs a variation of the Penrose Triangle - a geometrically impossible shape - collaged from images of the glacier on the 1998-edition of Christopher Gray's seminal book Leaving the 20th Century: The Incomplete Work of the Situationist International. As a whole, the juxtaposition highlights the textualisation of events and experience through processes of historicization, addressing the intervention of nostalgia in reconstructing revolutionary moments.

A sculptural arrangement with the title BUILT BY AN IDIOT FULL OF SOUND AND FURY SIGNIFYING NOTHING (2013) – the most recent work in the exhibition - is also enmeshed in a similar web of historical references. The installation consists of restored traffic regulators appropriated from roadwork and car crash sites on the intersection of Avenue Van Volxem/Avenue Wielemans Ceuppens in Brussels, as well as some elements of discarded furniture scavenged from the same neighborhood. On a spraypainted wooden shelf is a copy of Section 25's 1984 album From the Hip, the sleeve of which was designed by Peter Saville Associates and contains text written in Saville's colour coded alphabet. On the backside of the large metal barrier is a multicoloured pattern which spells out the incomplete sentence BUILT BY AN IDIOT FULL OF SOUND AND FURY SIGNIFYING NOTHING written with coloured adhesive plastic in Saville's hieroglyphic system. The viewer who takes the time to decode the message, will find with muted satisfaction that it only repeats the title of the work, a double reference to one of Macbeth's soliloquies in the eponymous play by William Shakespeare and to Guy Debord's scathing critique of Georges-Eugéne Hussmann's planning interventions in Paris in the eighteenth century. It says nothing important enough to conceal, nor does it reward patience or intelligence. Moreover, it breaks the pattern of proliferate external references with an internal one. In a sense, the work asserts its own conclusion upfront, like a circular argument, or a Situationist polemic.

The exhibition is accompanied by an illustrated catalogue (published by Lord Jim Publishing) with essays by Anthea Buys and Natasha Marie Llorens, which will be available for purchase at the gallery. Idiot Cards For a Bygone Revolt is supported by Arts Council Norway and Billedkunstnernes Vederlagsfond and the exhibition catalogue is financed with funds from Fritt Ord. 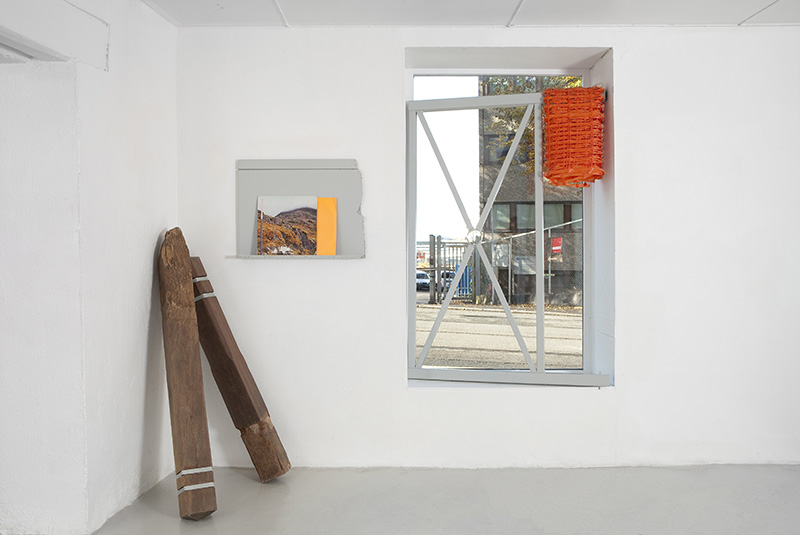 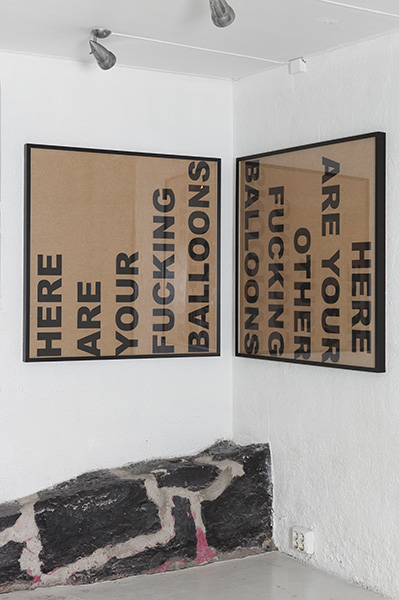 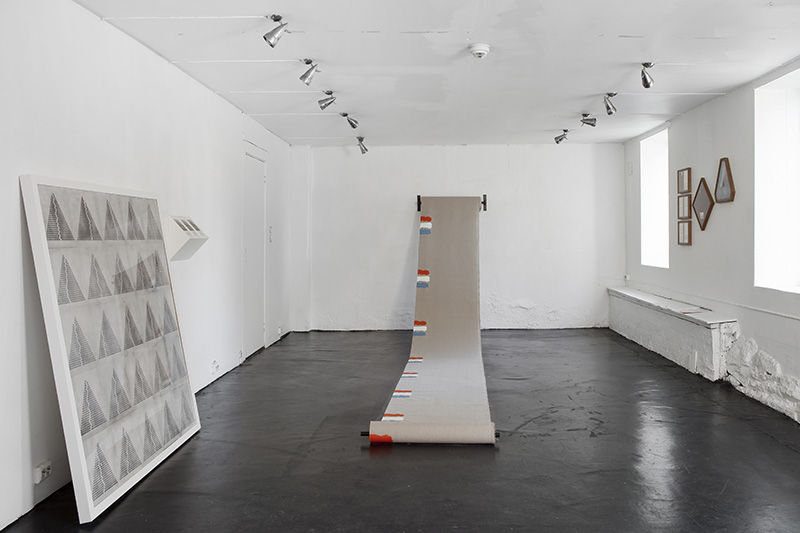 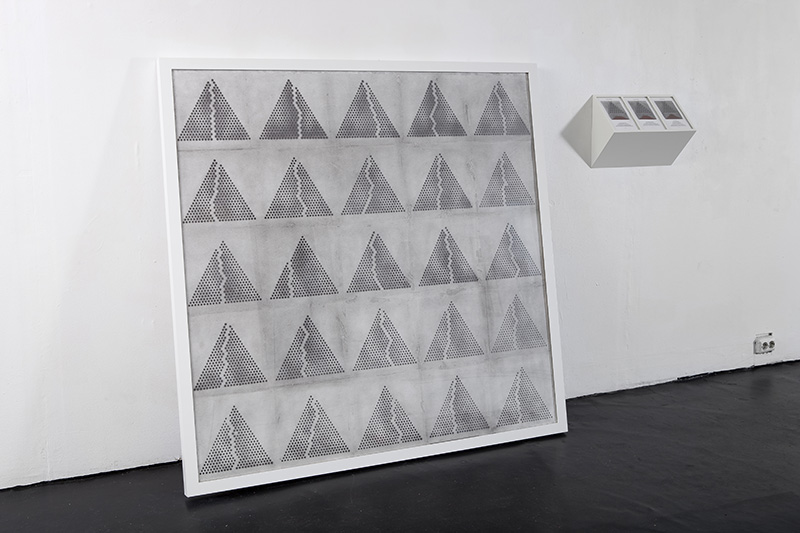 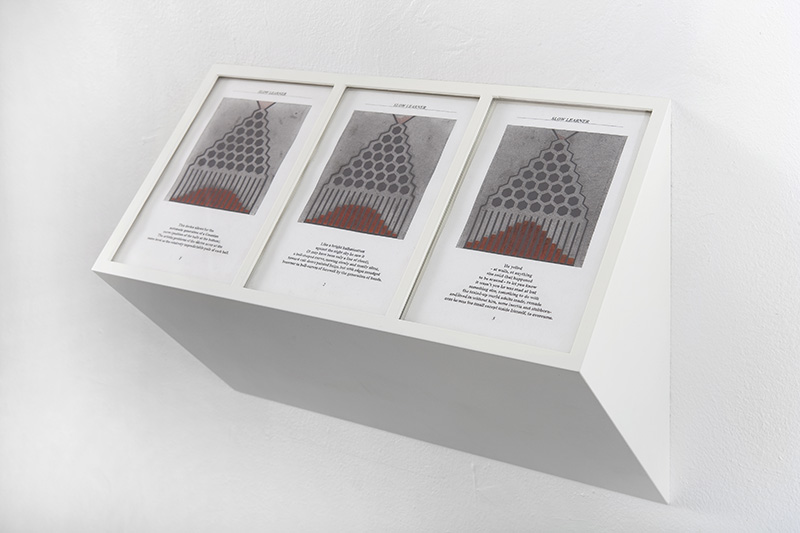 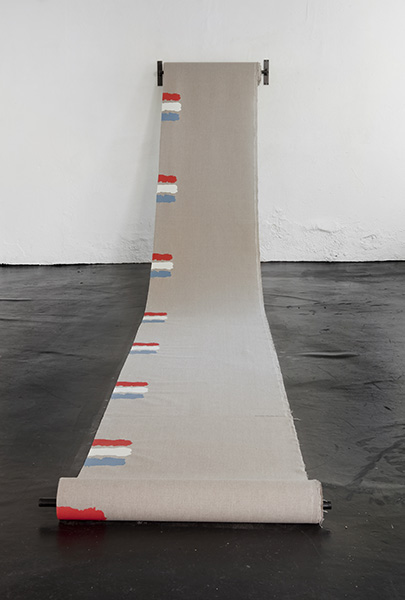 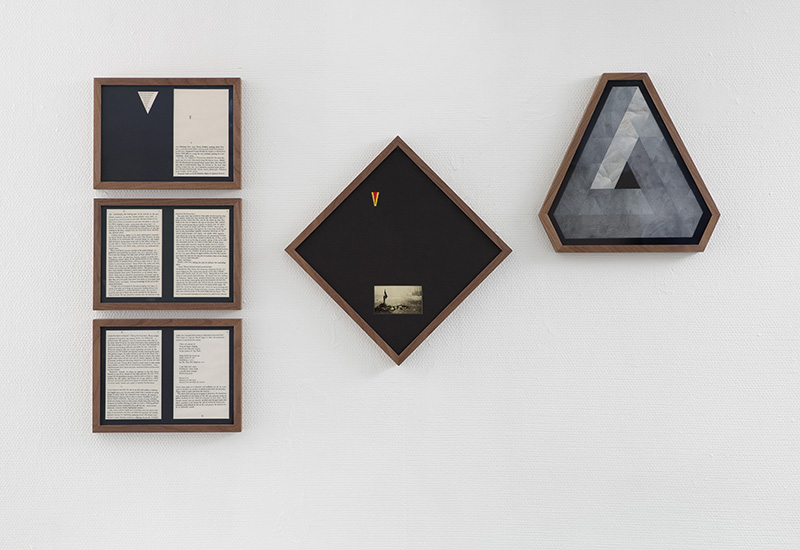 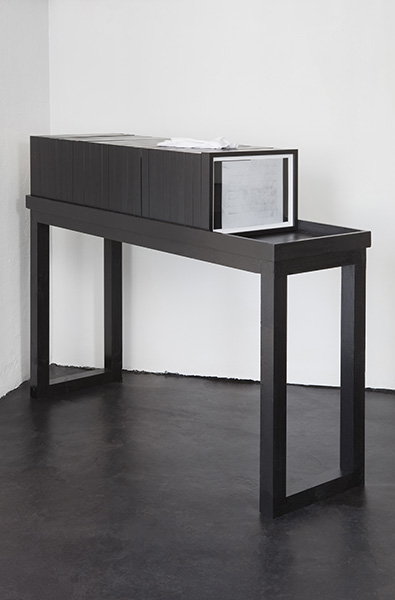 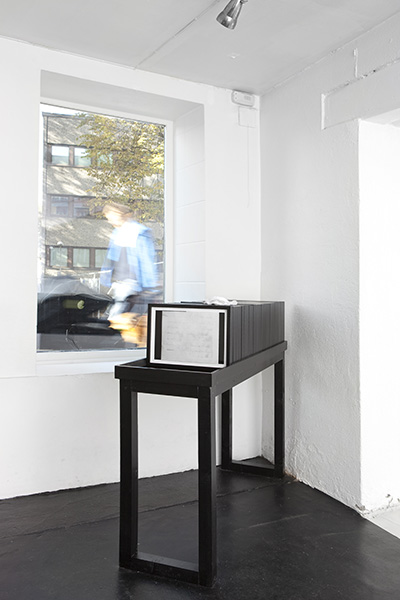 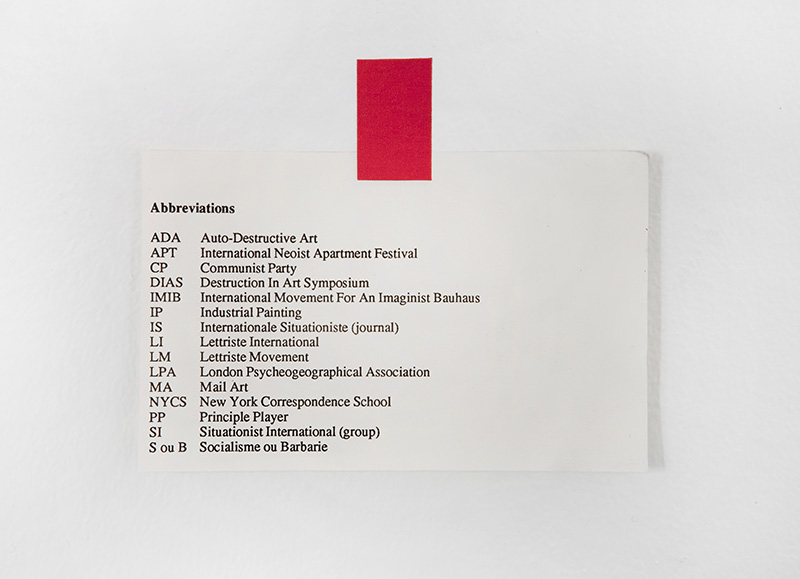