In the old centre of Oslo, No-Place presents:

FAFNER WILL TEACH YOU FEAR 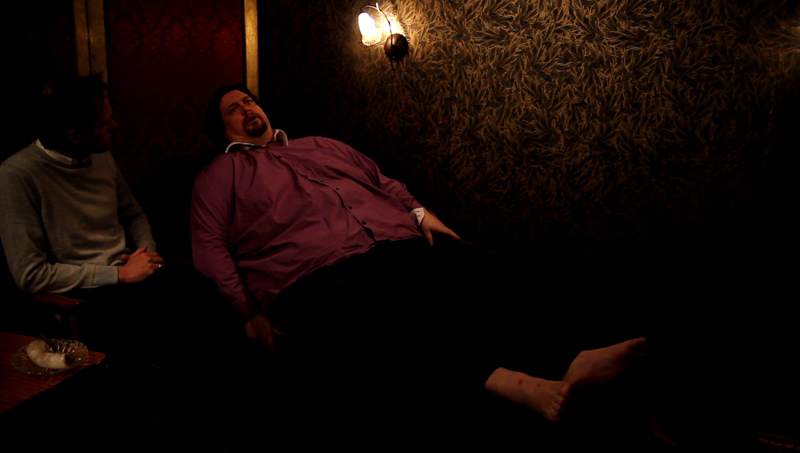 Wagner´s art is sick. The problems he presents on the stage - all of them problems of hysterics - the convulsive nature of his emotions, his over exited sensibility, his taste that required ever stronger spices, his instability which he dressed up as principles... all of this taken together represents a profile of sickness that permits no further doubt. Wagner est une névrose.
- Nietzsche


By a strange circularity, the poses of grande hystérie enacted at these public events closely resembled the stylized movements and gestures of French Classical acting.
- Gregory Moore


”Fafner Will Teach You Fear” is a remake of a scene from Wagner’s opera ”The Ring”. By way of a crude freudian joke, Wagner’s hero Sigfried is replaced with the therapist Sigmund, force-feeding Fafner who, splayed out on the therapist’s couch, is intoning a plea for help as well as death-threats, over the spoonfulls shoved in his mouth. (When the body is a balloon whose breaking point is ignored, reality and fiction are merged like a roast beef and a pudding in a sick intestine – Marco Ferreri, ”La Grande Bouffe”, 1973.)


Hagemann’s videos often stage their larger-than-life, male protagonists in absurd theatrical situations that reek of decadence, physical decay and gluttony. Their isolated state is perpetuated by the kind of self-indulgent apathy that only a once-great patriarch can muster. Like the disjointed final scene of a theater play we cut straight to the operatic lament on the tragedy that has already taken place. There’s no suspense or conflict – only an epilogue in the form of a slow, obnoxious drone from a man drowning in his own appetites.


Hagemann’s interest here then, is neither the narrative workings of the theater drama or the pathology of madness, strictly speaking, but the way these two are premised on a similar key of behavior. The histrionics associated with madness seem, in their stylization and grandness, instructed for the stage, the way they’re set up to address a large audience and not intended to work on an intimate scale, where the counterpart in the communication would simply be effaced by the self-involved gesture issuing from the afflicted, reduced to the function of nurse-in-waiting or worse: a victim of his cannibalistic appetites.


This interplay between the psychotically imbued self who threatens to devour his surroundings and the caterer to his needs – who, patiently and in defiance of his own desires, overindulges ”his patient”, thereby enhancing his patient’s weakness of character and accelerating his downfall – subverts the immediate image of power that Hagemann’s scene proposes. (The saint exercises that defiance of oneself which is a near relation to lust for power and which gives the sensation of power even to the most solitary. – Nietzsche.) Just like the lunatic requires an audience his hubris beckons a nemesis dressed as supplicant, to bring about his downfall. 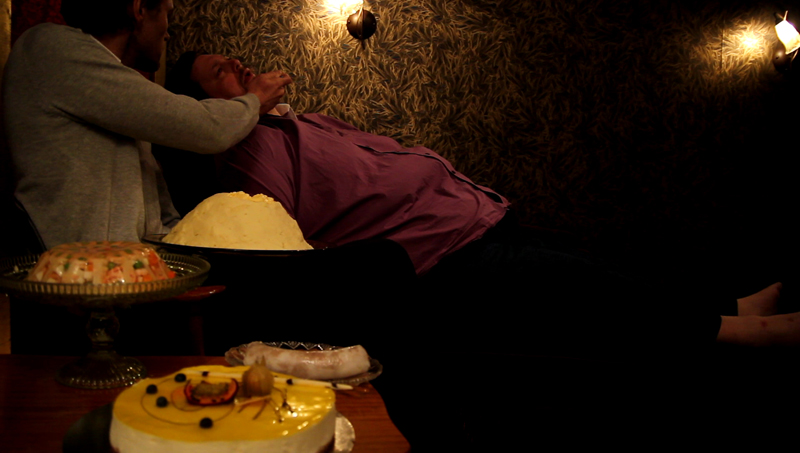 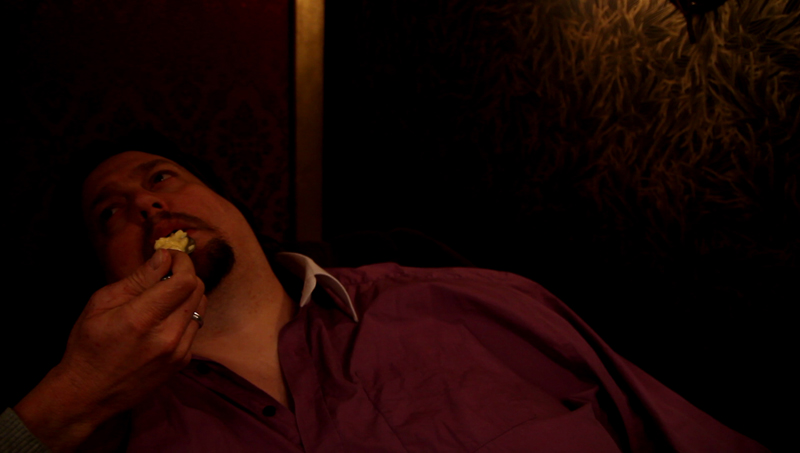 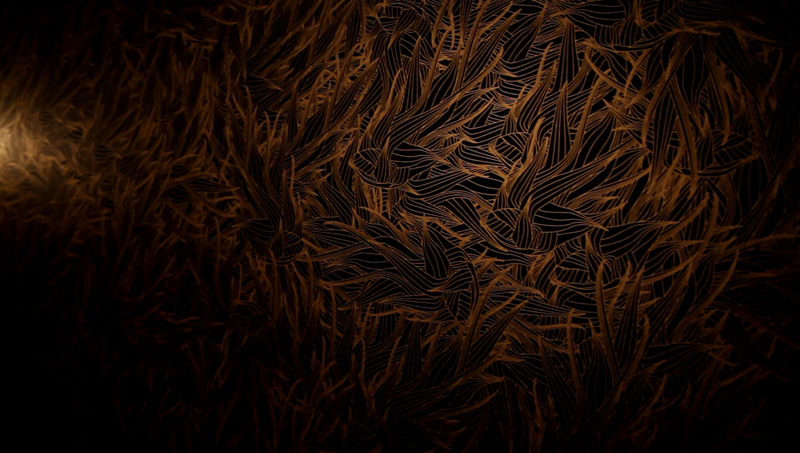 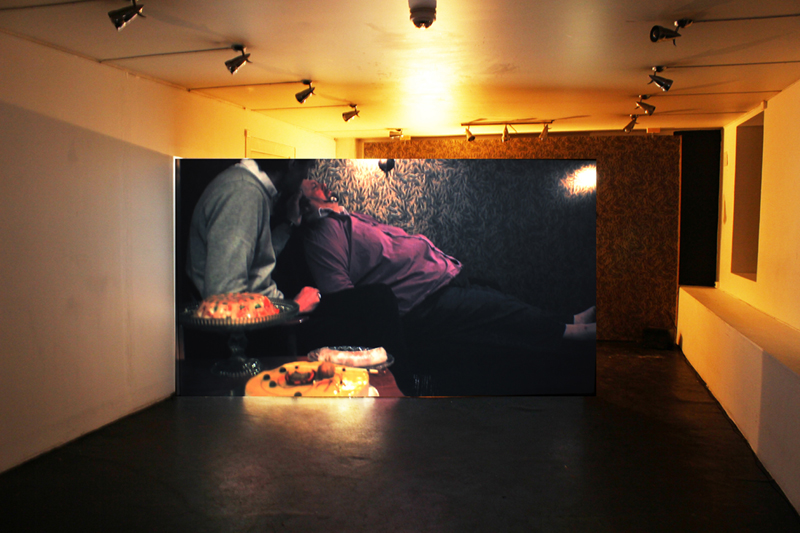