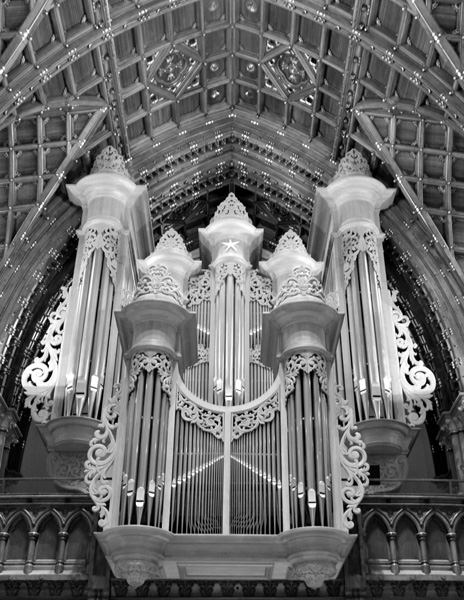 Kjærsti Andvig's work often starts from the process of translation and
its inherent challenges - or down right impossibility. To the extent
that her attempted translations refer back to the original at all,
they hardly offer a translation in any meaningful sense of the word.
For her exhibition at Noplace, Enhanced Sky Machine, Andvig has
commissioned an organ-interpretation of a recitation of sura 15 from
the Koran. This particular sura is known as The Rock.


The organ-piece is installed as a sound-sculpture, with the speakers
occupying the center of a large bowl carved from stone. This material
creates - alongside the obvious deadpan visualization of the title's
rock - a framework that rhetorically echoes the concreteness of sound,
as opposed to the representational quality of words. At the auditory
level a recitation is akin to music, and translating a melody from one
instrument to another is simply a matter of craft and accuracy. The
organ-player interprets the sura according to how it sounds as it is
read out loud. By negating the content of verbal language and treating
the human voice that recites the sura not as a vehicle for
information, but as a purely sensual phenomenon - a piece of music -
the original religious motive is respectfully effaced. Conceived as
sound the religious text that forms the basis for the work is severed
from the authoritative context of theology and relegated to the realm
of the sensuous. The vague and potent object of the sura is here
thrice removed from its original, textual form. First through a
recitation, where its musical potential is first intoned; secondly
through what is the decisive translation here, from spoken, or sung,
words, to the concrete sound of the iconic pipe-organ; and thirdly,
from the realm of the auditory to the physical site of sculpture,
where the sound of the organ is absurdly married to the bowl-shaped
stone.


Despite undermining the meaning of the original text through this
series of removals, Andvig's method is evocative rather than
subversive. The sacred aura of the sound we are represented with, is
retained in the form of an associative link with another site of
worship - the church. So rather than simply divesting the recitation
of its sacred message, the notion of sacredness is posited as
something that, once its confinement within language is divested of,
transcends specific cultural contexts, relying not so much on language
as mediator but on certain material and sensual properties. 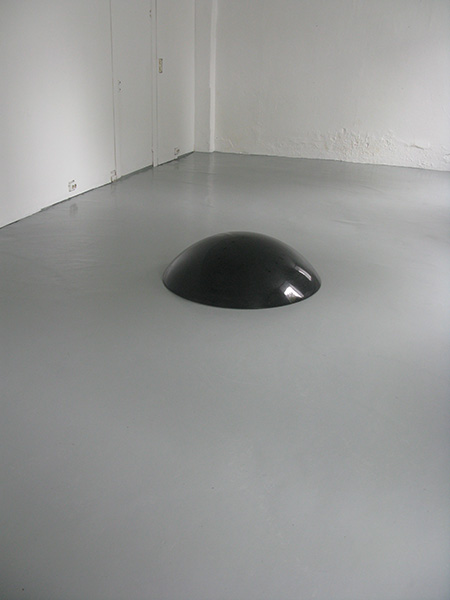 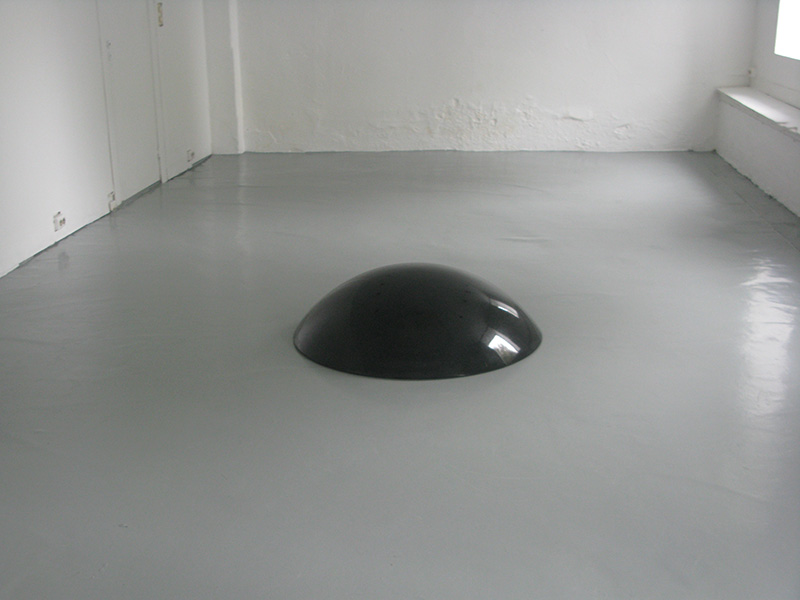