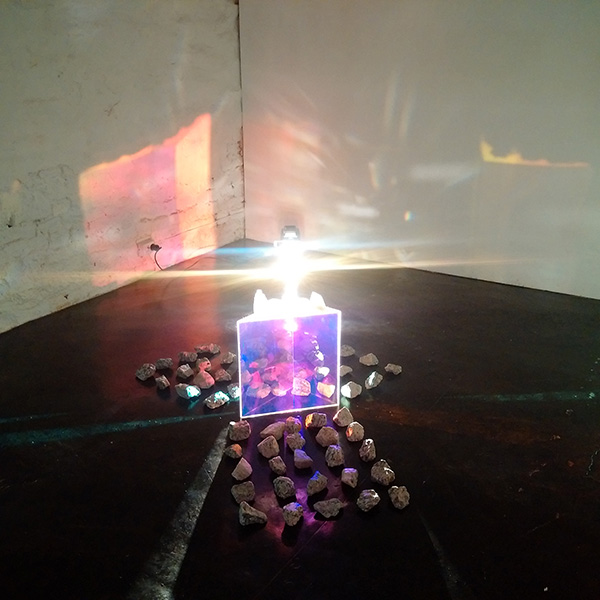 Josefine Lyche’s current exhibition at Noplace, “Contact”, takes its title from a 1997 science fiction film starring Jodie Foster. Foster’s character, Dr Eleanor Arroway, belongs to a government funded agency who is tasked with looking for radio signals from space. As could be expected, such signals are eventually found. A simple sequence of prime numbers are beamed from somewhere, along with a 60 000 pages long instructions manual on how to build a machine for space travel. The machine is built and Dr Arroway gets to pilot it. She is strapped in the capsule and flung into space. After a turbulent journey that takes her through several wormholes, she lands on a beautiful beach reminiscent of a picture she drew as a child. An indiscernible figure approaches her. Her father, it turns out. A short, emphatic dialogue ensues before Arroway is returned to earth. Surprisingly, viewed from the control room back on earth Arroway’s spaceship never left. The machine malfunctioned and her capsule just dropped into the safety net below. Convinced that her journey was real, Arroway is baffled. She begs them to take her version on faith. They don’t, and the experiment is initially deemed a fiasco. Only when they discover that Arroway has inexplicably made an 18 hour long recording in the space of the few minutes she was out of reach, do they reconsider.

This redeeming plot twist aside, an interesting aspect here is the emphasis that Arroway—a scientist herself—places on the veracity of her own subjective experience of the event, prior to any evidence. She states, “everything that I know as a human being, everything that I am tells me that it was real“. Her statement bares the conceit: What she knows as a human being can here only mean knowledge absent verification. Arroway grounds her argument on her own strength of conviction, a conviction that is solely based on how real it felt. To Arroway’s mind, then, strength of conviction should stand in for observable fact. She begs us to ignore her restricted metacognitive capacity—her inability to reliably observe herself in the act of observation. Arroway wants us to remain in the realm of the unaided human, where the content of messages like the one she got—conspicuously aligned with the specifics of her personal desires (her departed father, a fantasy-landscape from her childhood)—is construed as actionable fact.

In the case of Lyche’s exhibition, the title “Contact” doesn’t only invoke the above-mentioned film and its predictable championing of the veracity of subjective experience, it also teases open the more prosaic problem of how objects attract content, how they make contact with meaning beyond their material presence. Semiotics is a game of ascribing meaning, or content, to mere surface. It magically deepens the object, begging a jump from observation to speculation, from what is there to what—arguably—is not. In the sculptural assemblages and installations that make up “Contact” esoteric and atmospheric effects conspire to immerse and seduce the viewer. To the extent that one allows this immersion to take place, the figure of being transported becomes a literal occurrence.

A recurrent tactic in Lyche’s work is to use the vocabulary of minimal art as a starting point for forays into sacred geometry and other mystical and semantically dense terrains. A series of “paintings” made of acrylic hair on linen represents a particularly succinct example. The hair references the German occultist Maria Orsic—a member of the “The All German Society for Metaphysics”, or “Vril society”—who believed that her long hair served as an antenna through which she received messages from the cosmos. (Curiously, one of the “messages” derived were instructions for building a spaceship.) Draping these canvases, the hair suggest that contemporary painting—despite its often deadpan subject matter— still channels outrages arcana.

Lyche describes her permissive use of colour as well as the incorporation of charged symbols as a “glamming up”. Despite minimal art’s adoption of formalised, mathematical procedures, repetitions etc., for compositional aims, it never purged the artwork of its representational content. By clearing away metaphysical debris, art’s attempt to become literal simply shifted attention to the prerequisite for any meaning formation, namely intention. Short of hiding, a work of art can not avoid some form of content to be projected onto it. Whether the message delivered is self-referential or points to some outside figure is a matter of interpretation, and, more importantly, secondary to the fact that it is a message. It occupies communication space, i.e. is structurally aligned with other utterances that purport to transport the viewer/receiver beyond the realm of dumb surface. The symbolism in Lyche’s arrangements—sometimes hidden in abstract detail, sometimes glaring (prime numbers, the Fibonacci spiral, pyramidal shapes)—add insult to injury; they inject minimal art objects with an abundance of overdetermined meaning. Lyche couples the gestures of content-purging with one of maximum content-saturation. Contentwise, art is bound to slide up and down a saturation spectrum—there is no escape-hatch that it can climb through and come out the other side as non-communication. It can only aspire toward ambiguity and information scarceness, towards low-dimensionality.

One of Lyche’s works for the show at Noplace includes a sound piece made in collaboration with musician Hai Nguyen Dinh. It consists of two anthropomorphic sculptures performing a dialogue made up of single notes and what Lyche terms “space sounds”. Music too, however abstract and contentless, is a communication act. Even as the production of music approaches noise it is still contingent on a set of rules—a formal framework that designates it as music. This structural component, however meagre, is a form of content; it cues human ears, builds expectation. The “empty” message is not qualitatively different from a drawing of a spaceship. Lyche’s sculptures talking music dramatise art as a connecting activity, akin to conversation.

Even if Lyche’s use of loaded symbols does not constitute spaceships or actual gateways to a magical hinterland, they are nonetheless efficient ways of bolstering an artwork’s reach and means of connecting. The contact potential of these figures can be construed in perfectly pragmatic terms, by measuring the pull they have as images. If the voided visual idiom of minimal art has a fairly low attraction value outside an art and design circuit, the bright colours and recognisable patterns and signs that Lyche makes use of, acts as prophylactics against this limited social reach—provided she inserts her works into a medium that isn’t as socially determined as the gallery. Browsing for ideas for an exhibition in 2009, Lyche came across a couple of mathematical illustrations that she appropriated and turned into drawings. She used the title of the original and put documentation of the show online. A vanity google a little while later led her to a post on the blog of retired mathematician Steven H. Cullinane, who mentioned that a Norwegian artist had used his work without crediting him. Lyche, who hadn’t realised that these figures had an “author”, apologised via email and added his name to the title of her work. His blog has occasionally featured her work since. They share an attraction to certain visual formations, but they have come to this fascination from presumably very different angles.

To wrap: What redeemed Dr Arroway was the discovery of the 18 hour recording made inside two minutes. The recording is blank, it has no message, only static noise. It is the neutral observer absent from Arroway’s initial account—a second, incorruptible memory. It neither corroborates nor refutes the specifics of Arroway’s version, but only bears witness to a lacuna wherein the events Arroway describes might have transpired. The separate trajectories of the two observational systems involved, Arroway and the recorder, testifies to a schism between two incompatible ways of seeing the world. Where we see extraterrestrials inviting us to journey across the universe to rendezvous with our dead father on a beach, objectively speaking, there is, perhaps, really only static. Lyche’s work do not pretend to side with the latter. 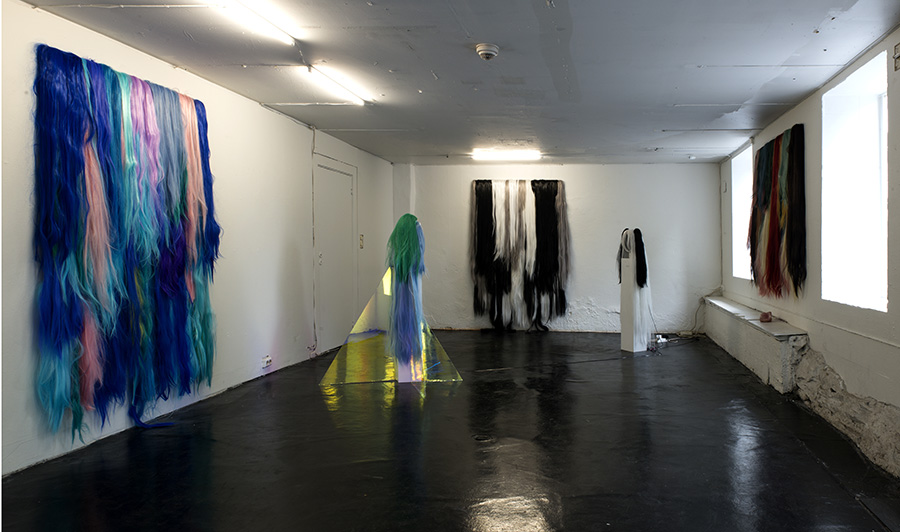 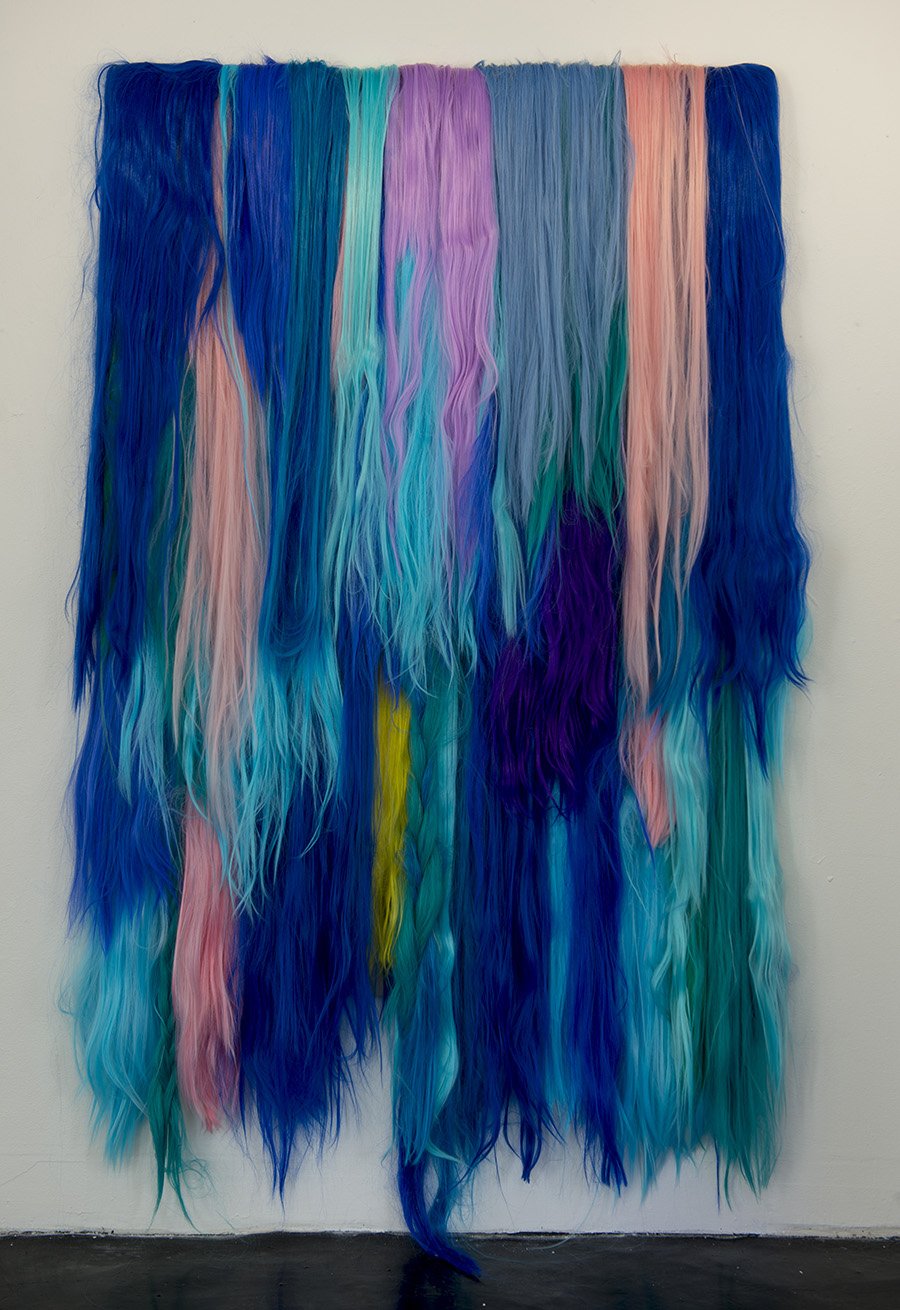 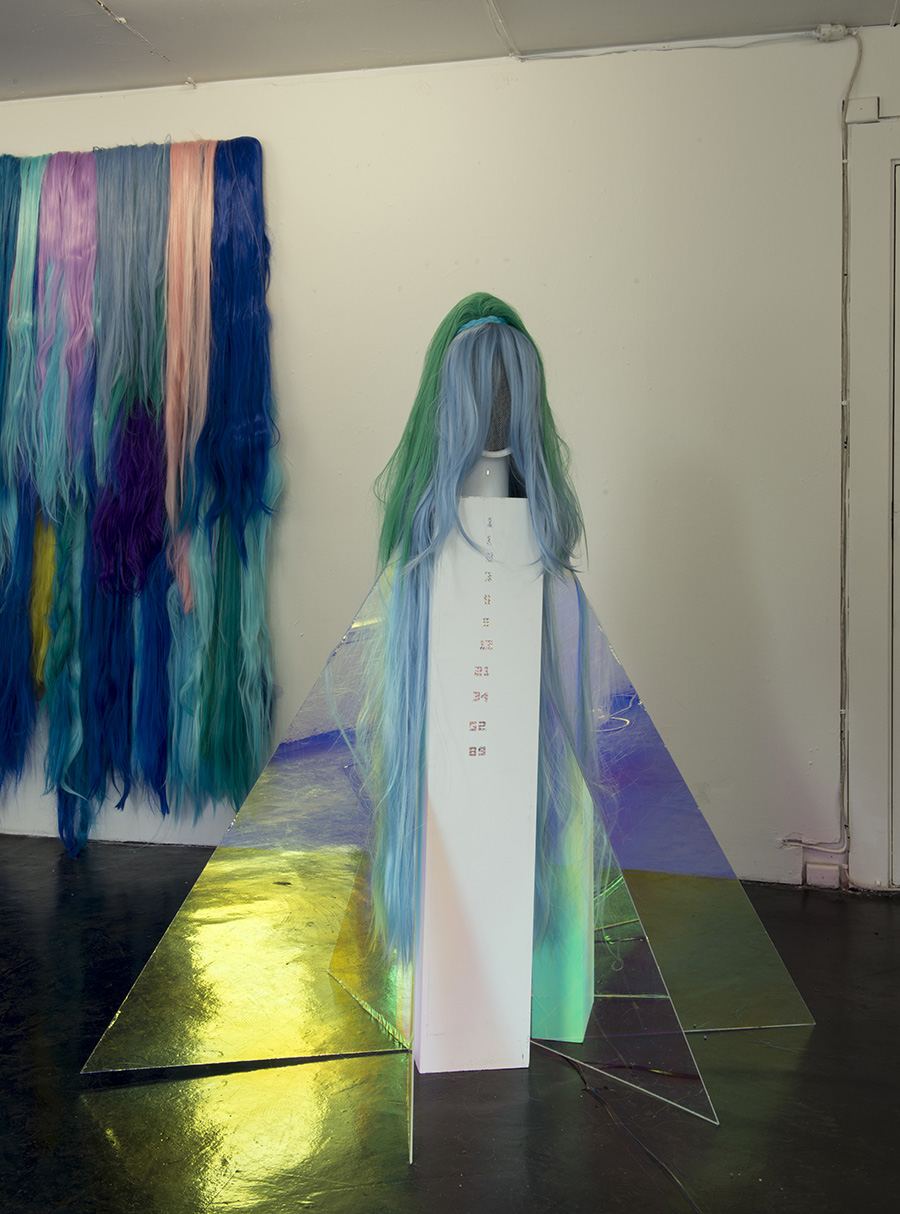 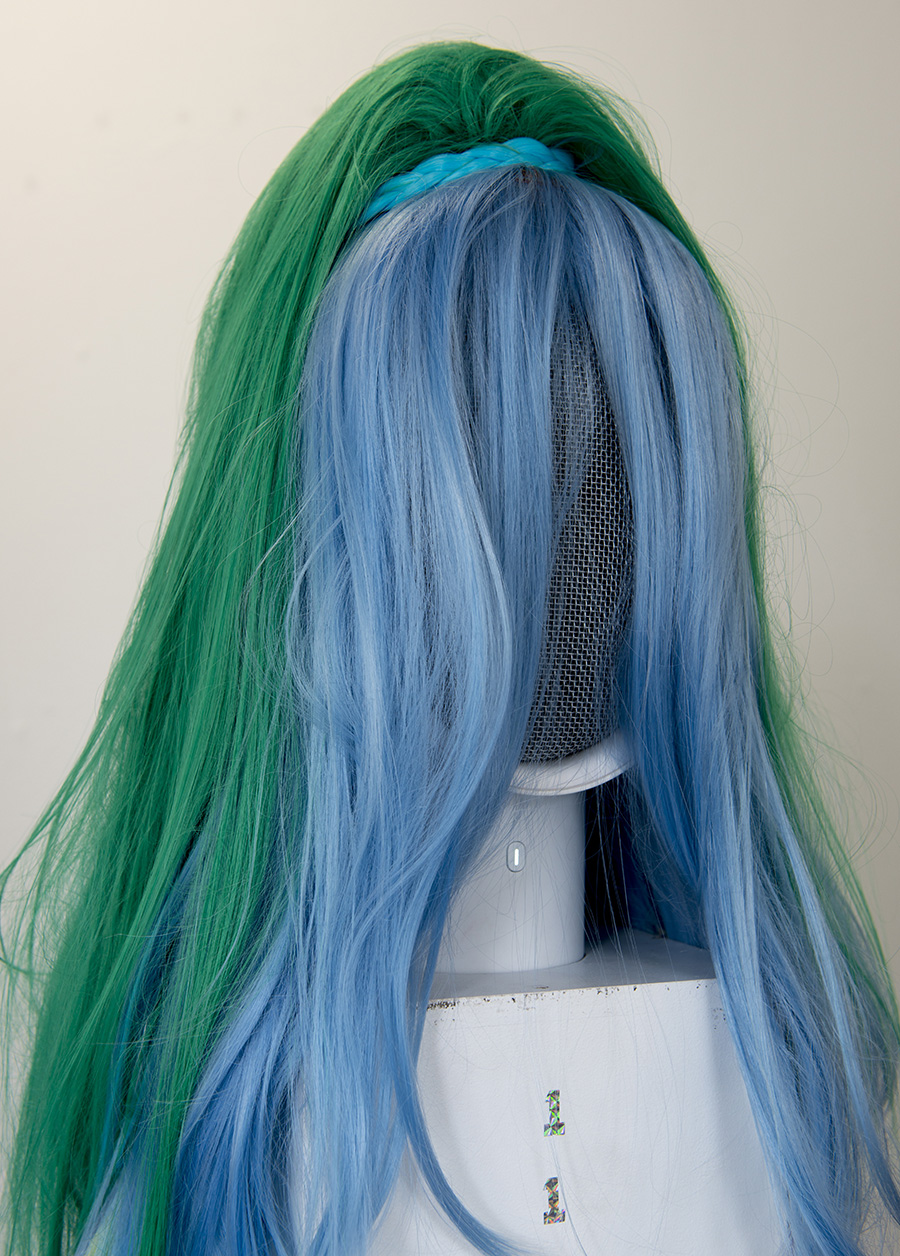 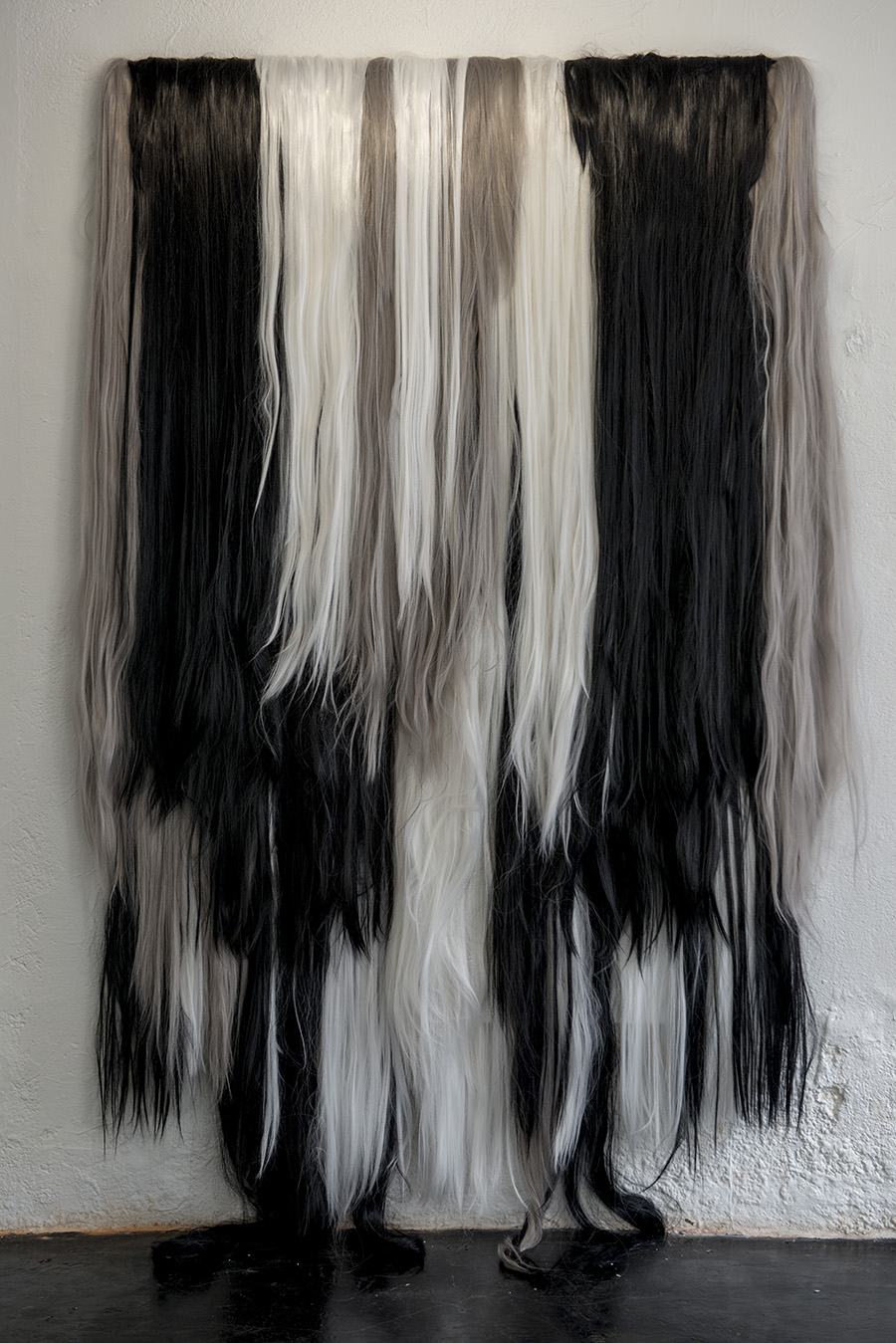 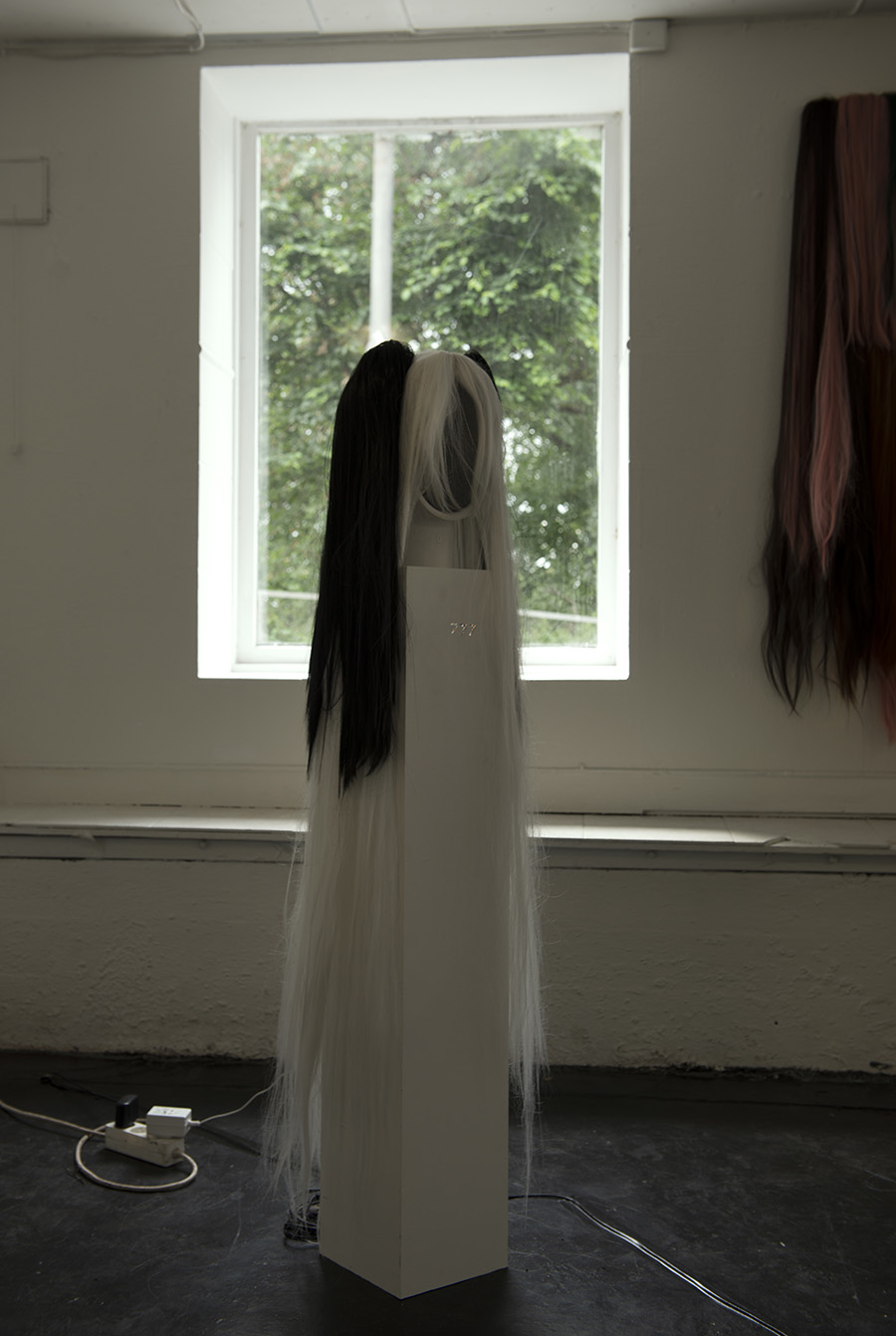 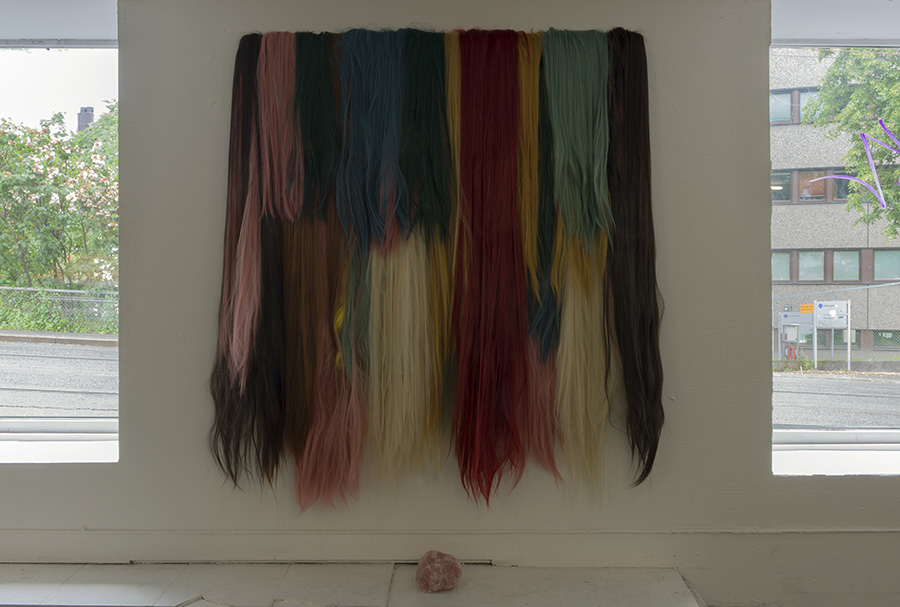 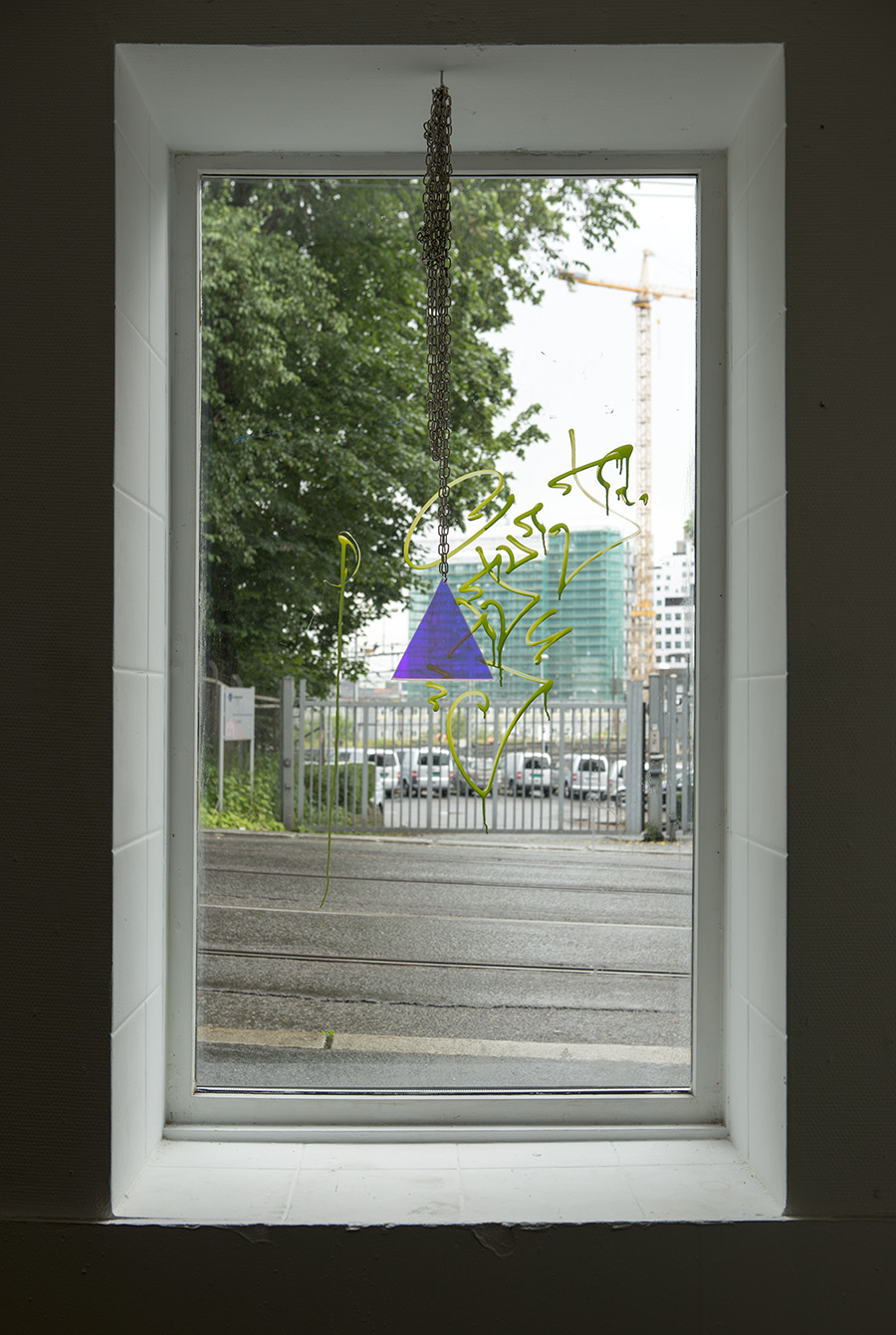 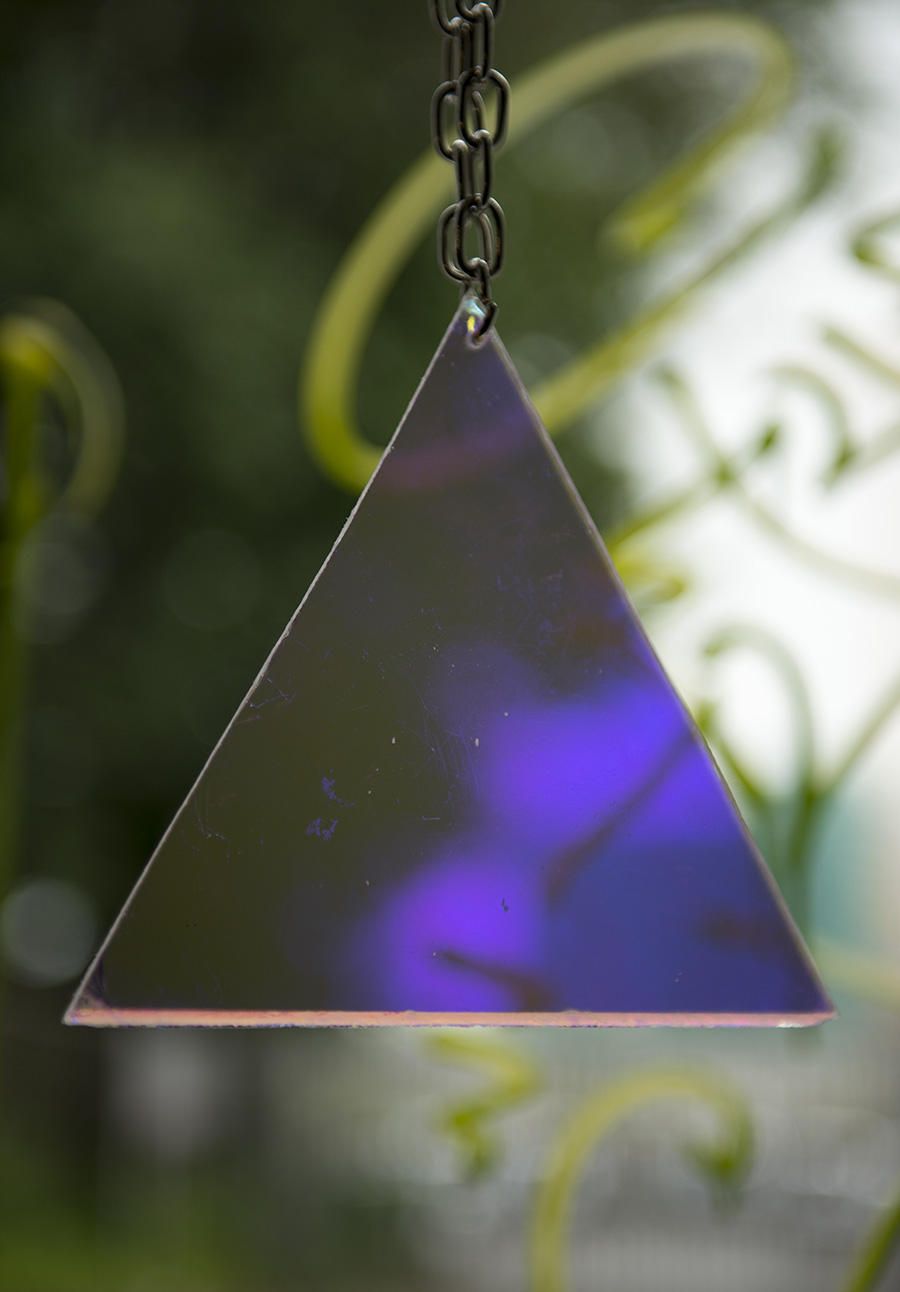 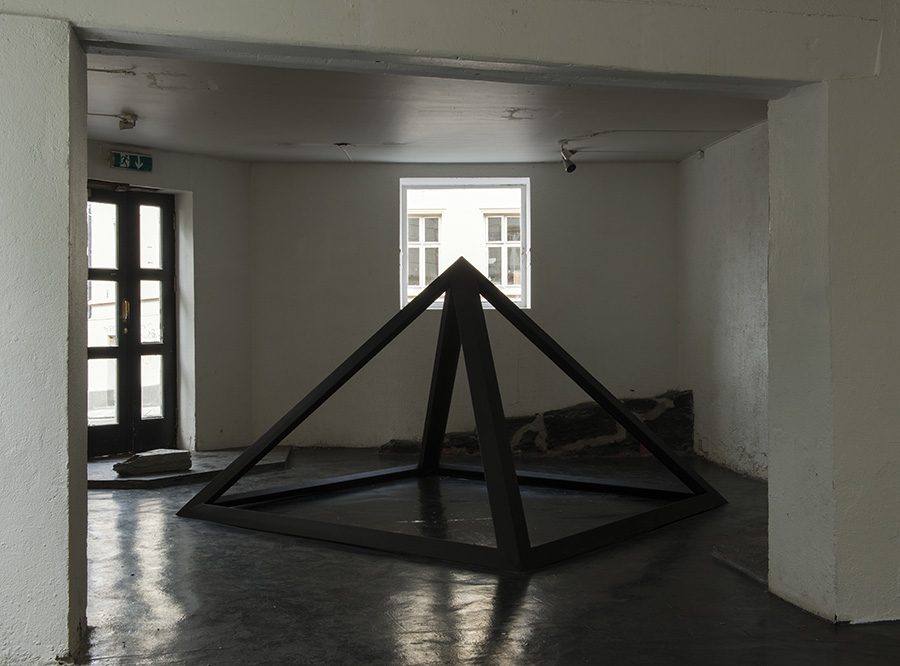 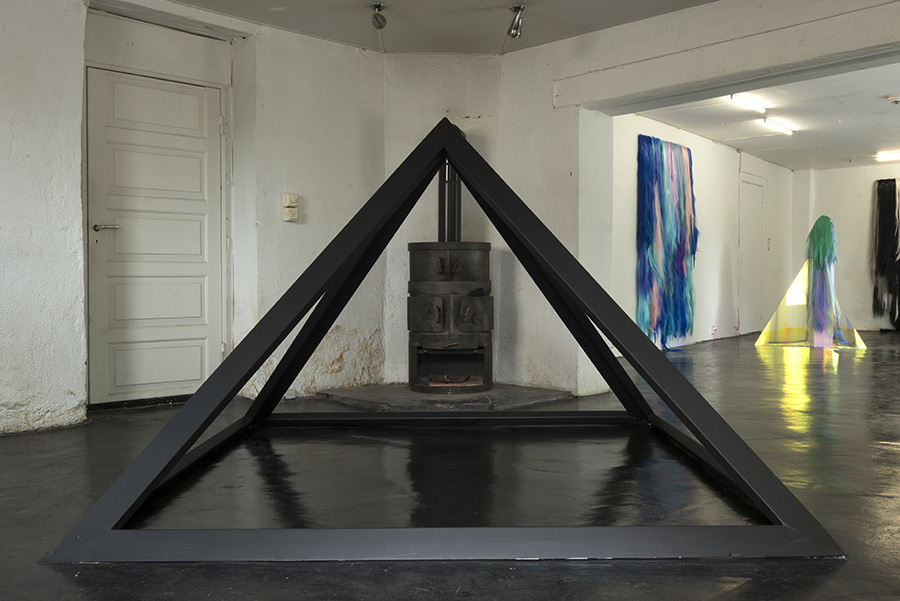 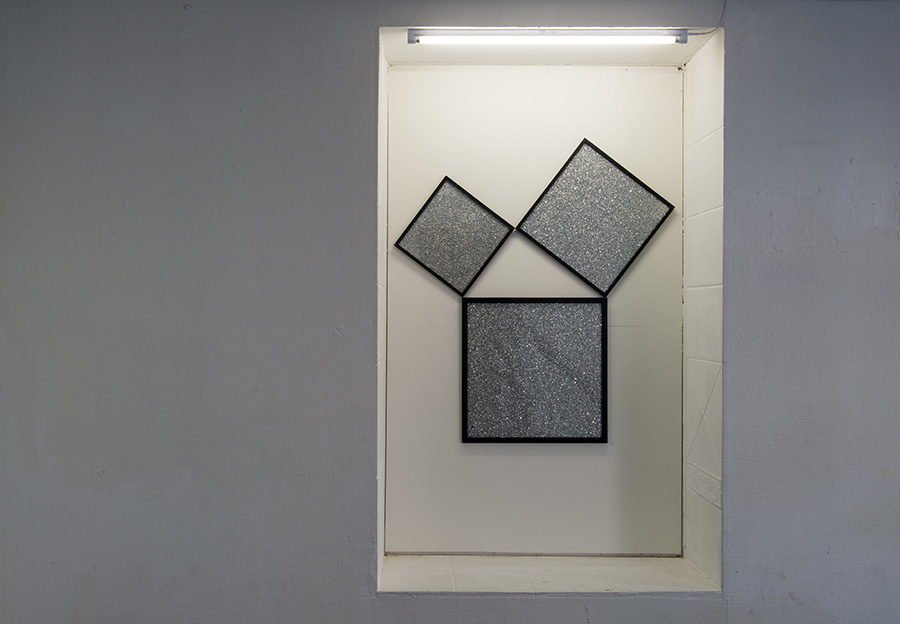 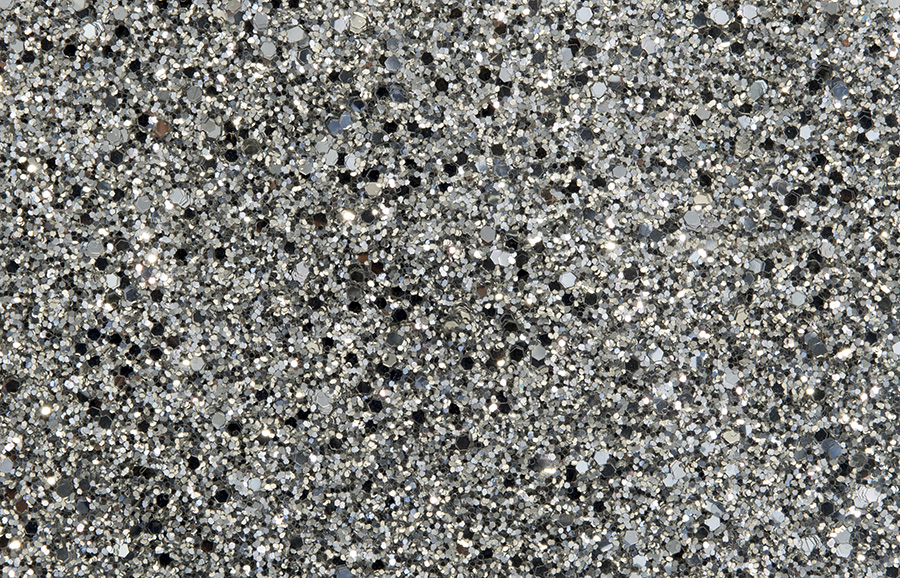 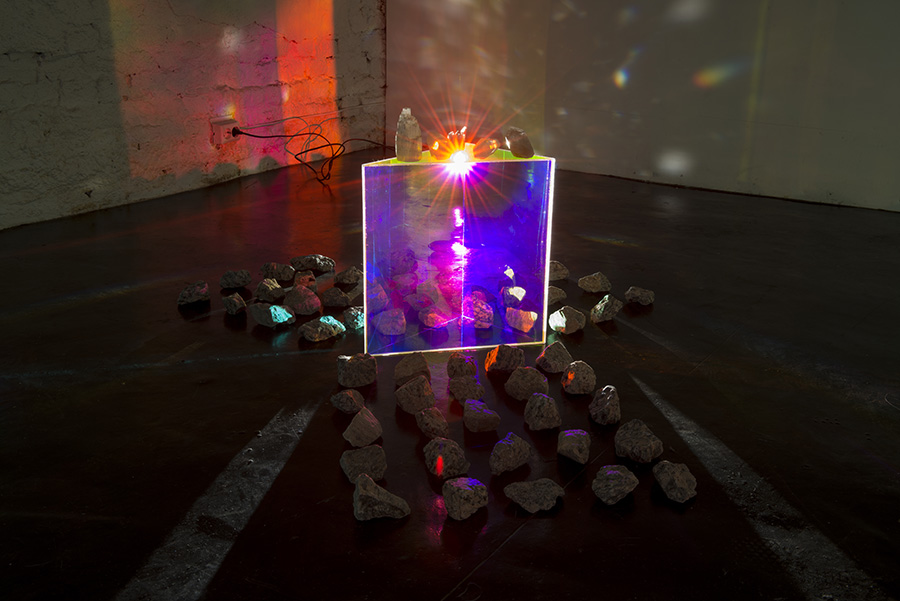 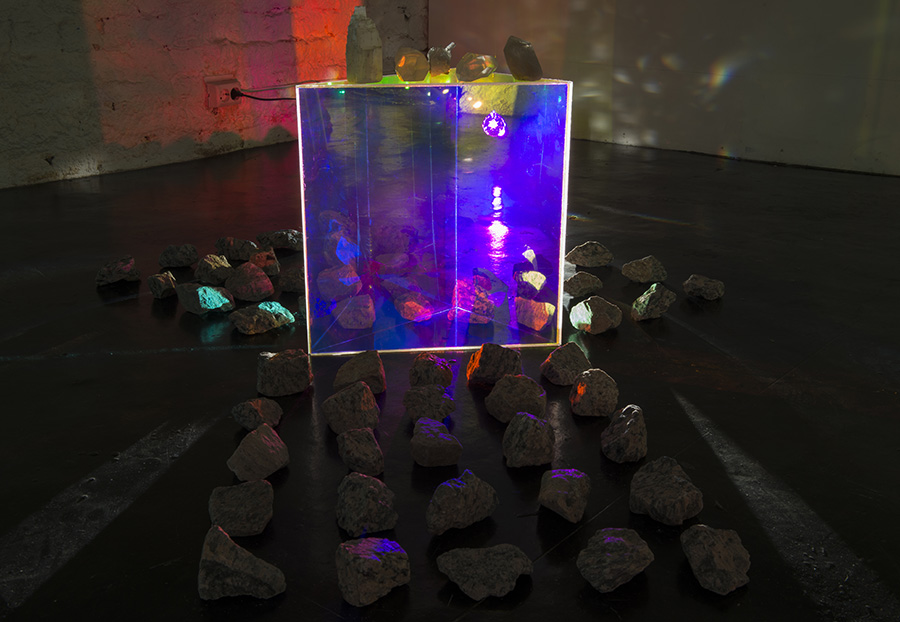 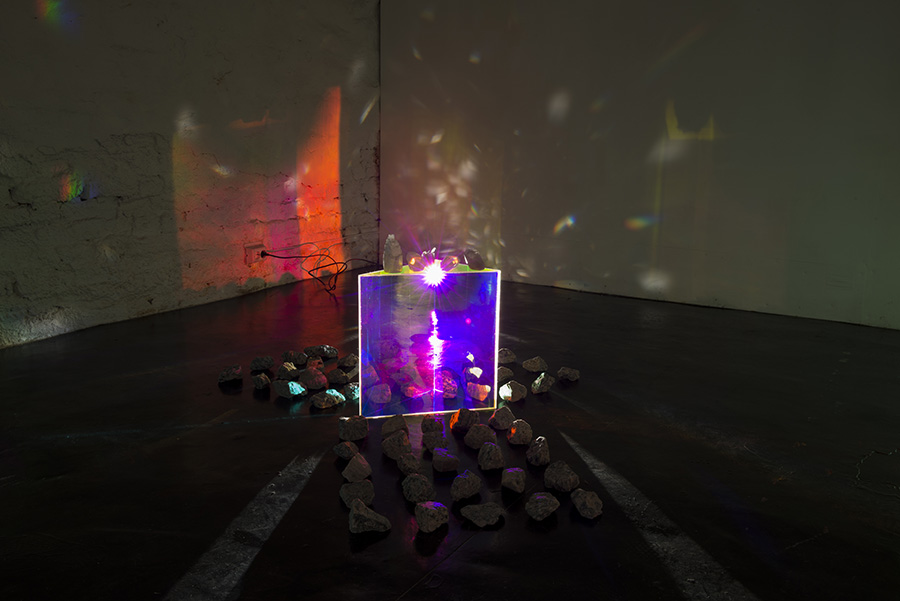