There will be no opening event, only regular opening hours.
...
Opening hours 14–17, Saturdays and Sundays

We'll accept a maximum of 7 visitors in the exhibition simultaneously.
Wearing a face mask is required upon entering the gallery. 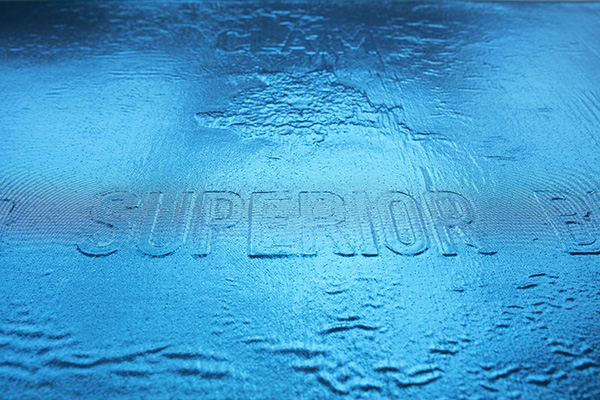 Frida & Kasia: There are many, explore them, discover your body and bring it to its fullest potential alongside other bodies.

Robert: In the beginning, Eurynome, the Godess of All Things, rose naked from Chaos, divided the sea from the sky and danced lonely upon its waves.

Frida & Kasia: Through the introduction of the wave, the regime of the straight line, with its temporal linearity, is broken. The wave sparks from within the body and flows further into the peripheries, transgressing the boundaries of the body and reaching the outside, returning with new information and perspectives.

Robert: She danced towards the south, and the wind set in motion behind her seemed something new and apart with which to begin a work of creation. Wheeling about, she caught hold of this north wind, rubbed it between her hands, and behold! the great serpent Ophion!

Moa: Why did she dance?

Robert: She danced to warm herself, wildly and more wildly until Ophion grown lustful, coiled about those divine limbs and was moved to couple with her.

Moa: And then she turned into a dove and laid the Universal Egg?

Robert: Yes, from where all things that exist tumbled, her children: sun, moon, planets, stars, the earth with its mountains and rivers, its trees, herbs and living creatures.

Frida & Kasia: It is through the wave, a new school of dance is envisioned. In its seemingly dispersed form, lacking the institutional ground and constrictions of traditionally regulated systems of knowing, it tries to leave its trace, sparking soft transformation. The new school of dance is an underscore for moving together, for the constitution of the social sphere in which we become many.

Lykke Li: I was a dancer all along.

Gilles: You never walk alone. Even the devil is the lord of flies.

Frida & Kasia: For [Isadora] Duncan, dance was to be shared, and it was to become the language of revolution, conveyed through the radiating bodies of individuals composing an assembly. The dancer was envisioned a force enabling radical redefinitions of modern times—a model for movement away from the cruel optimization of labouring bodies and toward a felt politics that would, ideally, enable a future for all.

Silvia: Mechanization, the turning of the body into a machine, has been one of capitalism’s most relentless pursuits!

Antonin: All writing is filth

Gilles: We must believe in the body but as in the germ of life, the seed which splits open the paving stones, which has been preserved and lives on in the holy shroud or the mummy's bandages, and which bears witness to life, in this world as it is.

Antonin: Believe in the flesh

Frida & Kasia: What is shared between bodies is vibrant, yet intangible. It is a vast space of possible communication and relations that haven’t yet been experienced or envisioned. To feel your own movement is essential to the radiant communication that connects you with others.

Silvia: In essence, the act of dancing is an exploration and invention of what a body can do: of its capacities, its languages, its articulations of the strivings of our being. I have come to believe that there is a philosophy in dancing, for dance mimics the processes by which we relate to the world, connect with other bodies, transform ourselves and the space around us. Matter is not stupid, it is not blind, it is not mechanical, but has its rhythms, has its language, and it is self-activated and self-organizing.

Lykke Li: I was a dancer all along. When I trip on my feet. Look at the beat.

Gilles: You never walk alone. The self is only a threshold, a door, a becoming between two multiplicities

Noplace follows the coronavirus guidelines from the Norwegian Institute of Public Health and will make sure that advice about social distance and infection control is being followed throughout our opening hours. This includes a limited amount of simultaneous visitors, supplied hand sanitizing equipment and a short-term visitor registration. If you have any of the symptoms of Covid-19, please stay home.