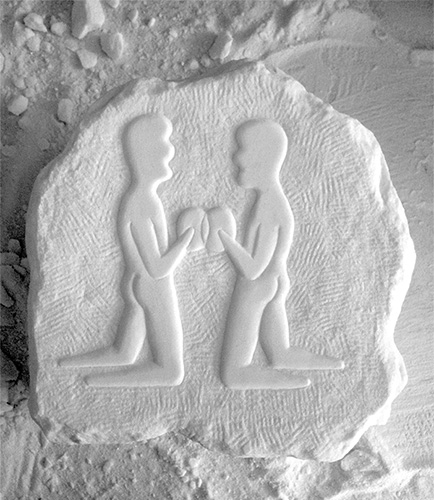 1.
"I saw a face in the sea on the news tonight," I said. "Have you heard anything about it? Do you know if anyone else saw it?"
Yngve eyed me with a half-curious, half-dismissive expression.
"What are you babbling on about?"
"You know the fishing boat that sank?"
He gave a barely perceptive nod.
"When they were showing the place where it sank on the news I saw a face in the sea."
"A dead body?"
"No. It wasn't a real face. The sea had formed into the shape of a face."
For a moment he watched me without saying anything. Then he tapped a forefinger on his temple.
"Don't you believe me?" I said. "It's absolutely true."
"The truth is you're a waste of space."


2.
For some time, there was a widely held notion (…) to the effect that the thinking ocean of Solaris was a gigantic brain, prodigiously well-developed and several million years in advance of our own civilization, a sort of cosmic yogi, a sage, a symbol of omniscience, which had long ago understood the vanity of all action and for this reason had retreated into an unbreakable silence. The notion was incorrect, for the living ocean was active. Not, it is true, according to human ideas -it did not build cities or bridges, nor did it manufacture flying machines. It did not try to reduce distances, nor was it concerned with the conquest of space (…). But it was engaged in a never-ending process of transformation, an ontological autometamorphosis.


3.
Being a long-time admirer of Andrei Tarkovsky's film adaptation of Stanisław Lem's novel Solaris, I recently re-read the book, and realized that the planet's incessant sculptural activity on the surface is only obliquely suggested in the film. The entire planet resembles a skin of an unknown material which - inspired by the human presence in the space station - is making gigantic abstract and representational formations on the surface. At the end of the novel the main character finds himself for a brief moment seemingly communicating with the strange formless ocean, although the knowledge obtained is as fleeting as the ocean itself. These works are investigations into the relations between a literary text, mental images, different pop-cultural visualizations of the unknown and invisible phenomena in astronomy and quantum physics. They are not only visualizing aspects of a probable distant planet, but also - like Solaris - probing the human mind for what lies within. 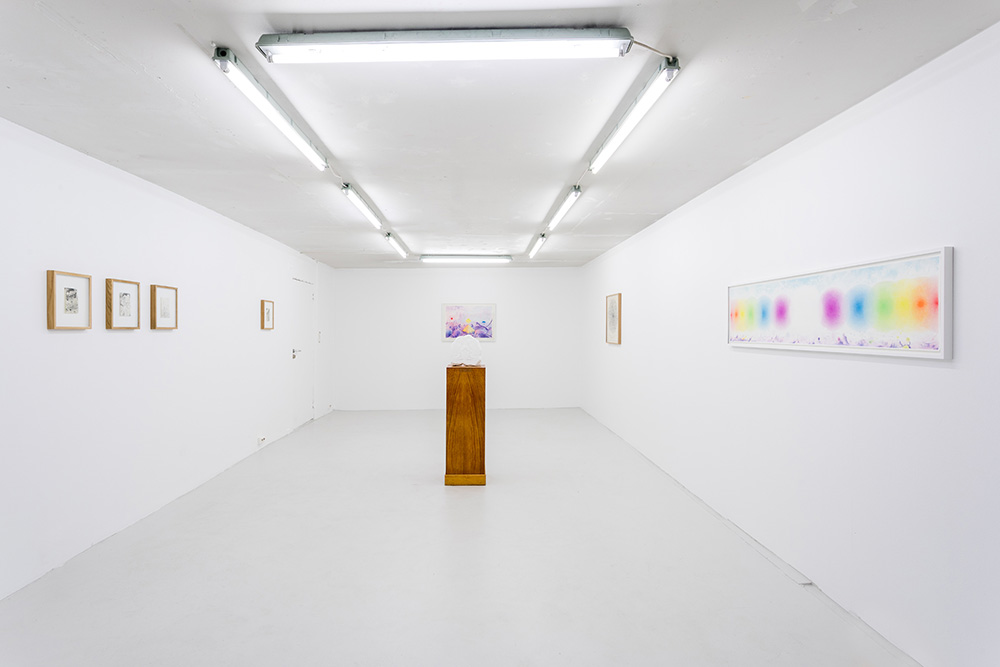 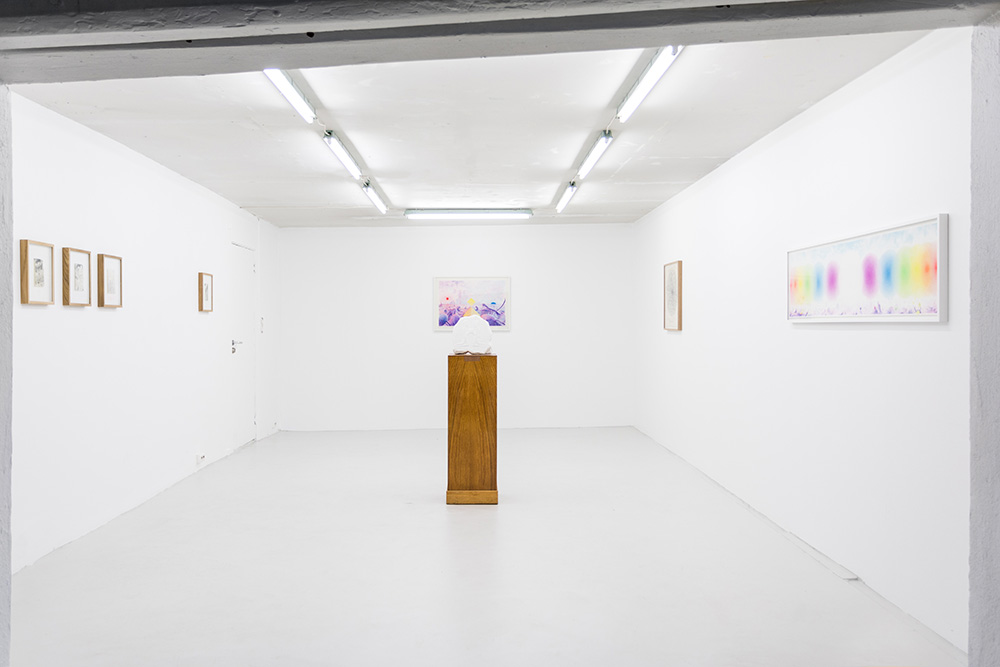 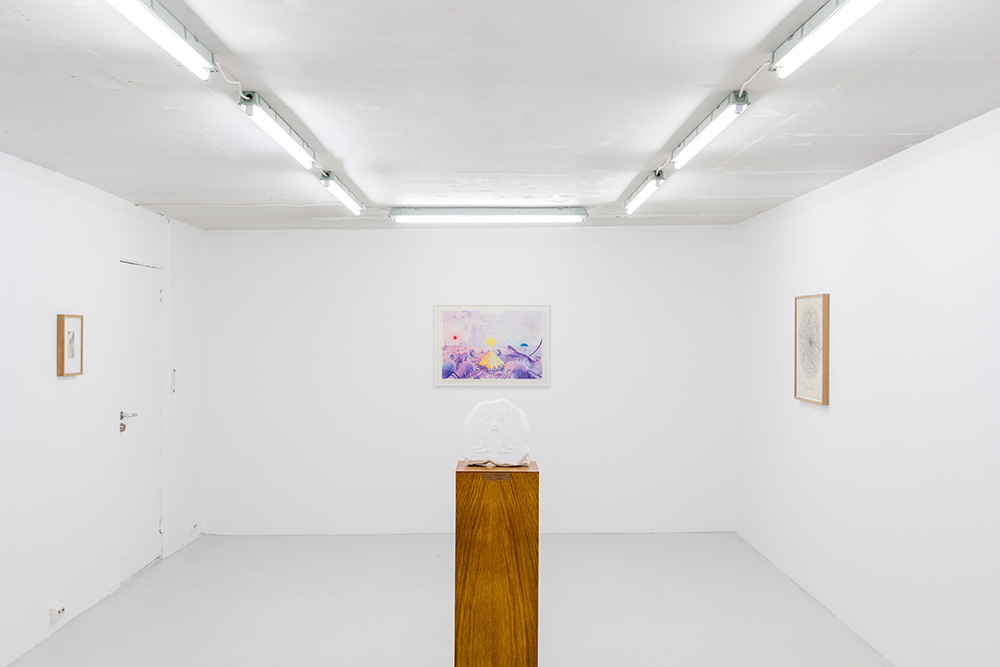 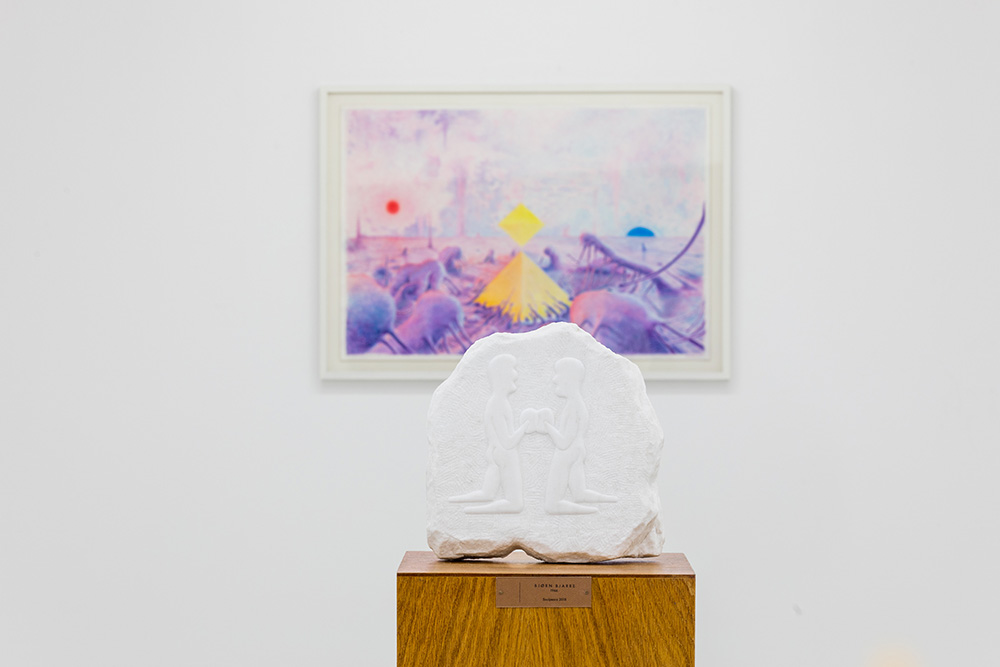 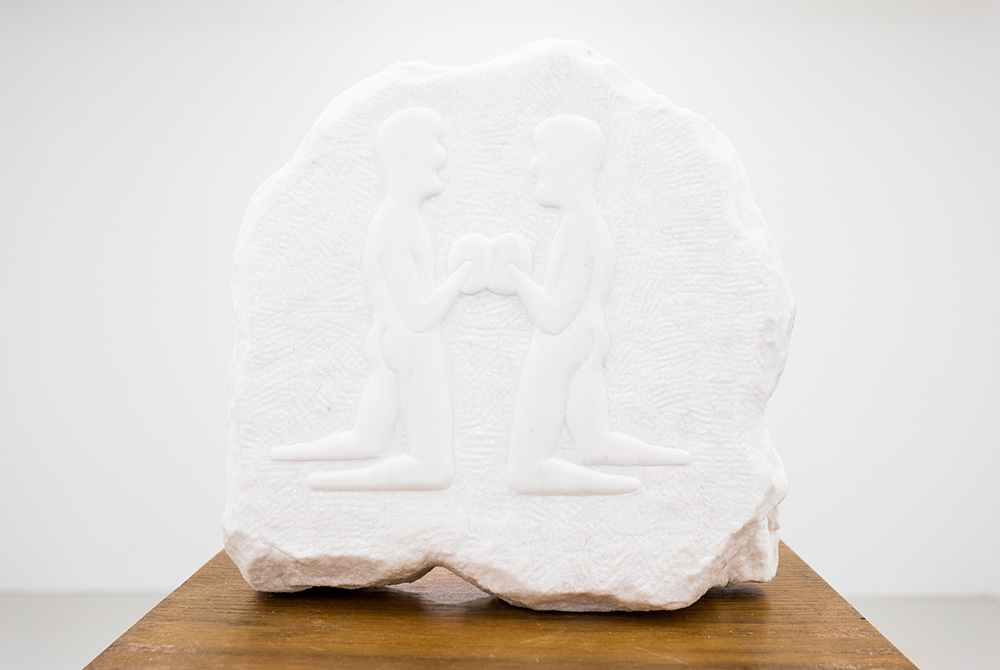 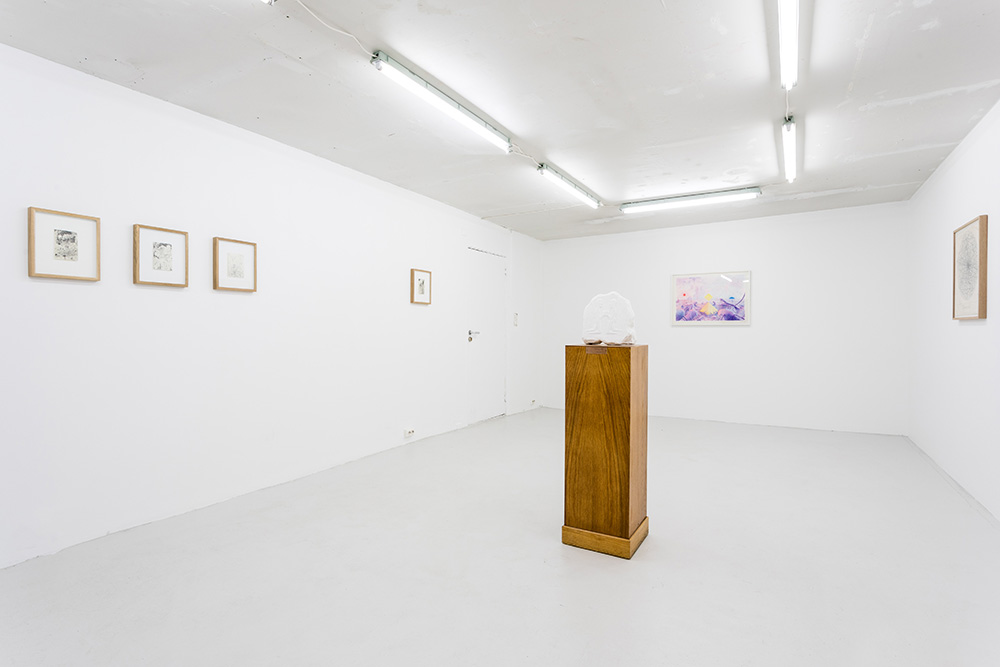 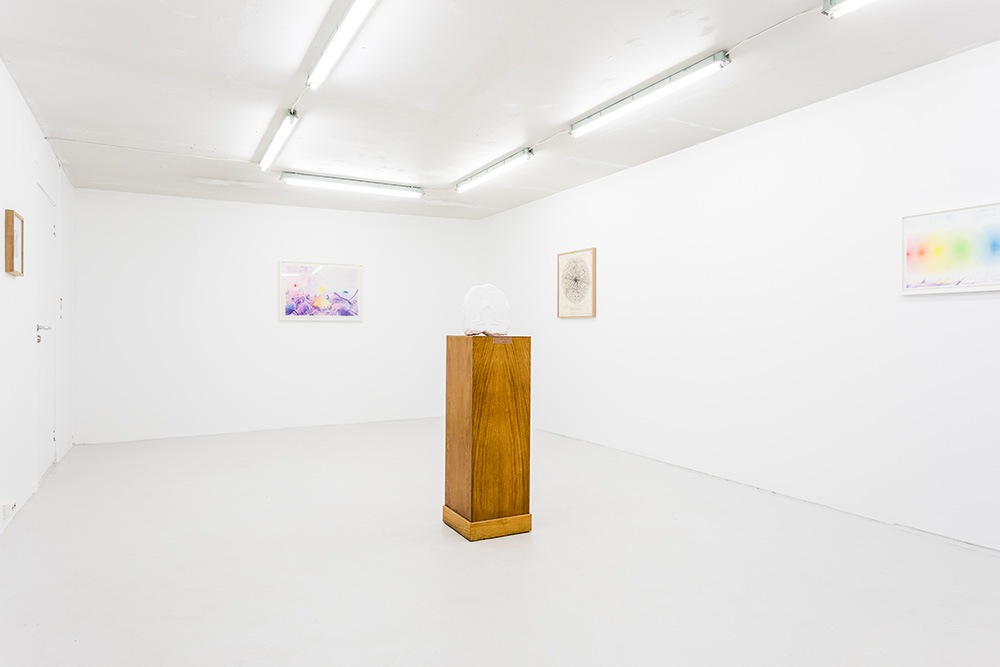 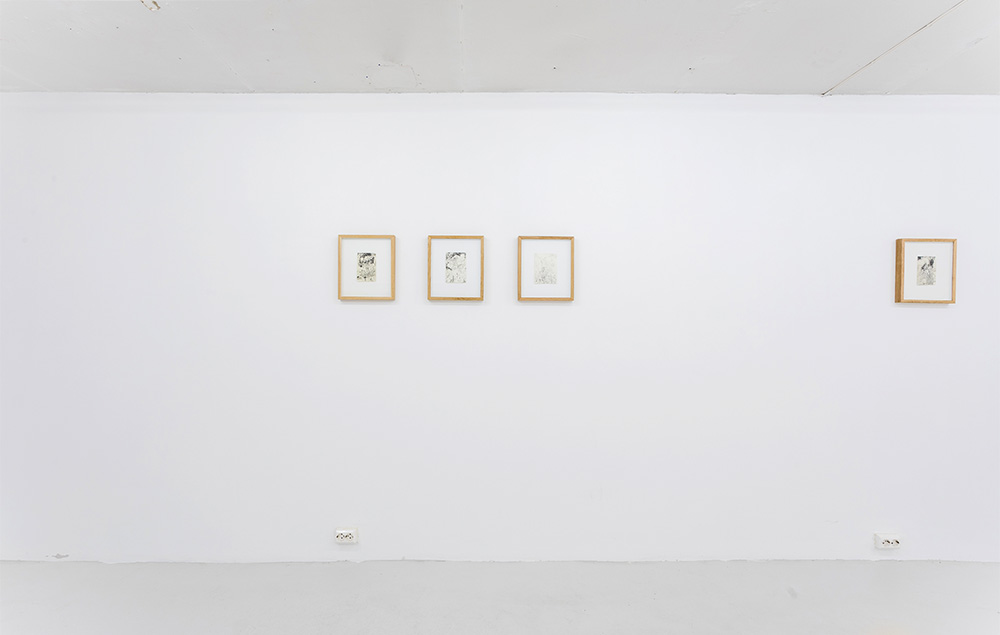 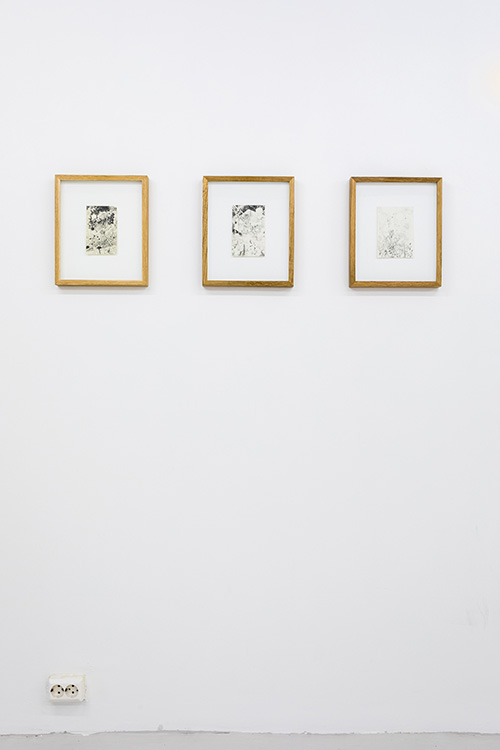 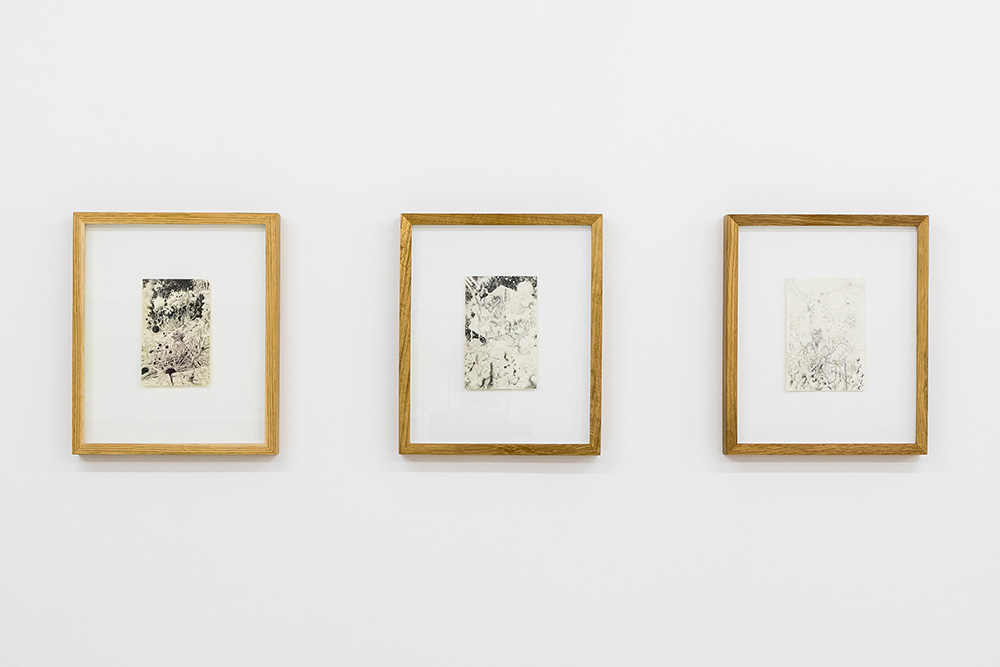 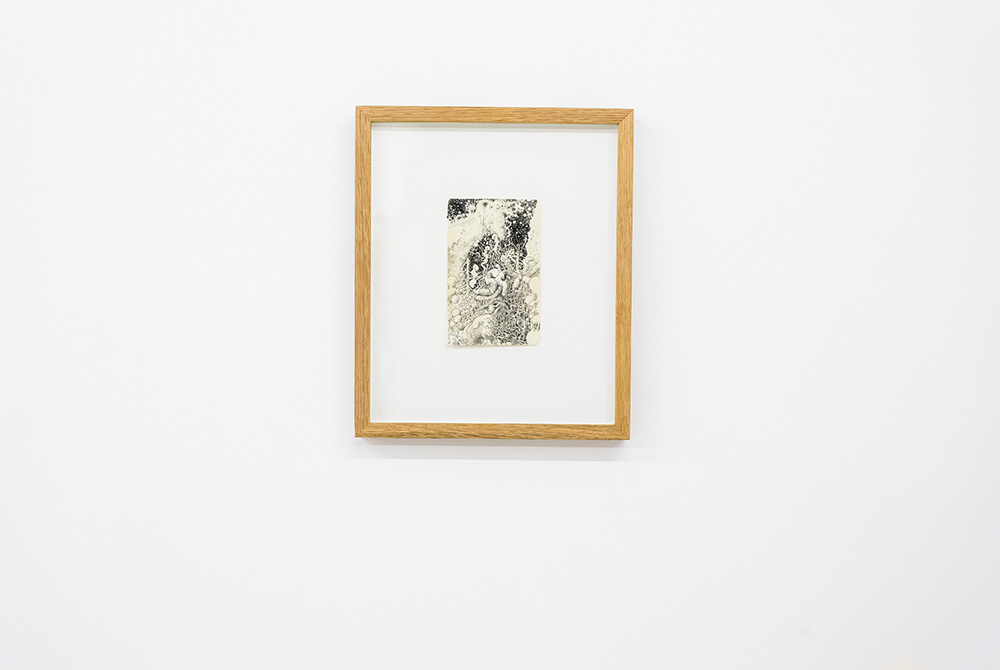 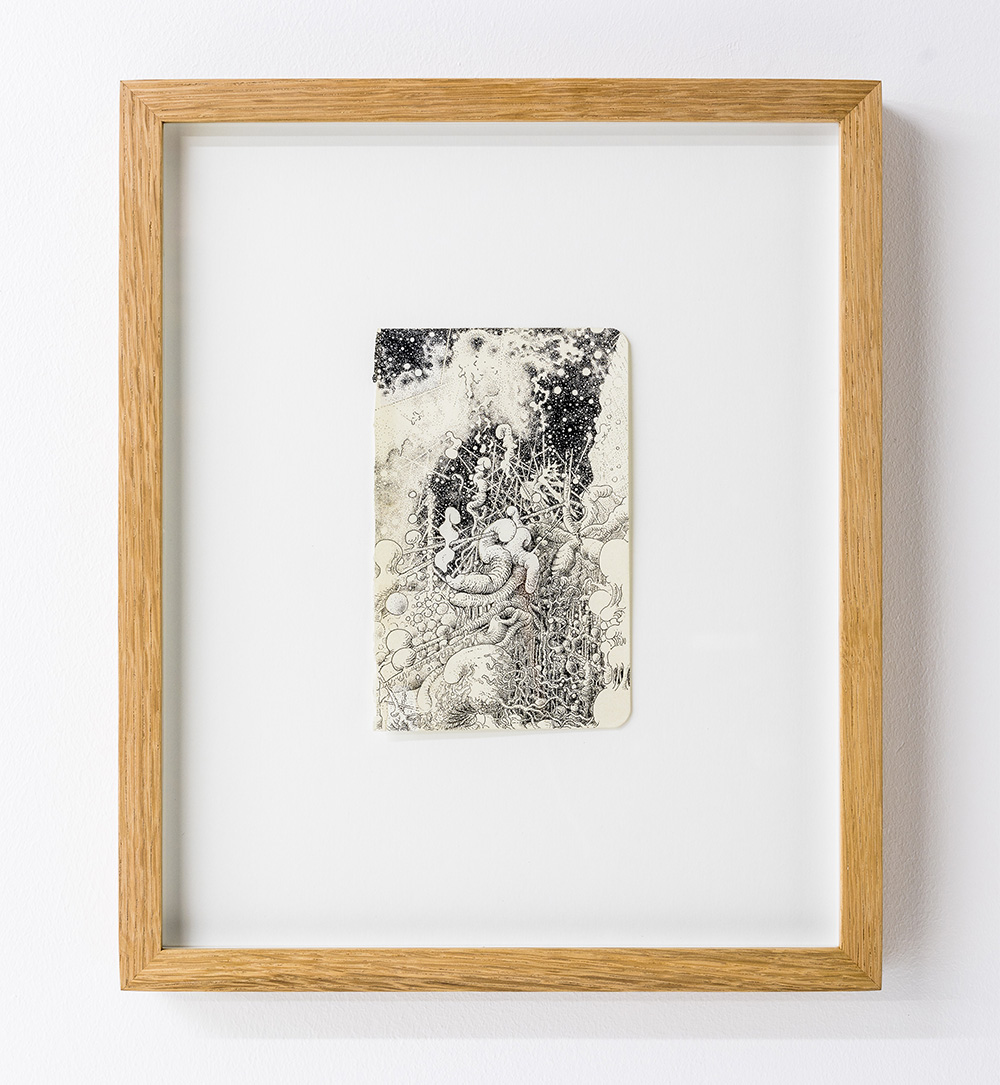 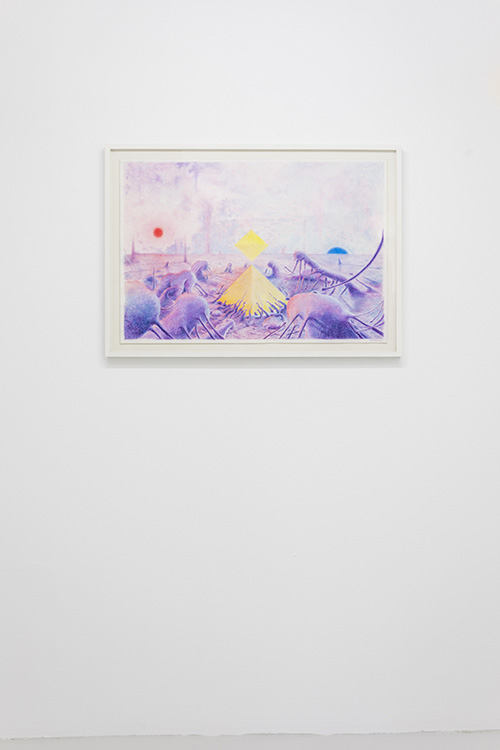 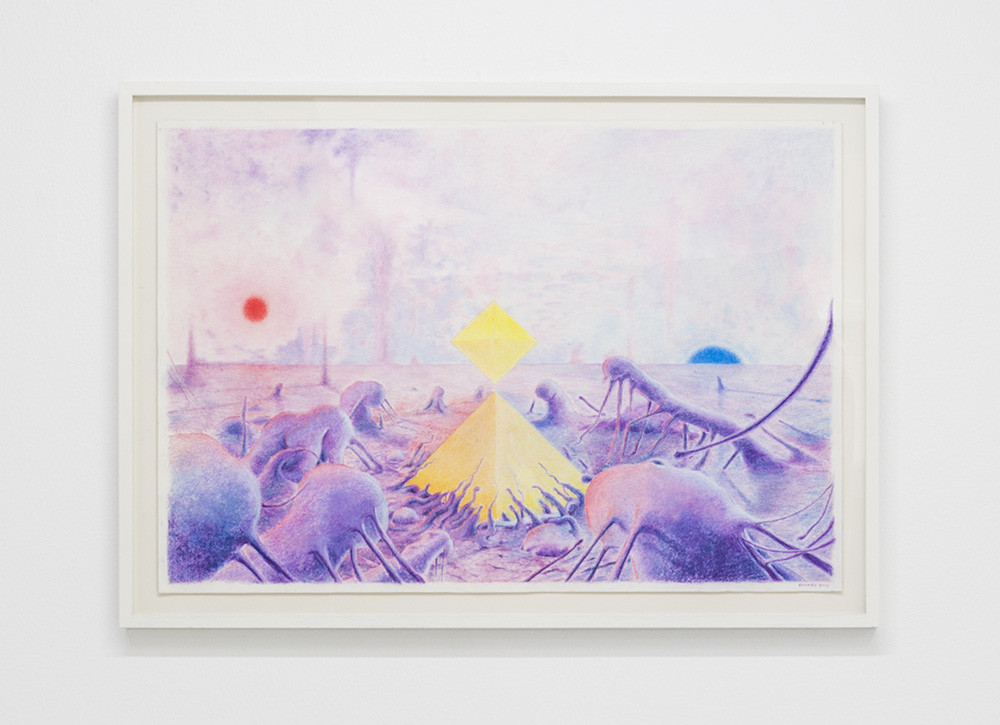 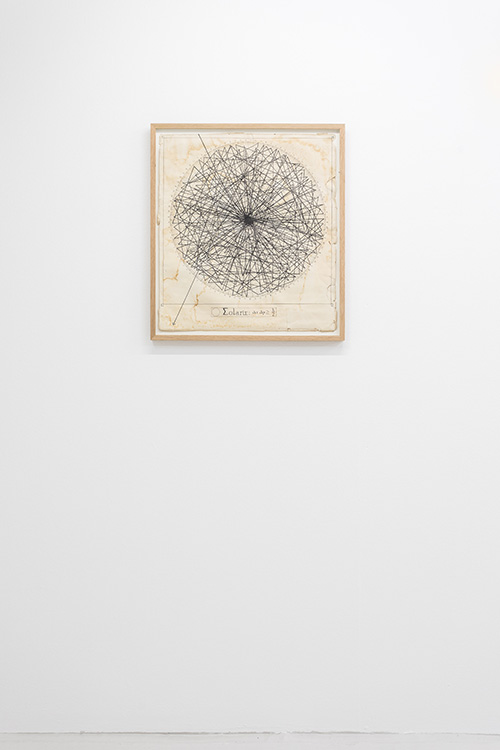 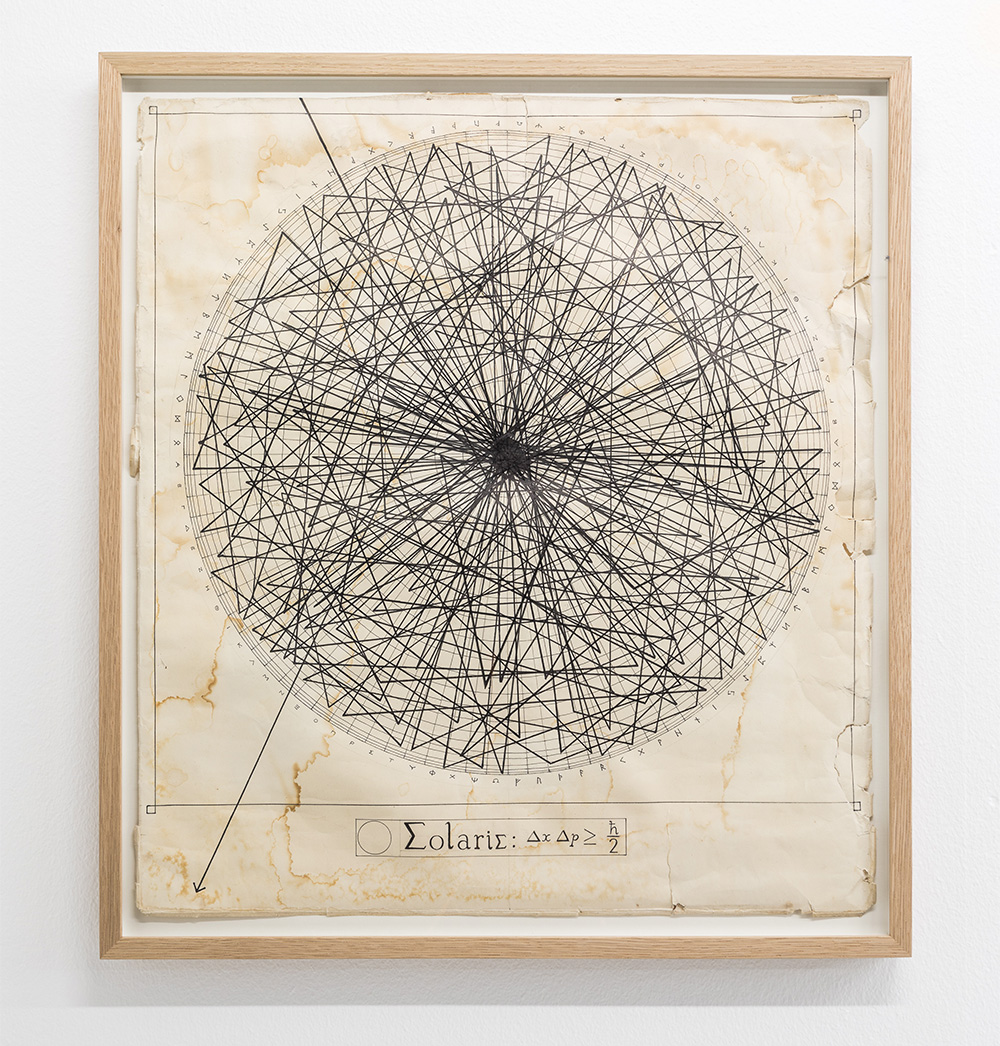 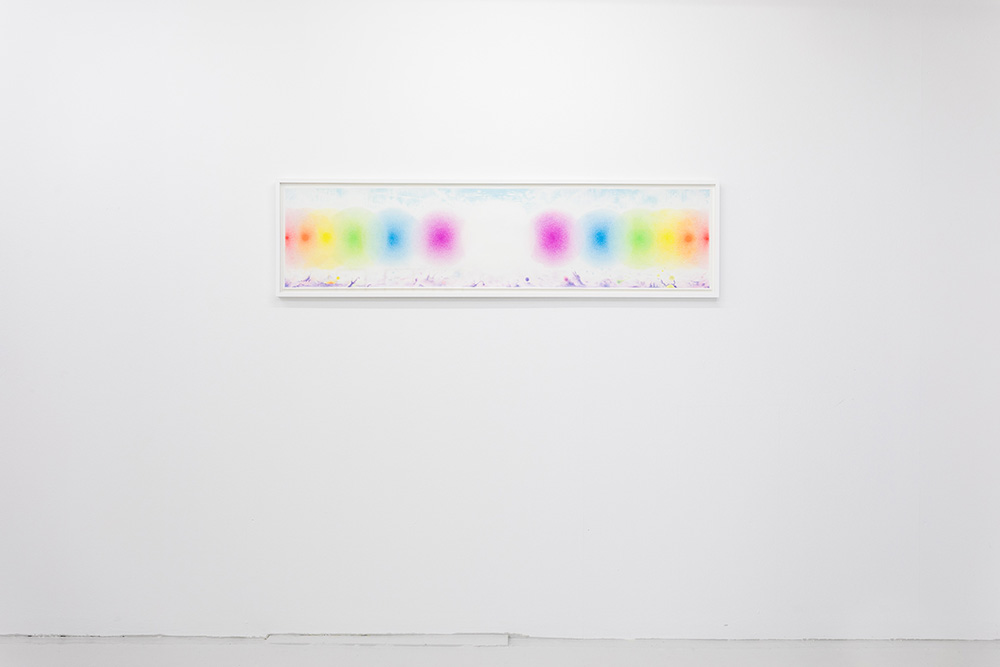 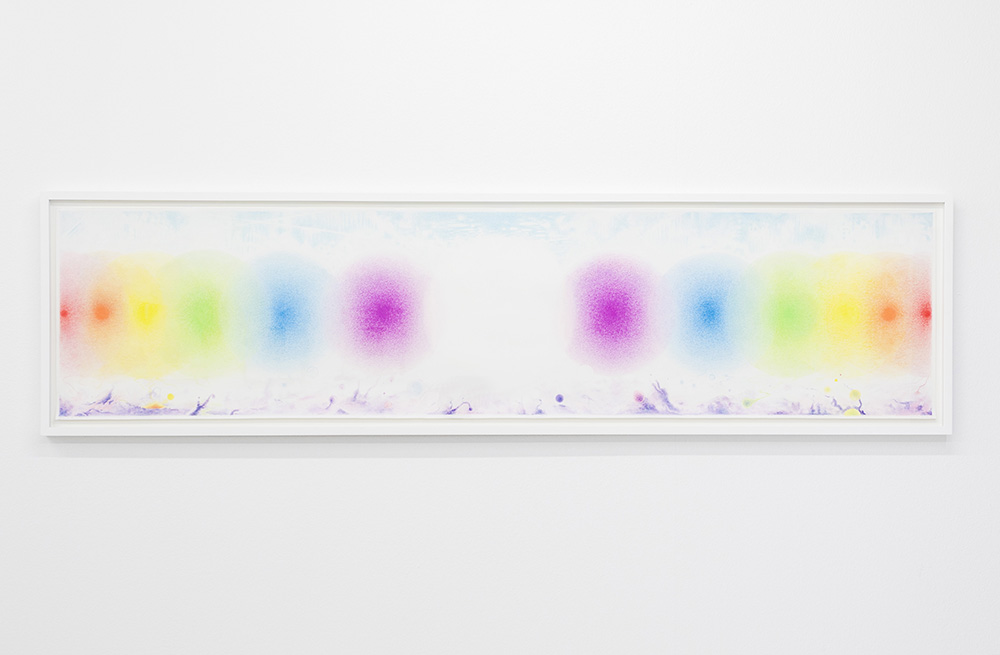