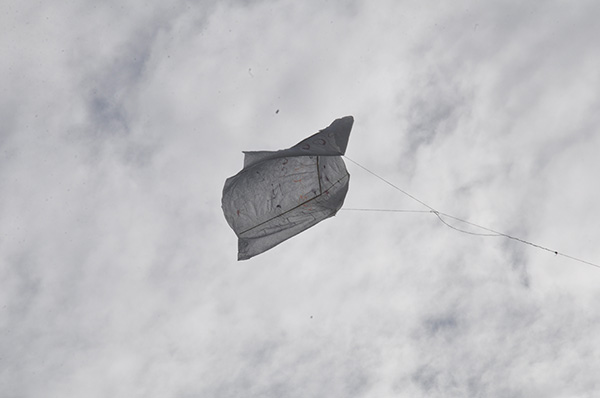 Margrethe Kolstad Brekke presents the latest stage of her semi-private celebration of the five hundred year anniversary of Sir Thomas More’s 1516 novel, Utopia, at Noplace. The exhibition has been partially conceived in Murmansk, Russia, to coincide with the one hundred year anniversary of that city. The content has been developed in the context of events produced by The Arctic Arts Institute.

One wonders if the trials and tribulations of contemporary Russia somehow compare to the brutal nature of the Tudor England in which Thomas More Lived? There is a similar disconnect between the humanist utopia that More imagined and the religious conviction with which he allowed his head to be removed for refusing to accept Anne Boleyn as the legitimate queen of England. Then again, he did clearly recognise his imagined island, Utopia, as somewhere that could not exist, ‘Noplacia’, a non-place, Noplace.

The works in the exhibition are the remains and final products of trials completed this summer, producing transparent sculptures that floated in the air of Euro Arctic Russia.

These kite sculptures, are hand-stitched from silk by the artist, apart from one large synthetic example that is the work of Murmansk based patchwork artist, Elena Kliuchnik, and developed in dialogue with Kolstad Brekke for this exhibition. The kites are Utopian in the classic sense that they do not fly particularly well.

Also displayed are fragments of research into possible future technologies for windborn energy production using kites. This research into the potential for renewable energy fulfills Kolstad Brekke's desire to distill these ideas into the mythopoetics needed to form artistic commentaries on the subject.

The kites become a metaphor for contemporary attitudes towards hopes and dreams, and a mood board for the Utopia jubilee. They look back at 500 years of ambition and progress from our position at the cusp of the apocalyptic situations currently unfolding at increasing speed around the world, not least in the exploitation of mineral resources in the Barents region. The artist clings to fragments of hope, finding that a critical attitude is no longer of much use. She would rather develop a feel-good approach to the post-apocalyptic lifestyle, the potential of which is virtually unlimited. 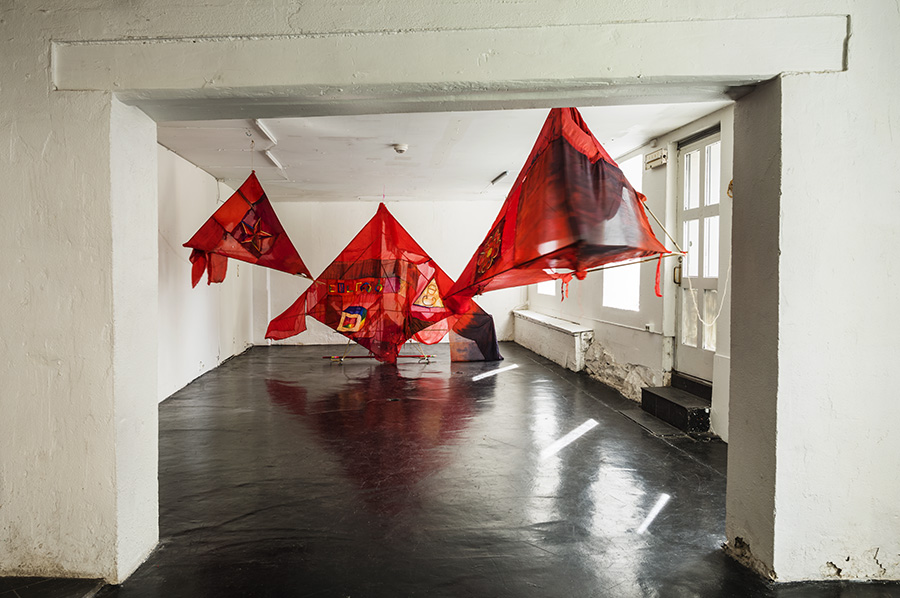 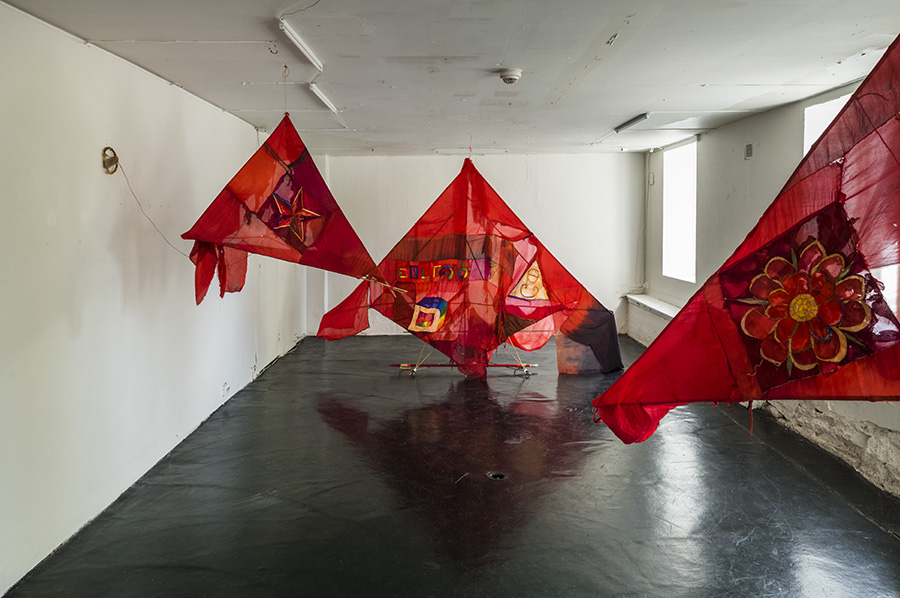 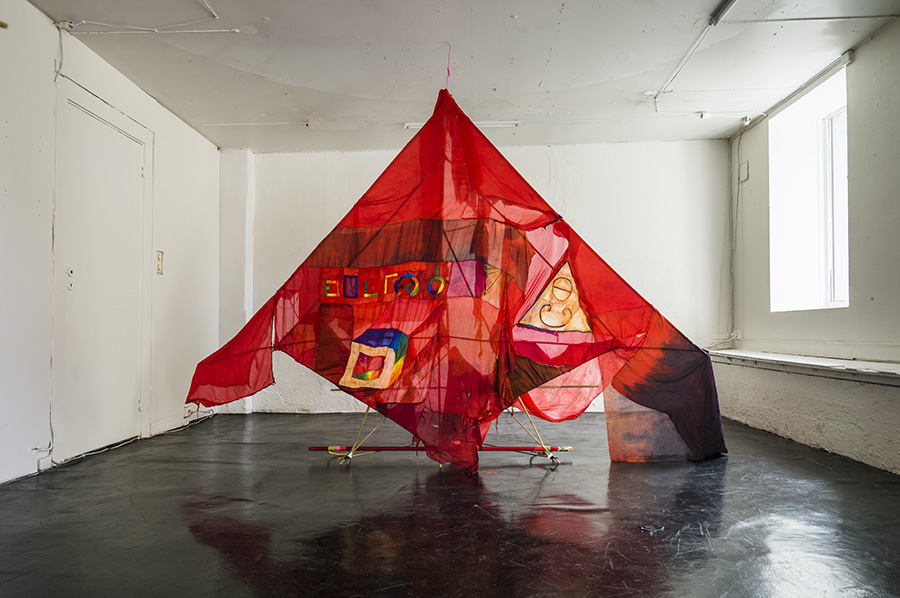 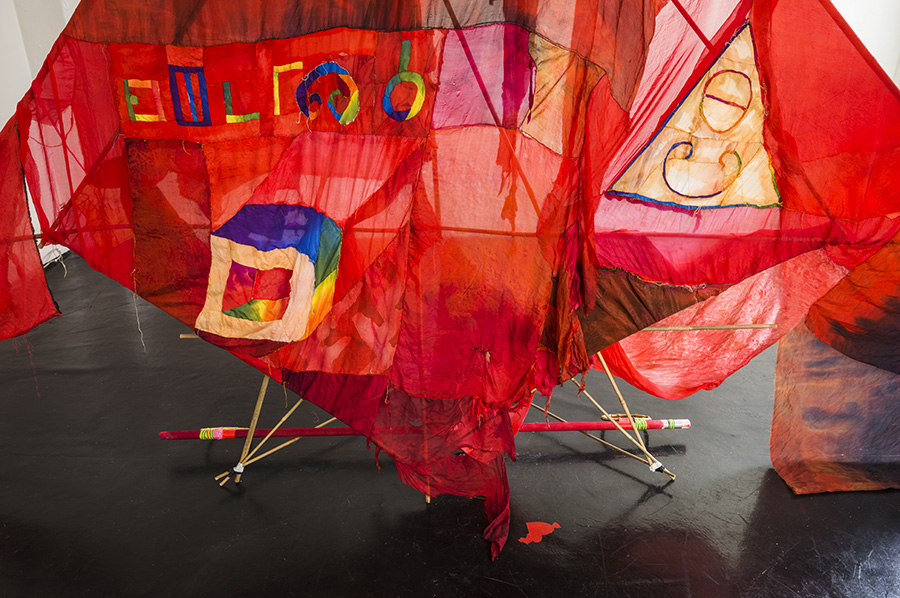 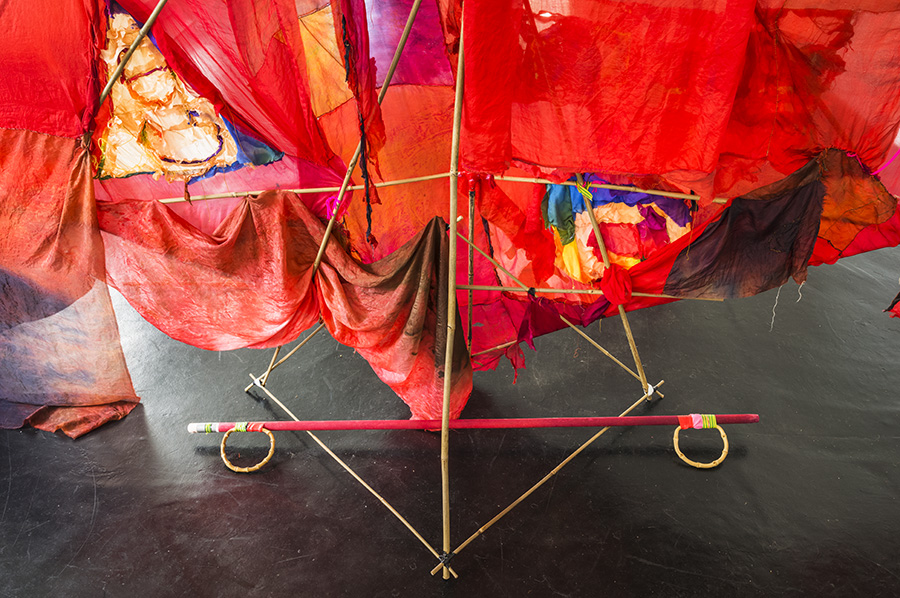 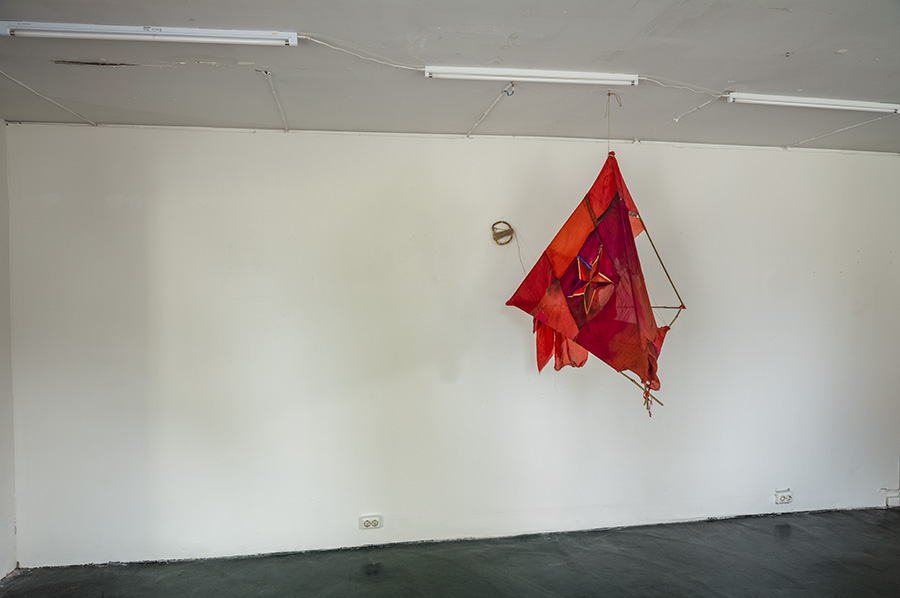 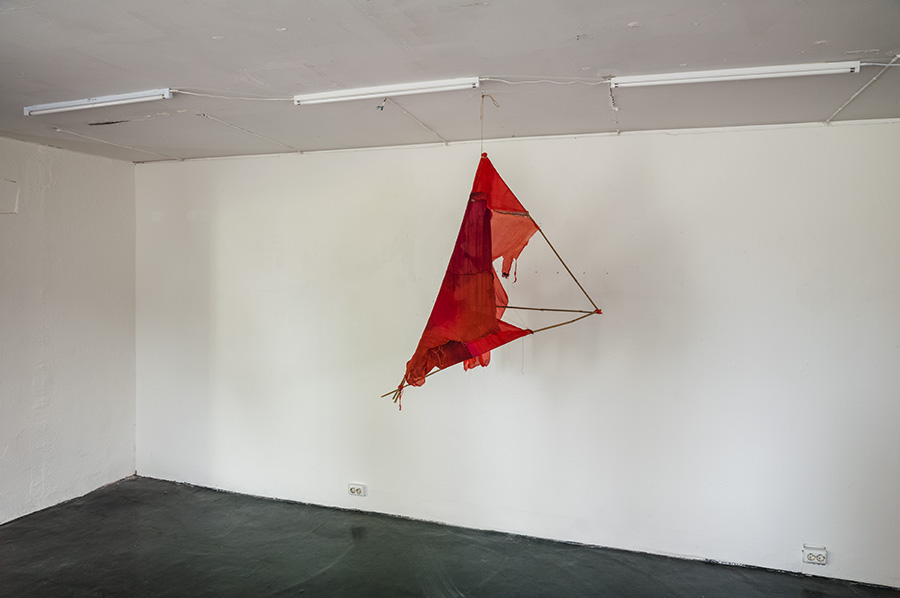 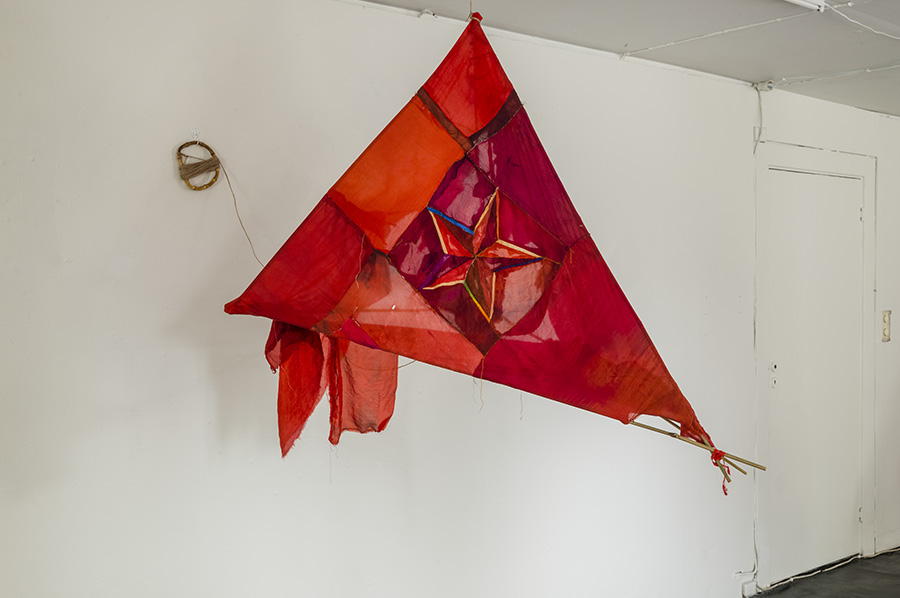 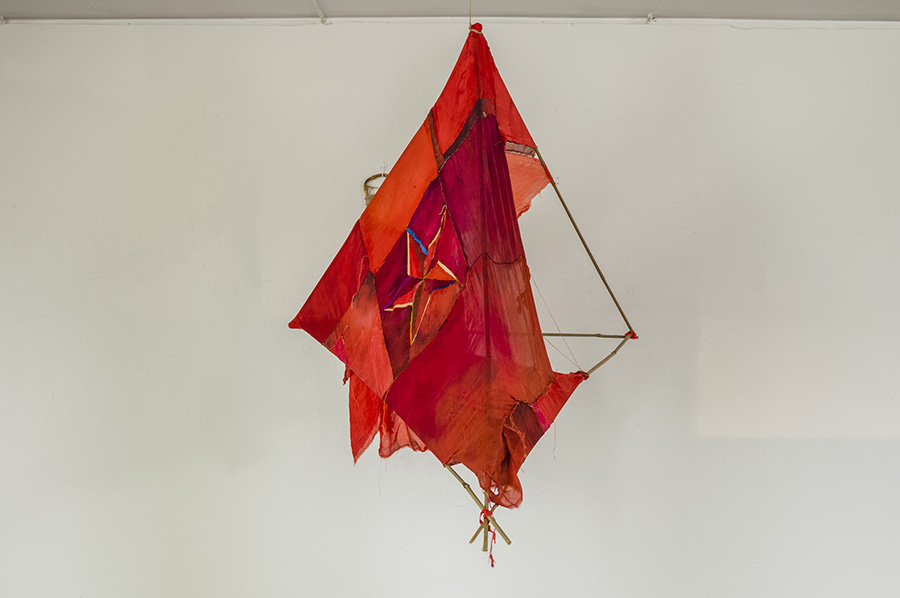 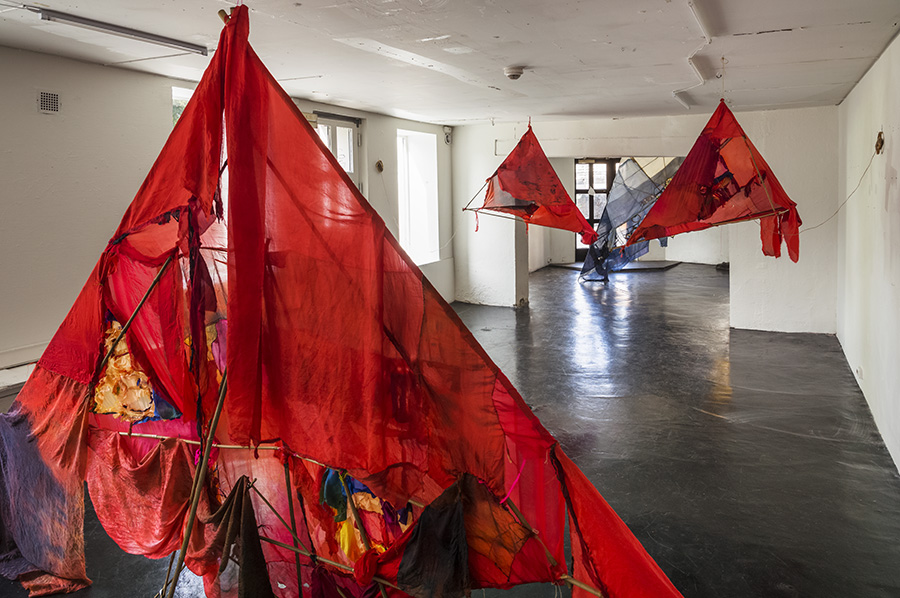 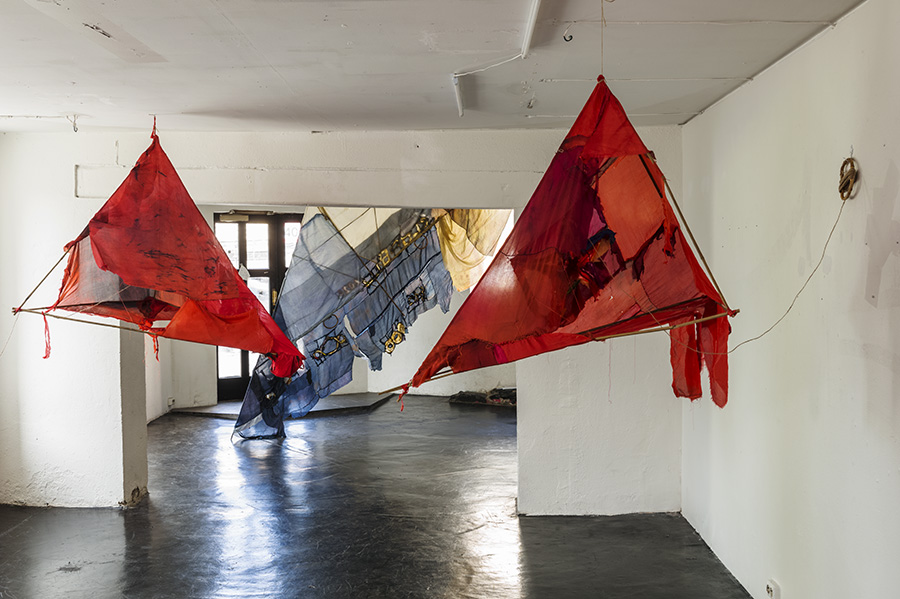 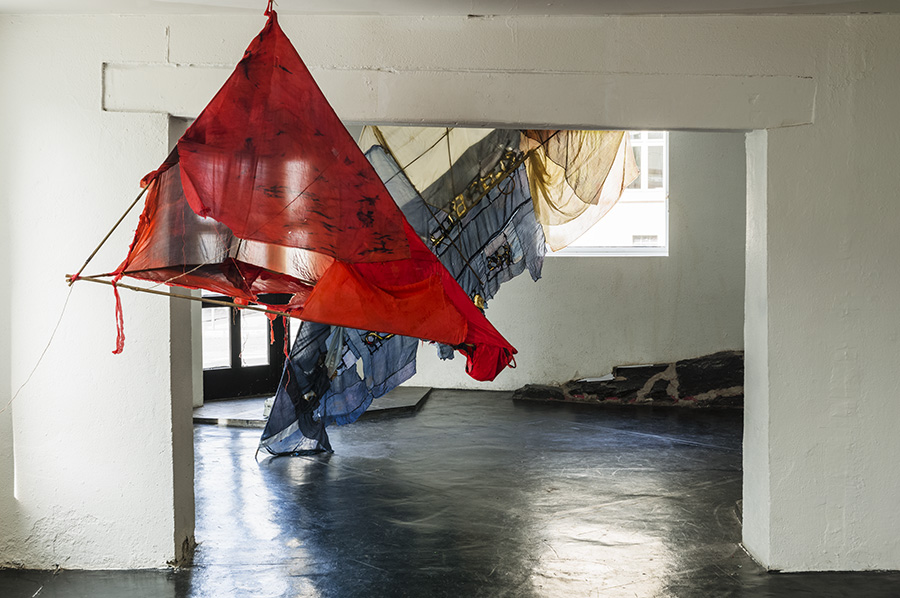 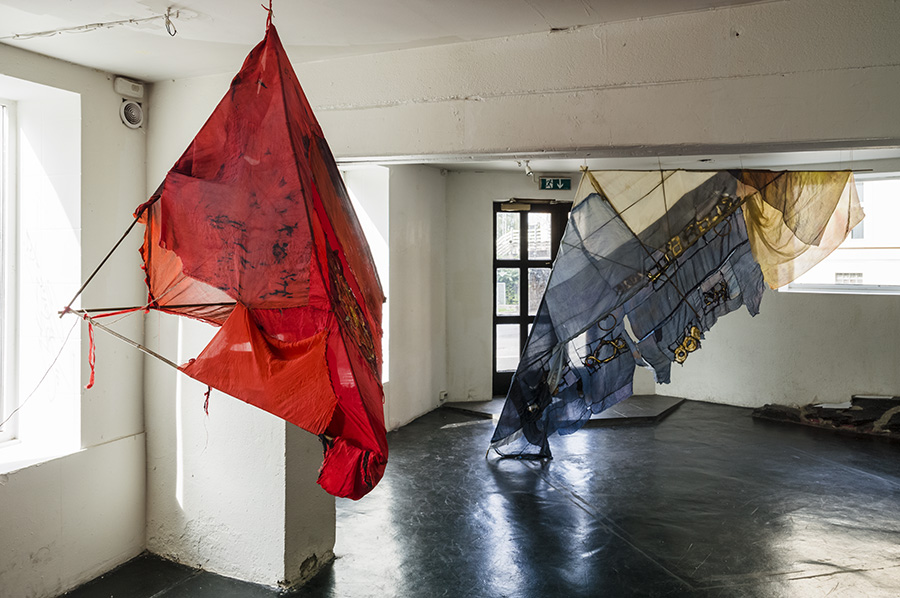 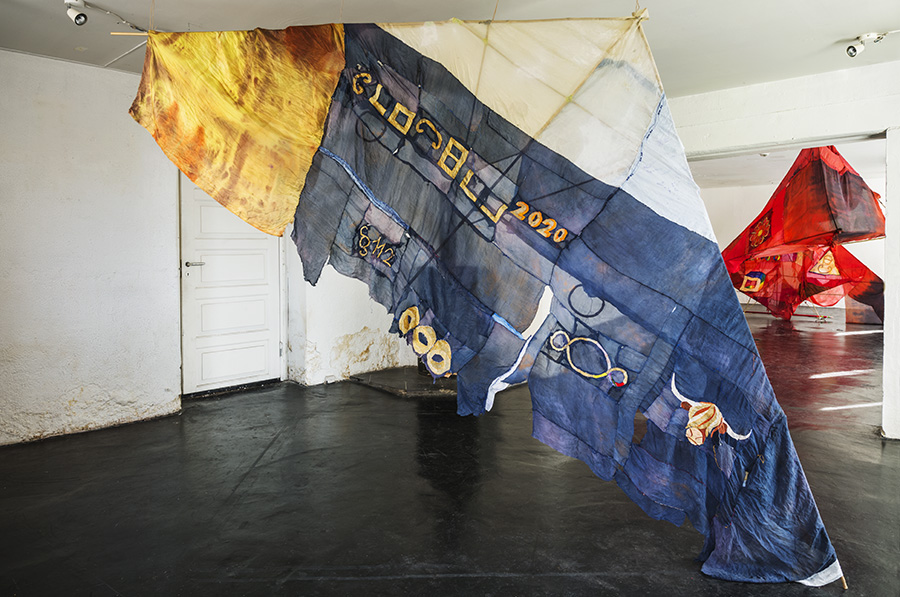 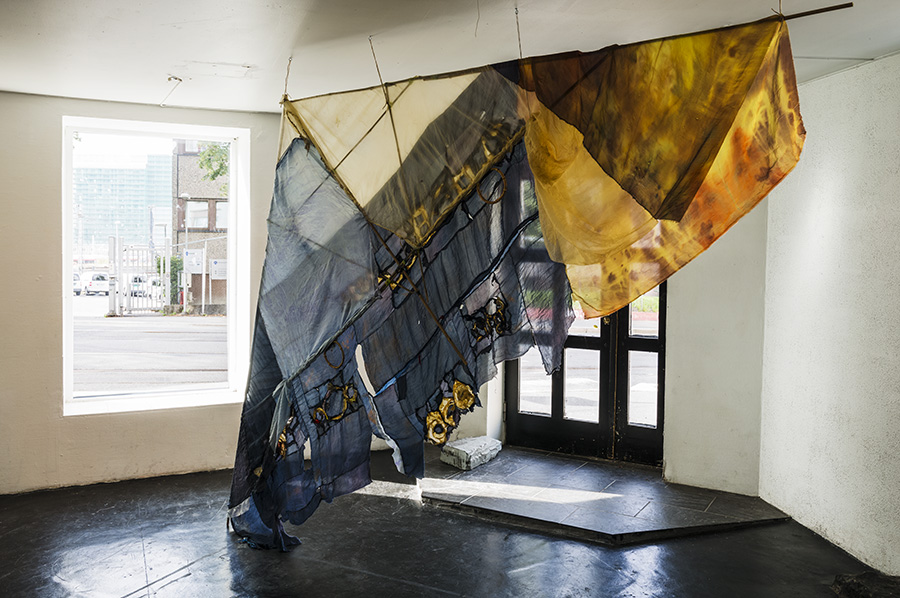 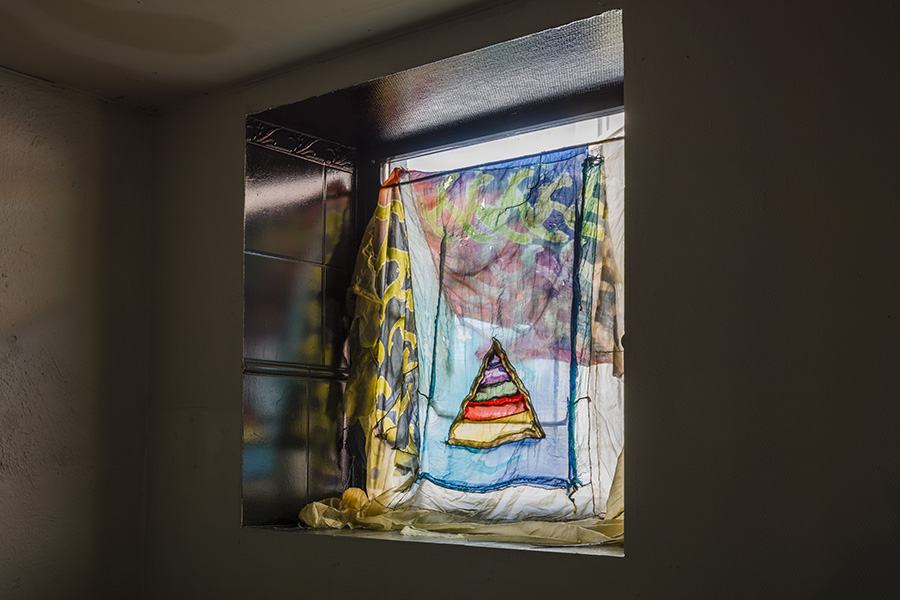 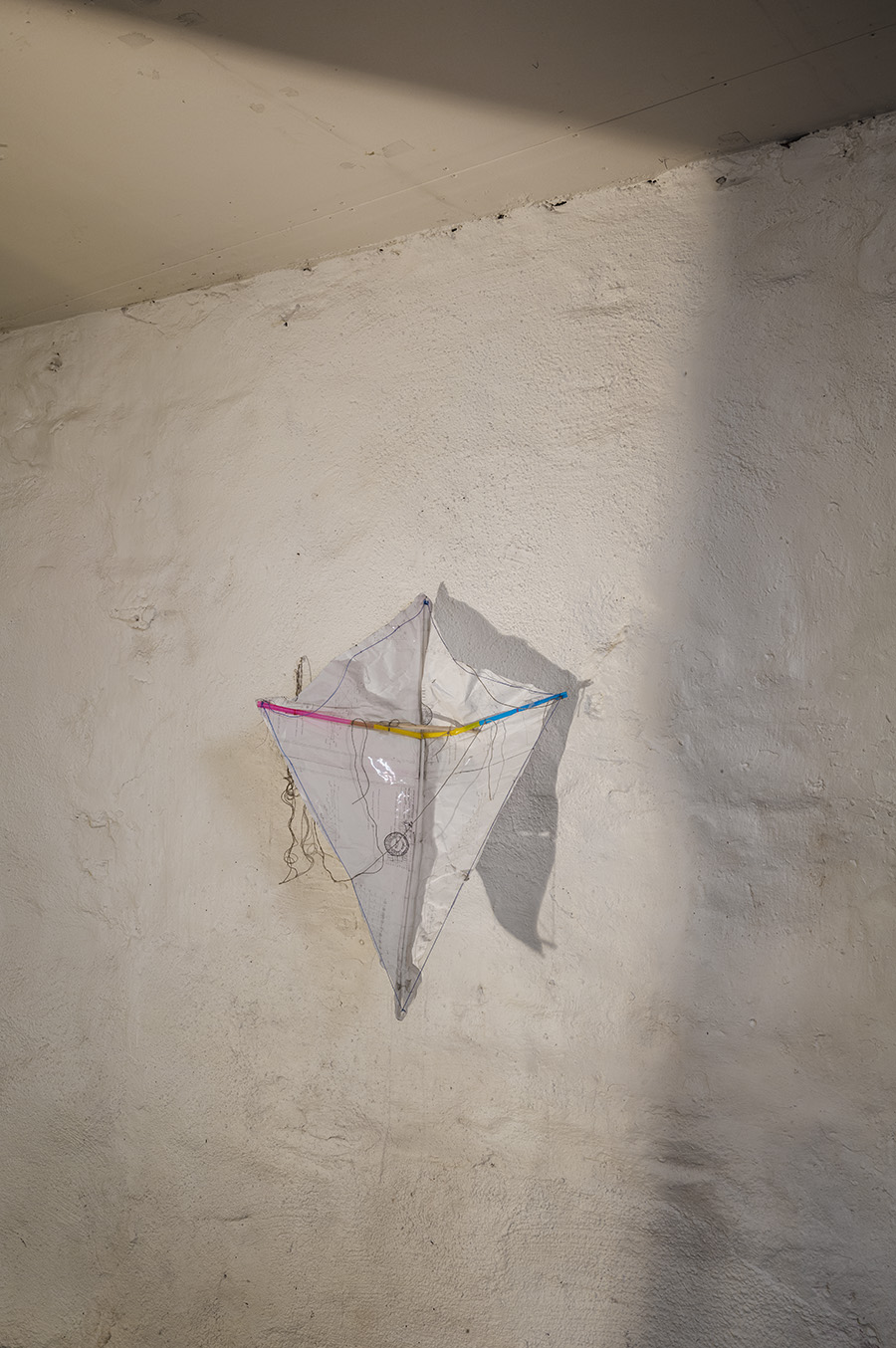 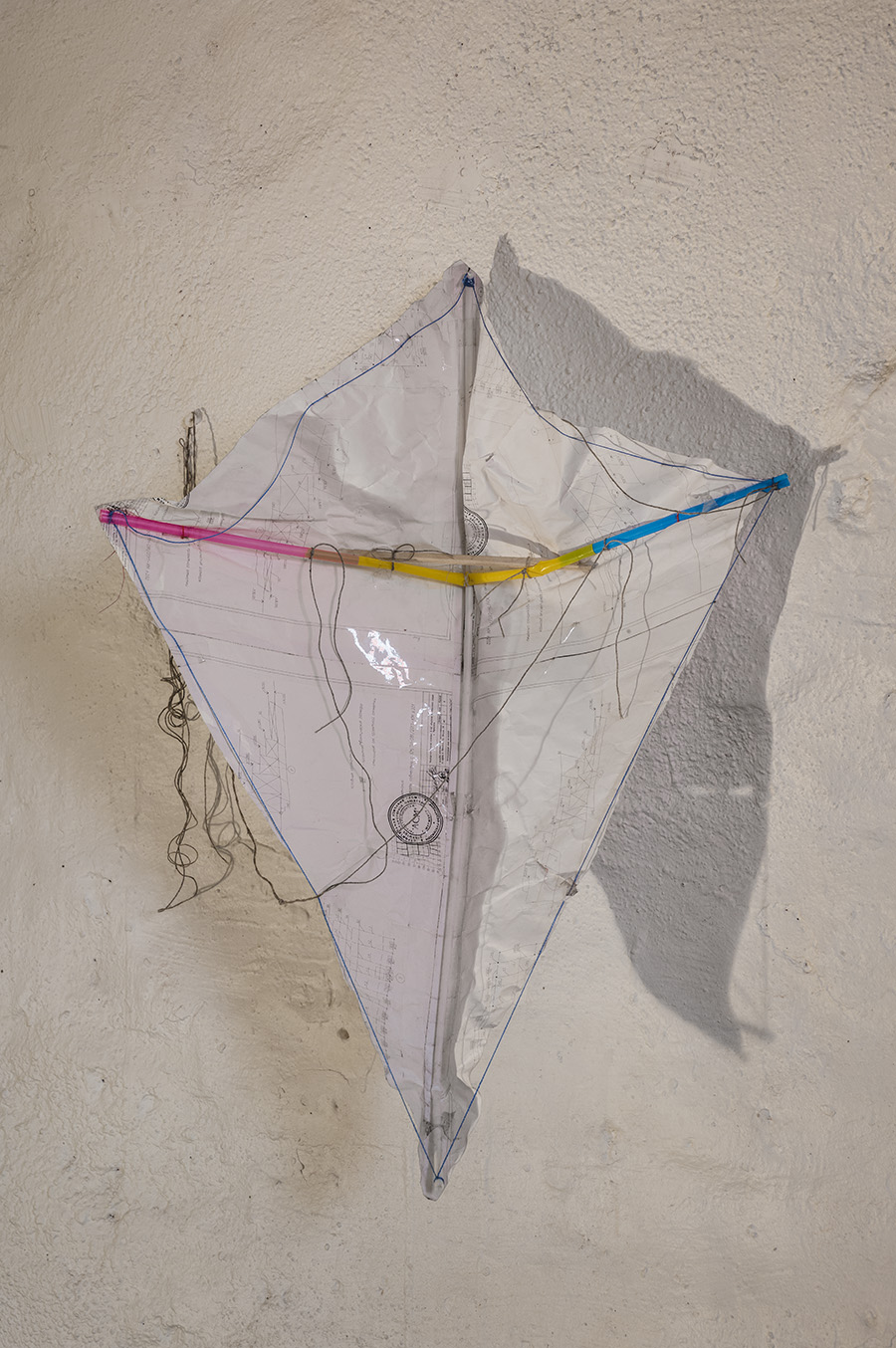 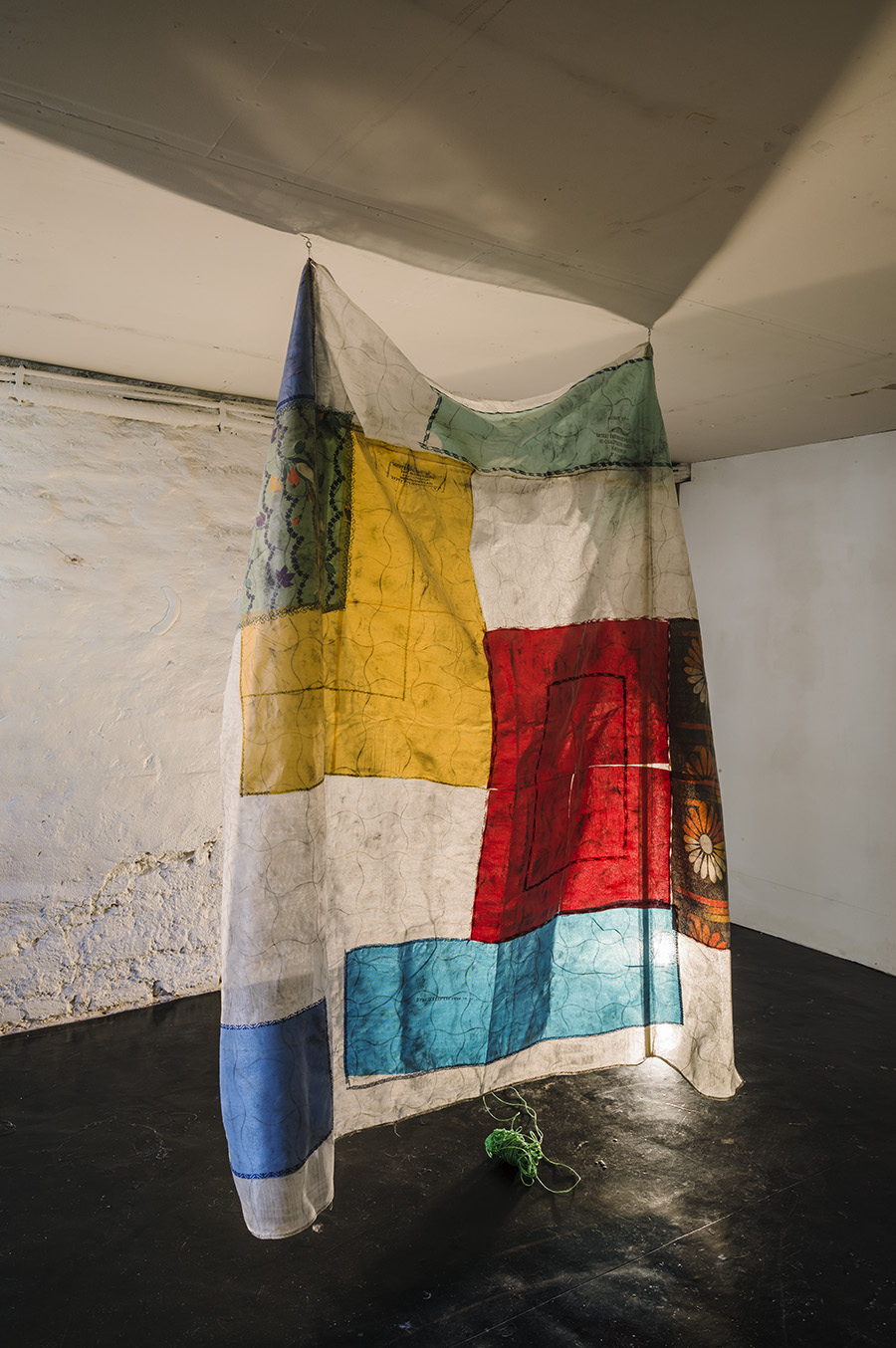 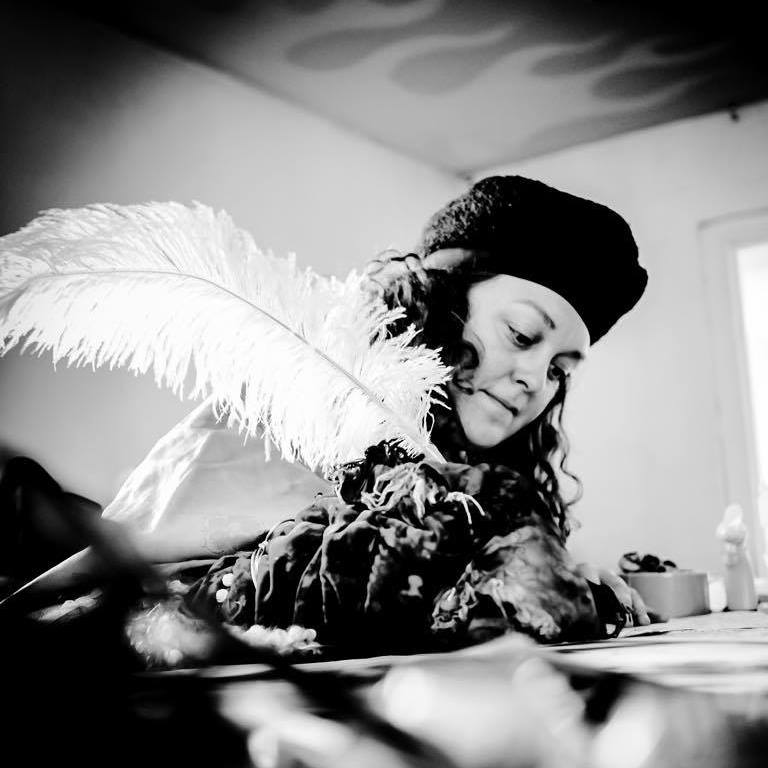 
Review by Tommy Olsson published in Klassekampen 9. September 2015.
(Norwegian Only)