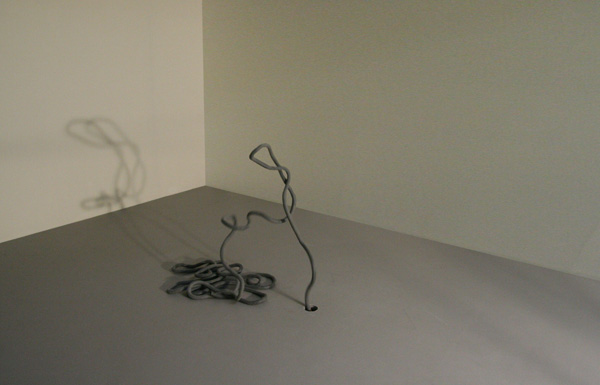 The long, black rubber cable in Magnus Oledal's installation work, "Non-Euclidean" comes flying out of a hole like an endless turd. You can't avoid the abject associations: something dammed up for so long that when it's finally released it's like a rocket to the bowl.


The term literal springs to mind. But Oledal's work is never literally literal, because there is always an animating element that remains hidden. How can a machine be literal? It can't; as soon as you plug it in there are things going on that you don't fully grasp. The machine can perform a literal function, like shooting ten meters of rubber cable out of a hole and then wheel it back in. Anyone can break down that algorithm pretty quickly. But you're still left pondering its secret workings; unless you make machines yourself and don't just use them; then you might understand how they work. But those of you that don't, all you know is that there's probably a spool in there, and a motor, and some kind of circuit board with little conductive pathways that transfer electrical signals according to some pattern that corresponds to the task the machine performs (the ice is getting thin already). But the abstract principles at work you might at best have some vague recollection of being taught in science class eons ago. I bet you couldn't have explained them to me even then. That's because you don't build machines. They are magical to you. You giggle with sheer amazement when Oledal's giant rubber turd shoots out. Oledal must be some kind of wizard you say to yourself. But he's not. He's just a liar. If you ask him how his machines work he makes up wild explanations and then laughs in your face when you buy them (psychopath?).


The banal absurdity of the machine's performance - perhaps symbolic, perhaps just idiotic (take your pick) - is juxtaposed with the metaphysics of that which animates it, that which is hidden. By separating the visual surface phenomena (black rubber cable squirt) from its animating source (the cased-in "bowel movements") Oledal's work gets poised in the tension between what is immediately certain and what is only vaguely understood or guessed at, leaving enough blank space to be conducive of metaphysical projections.


Though we know very well that nothing is really hidden here. All the information is there if we want it. Synthetic biology has successfully created a bacterium from an artificial DNA. There is nothing going on underneath that surface that isn't a hundred percent intelligible. The esoteric quality of the machine is an illusion sustained by ignorance. You could, if the desire to know was strong enough, kick through the floor (it's just some cheap fiberboards) pick the machine apart and try to figure it out, perhaps have someone explain it to you. But instead you stand there looking at the rubber turd shooting from that hole while you drink alcohol. Because knowing is boring and being drunk is fun. 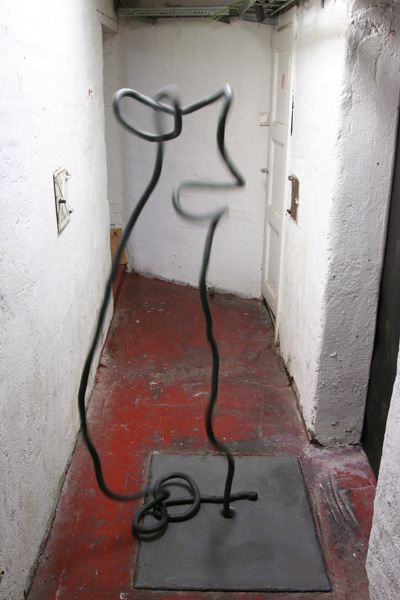 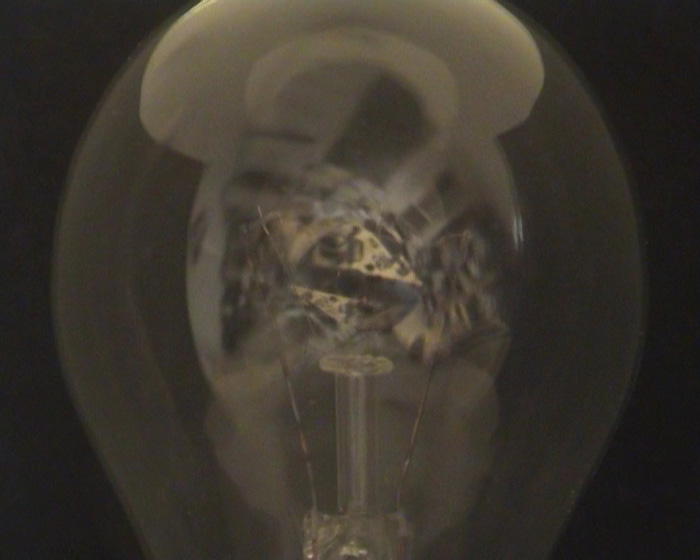 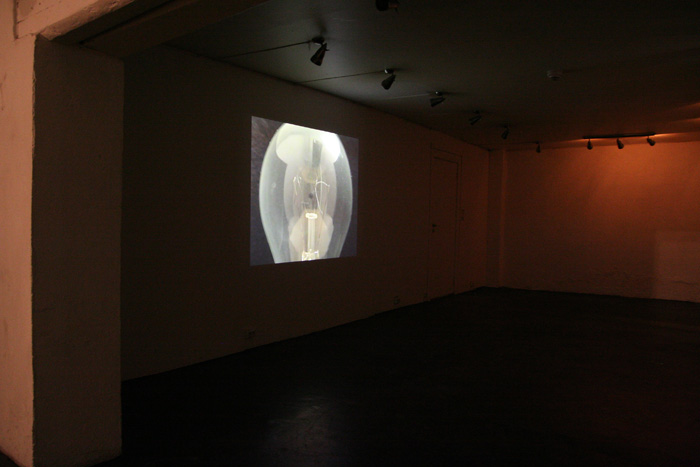