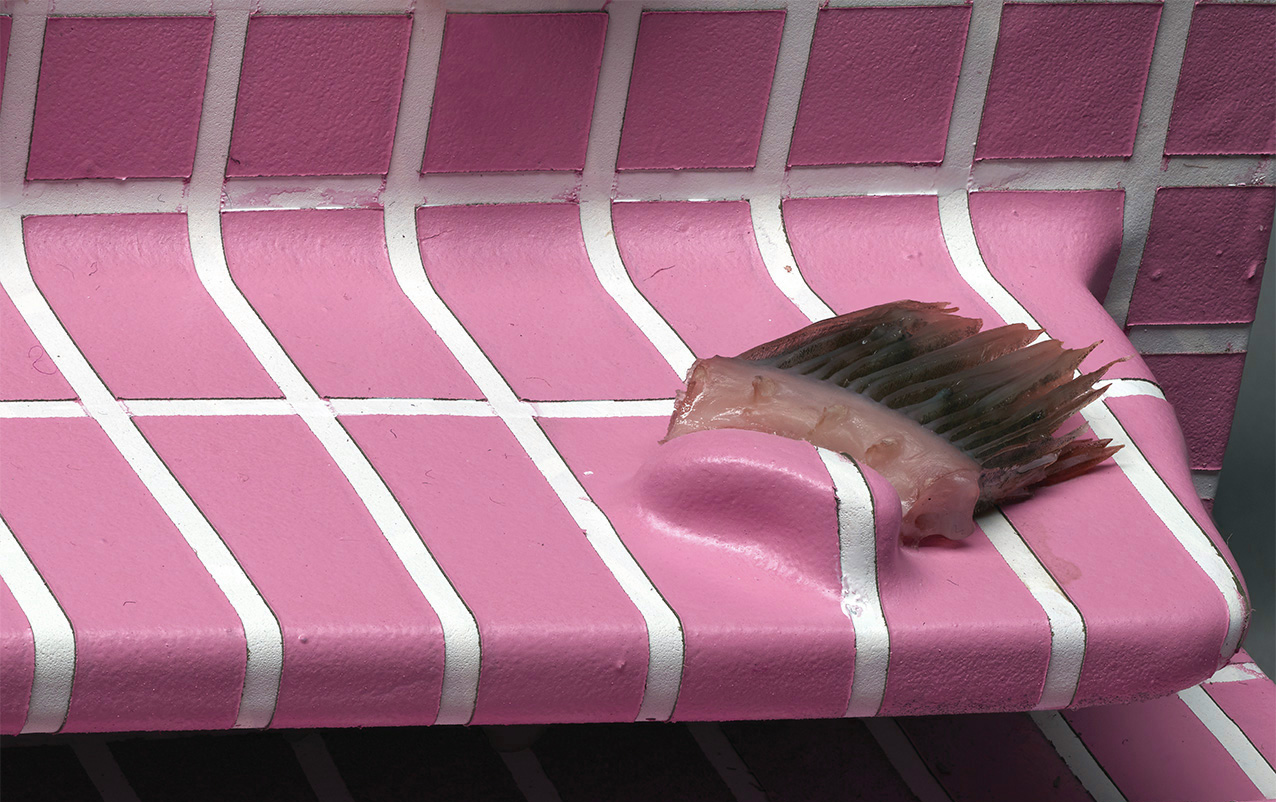 As I sat down to write this earlier today, I instantly reached for quotes to kick-start my demon engine – that little thing that makes me do the magic that I do. Because I needed a quote. Some funky words of wisdom that would set the tone for what this is all about. I knew it was probably a wrong turn to take but, I didn´t want it to be. Now, 14 hours later, I´ve got like 468 quotes written down. It took all day and most of the night. And there´s absolutely none of them that´ll do the trick I want them to do. I´ve effectively spent the day reading instead of writing. And probably the reading list itself makes more sense than any single quote ever will. These were my sources; Lord Byron, Adam & the Ants, William Butler Yeats, Jean Baudrillard, Slavoj Zizék, David Foster Wallace, Lady Gaga, JG Ballard, Camille Paglia, Marcel Duchamp, Philip K Dick, Lydia Lunch, Emil Cioran, The Shangri-Las, Carlos Castaneda, and that very special place I always end up on these research binges; The Sex Pistols live at Winterland, San Fransisco, January 14, 1978.

Better: Nervous Wreck by the Radio Stars, released on 7” in 1977 has been playing in the back of my memory all the way through this, and no; you can’t quote one Nervous Wreck to make sense of other Nervous Wrecks. It won’t do. Why am I telling you this? Because the reading list actually does make sense — if you read everything backwards at the same time.

Because the works of Alex Bunn are a fundamentally fractured business — a combination of materials, ideas and discourses that never ever come close to any sense of balance and harmony. They´re utterly dysfunctional, yet more often than not, stunningly attractive, as if at least half of it is made of candy. Never mind the other half – the thing is that nothing is what it seems, and everything is a representation gone wrong. The pieces in this particular puzzle weren´t made to fit, and your first impression will collapse instantly as you´re drawn in by the confusing maze of details. Because it doesn´t look quite right. And given enough exposure, ones associative patterns of thinking will be completely re-wired, molested, and left crying for help. The visual language draws on the dynamics of recognition and total alienation; what is known is translated into the unknown. What you see is never clear, because in pretty much the same way I´ve been grasping in vain for quotes to navigate by, the visual memory goes into overdrive – you´ve seen it before, but you´ve never seen anything like it. Really, you´ve never seen anything like it. It is to contemporary art what artificial intelligence is when applied to social media – not as random as it seems, yet unlike everything else, and potentially dangerous.

In the here and now – nervous I´m not, but wrecked I´ve been for a very long time – I want these scenarios to be a bathroom because that´s what everything I know tells me. Except I know too much; everything is dislocated and fragmented, colours and patterns are always a camouflage – i.e. it is anything but what it seems. It transforms as you watch. Actually, it transforms you as you watch, and it will never stop. Should one crack all the codes the real trouble would begin and all the fuses would blow, the stars in the sky would switch off. There would be a sharp knock on the door etc. etc.

More than anything, it points to that age-old secret knowledge; that the main difference between the art world and the rest of the world, lies in the fact that the art world is for real. 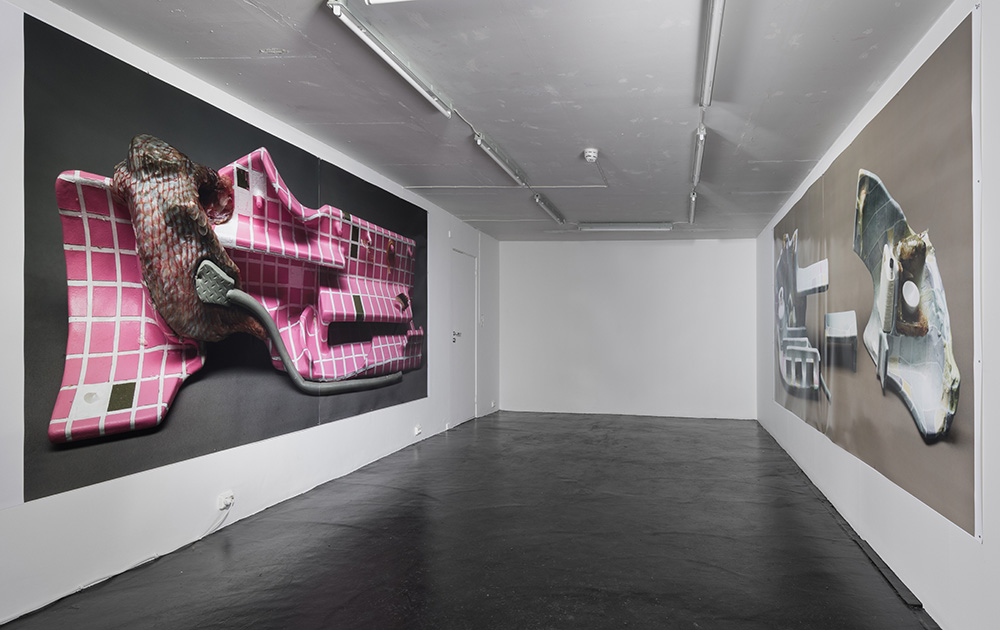 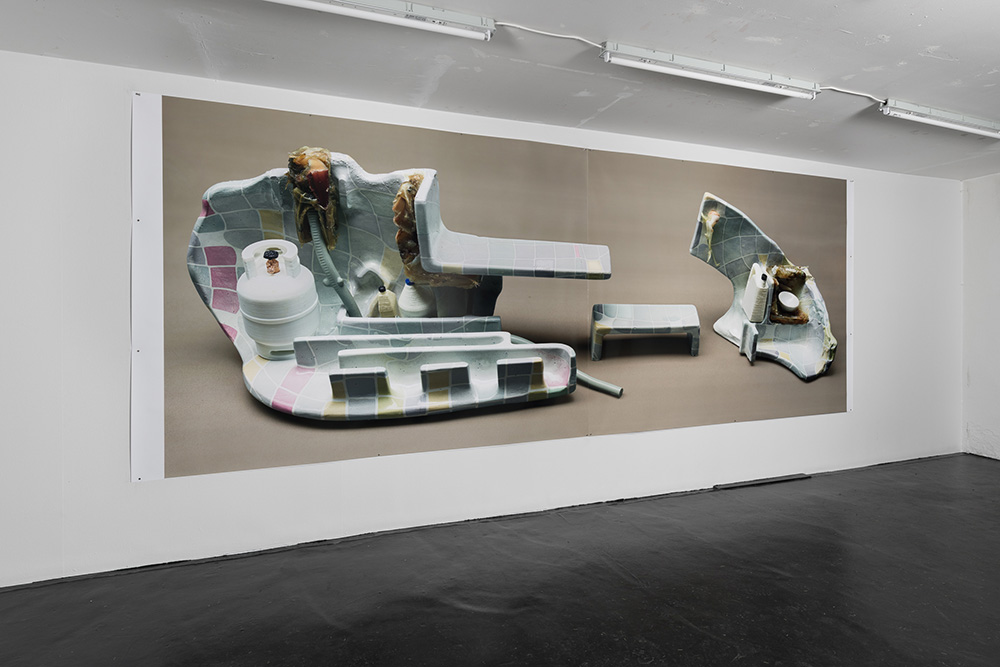 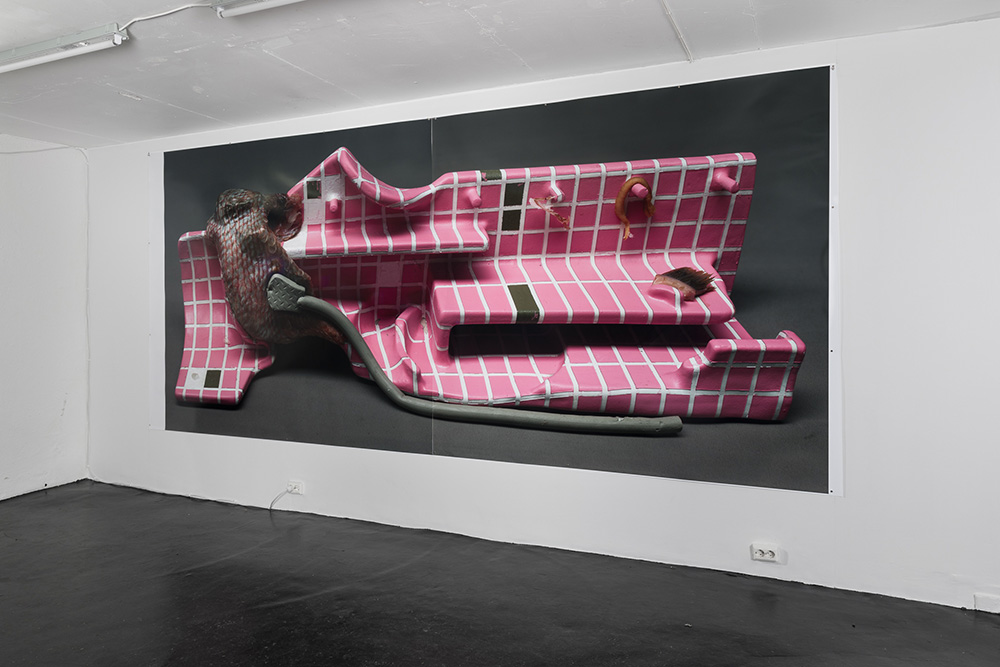 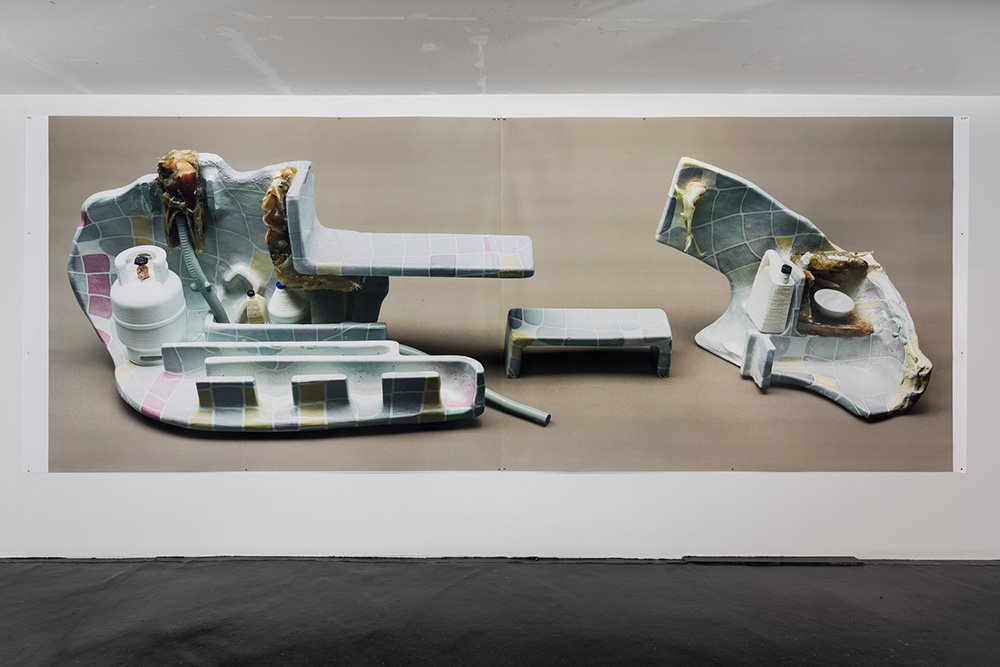 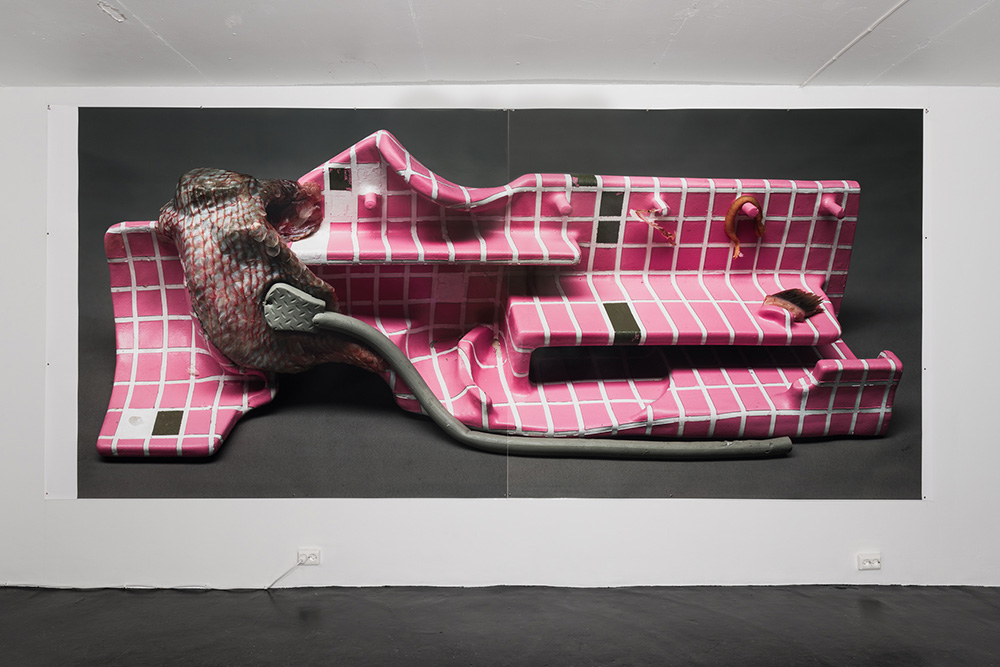 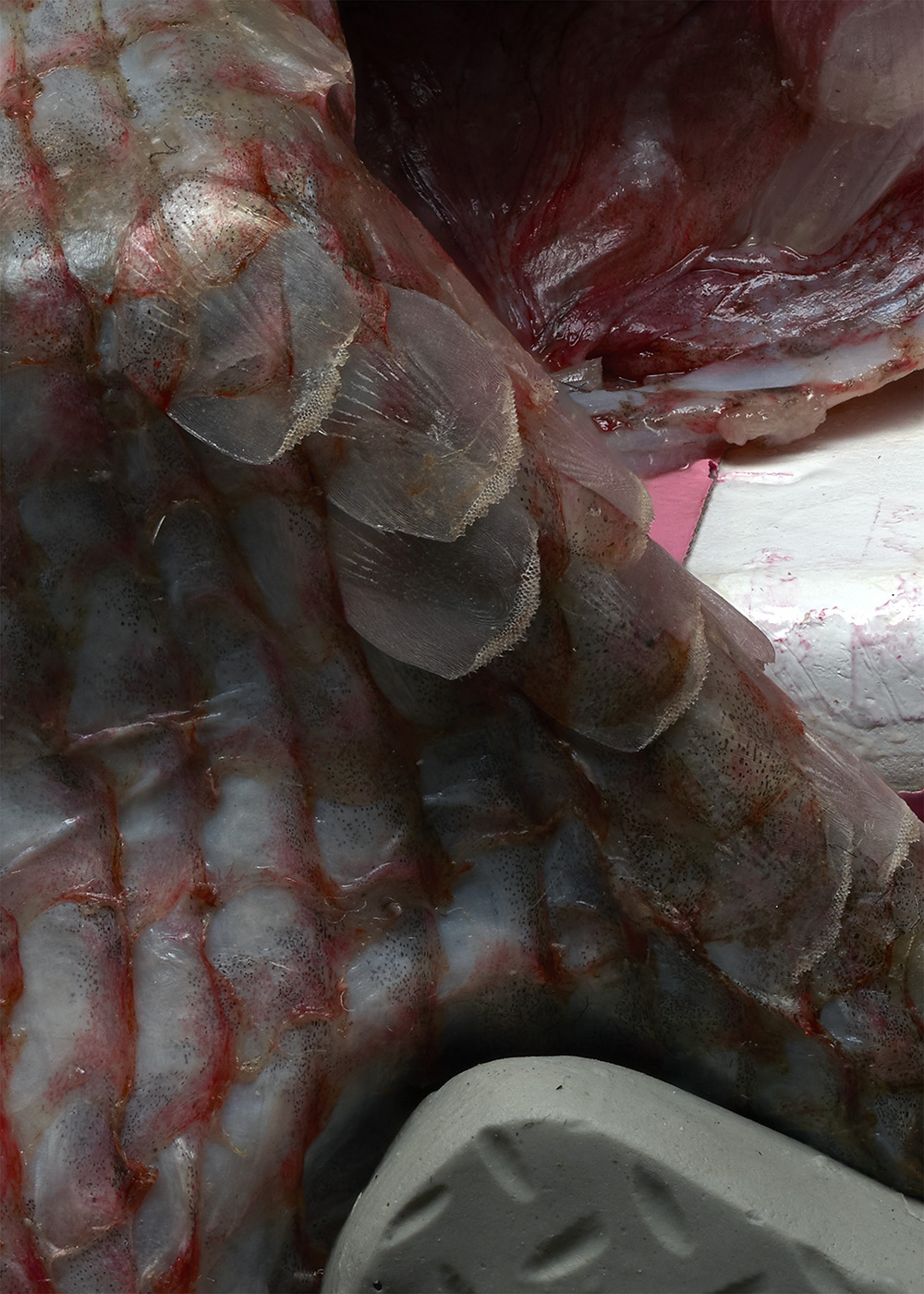