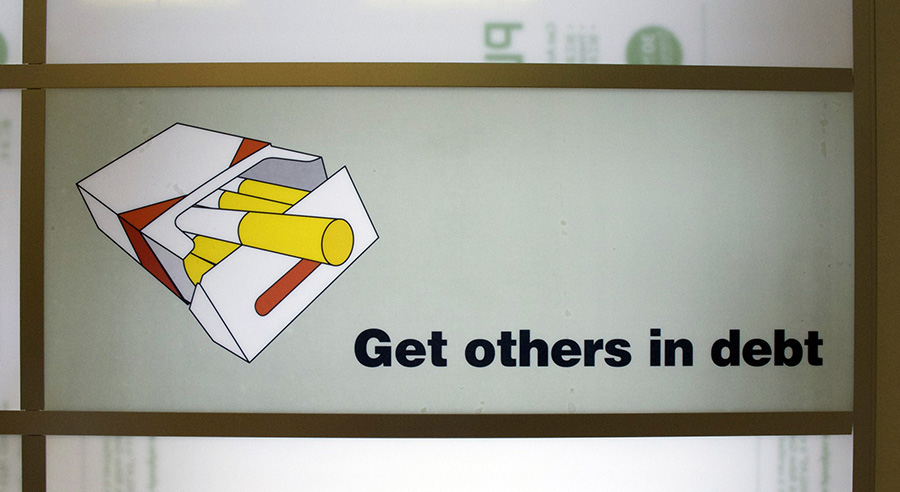 In the video accompanying Peter Booth’s installation “Learning to play” the camera circles a jazz pianist, and later a drummer, performing in a darkened bar. The atmosphere is typical for this type of music. All that seems missing is the clientele—and cigarettes. I went to a jazz joint in Prague once, located in a tiny basement. It was crammed with people and there was no ventilation. The shortage of oxygen however did not prevent the man next to me from chain smoking. He wasn’t the only one; you could literally not see the person sitting across the table. Everyone’s lungs were doubling as casts for monoxide bricks. During an intermission we struck up a conversation. He was Chinese, in his early twenties—though he looked older, fat, unhealthy—on what was meant to be an educational trip through Europe, planned and financed by his parents. Prague was as far as he’d gotten. He had become fixated on this specific bar, addicted to its atmosphere, and been going there every night for three weeks, to get drunk and listen to music, waiting for his funds to bleed away (or asphyxiation to set in).

His behaviour invested intensely in the now. He was passionate in other words, not factoring in his losses, health-wise at least. Access to the full picture, we know, could come at the expense of our capacity to properly enjoy. The grand piano, which has centre stage in Booth’s video, is an interesting figure in respect to this conflict between passion and knowledge; because its lid is kept open during performances its mechanics are open to inspection. This is not something you consider as an audience since your view of the piano’s interior is usually hampered by a seating arrangement that positions you below the performer and/or at a distance from her. Booth however plays the prosthetist; his camera’s up-close and slow circling discloses the instrument’s ambivalent character in full. As our view glides around and around, from tilted (dusty) lid to miked interior, the performance takes on a degree of transparency. The informative view invites detachment. Which goes against one of the basic tenets of jazz music: immersion.

It’s safe to say that the prospect of making money is normally not what incentivises people to become jazz musicians. Probably you could name other alternate forms of reward that they receive to ensure status and benefits of some kind, but I don’t think its possible to explain the pull this vocation has without taking into consideration how certain brains are wired to find the activity immensely self-rewarding. Jazz is a site of immersion; it’s hard to imagine it performed in a detached manner. (Right? I mean, there are experimental strains of jazz that are more cerebral in character, but they do not typify the genre and could for our purpose be dismissed as “noise music”, or possibly “sound art”.) The expectation of a minimum level of immersion on the part of the performer surely applies to most music, but the often improvisational character of jazz makes it an especially apt example of an immersive activity. Having a stake in the collaborative and playful commits you to the performance as an emergent event, keeping you in state of constant anticipation.

And the audience are expected to be likewise enthralled. One time I went to a concert with a well known Norwegian jazz pianist, for which my friend had fixed us front row seats. It was a late night event, so we stood around outside the venue and drank beers in the cold while we waited. By the time it began I was so tired and drunk my head started bobbing only a few minutes into the performance. I zoned out and subsequently slept through the entire thing. My friend told me afterwards that the performer, who was situated on an elevated platform right above us, had glanced down at me occasionally, then sought eye contact with him and shaken his head at my impudence.

There’s a long tradition for idealising music among the arts, giving it special status premised on its semantic pureness. Music sans words is not an effective means of conveying specific instructions and thus not fit for scheming. At best you can manipulate people’s moods. Which is not to say that it can’t be tethered to other communication forms towards more cynical purposes. For instance, the use of music in advertising is hardly new. Still, Booth’s coupling of the mellow ambience of the bar and the jazz set with the jarring vernacular of the billboard sign seems inappropriate. The two expressions refuse to synthesise properly, remaining at odds despite the effort that has gone into syncing them. The music is too tranquil, too innocent, to fit the advertisement’s glaring injunctions to smarten up. It’s a classical case of profaning perhaps, of submitting to normal use something that was reserved for ceremony. In which case learning to play would ask us to move on from Prague. 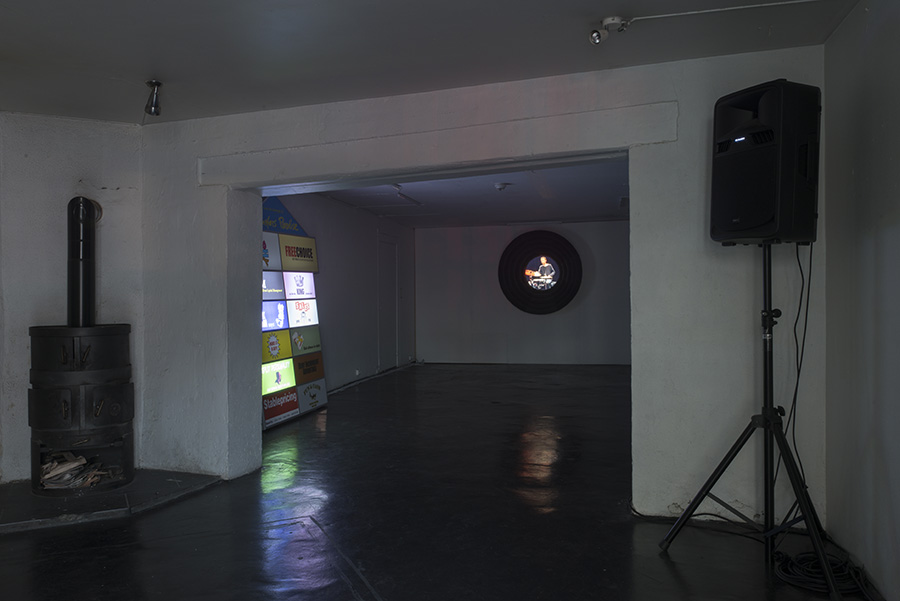 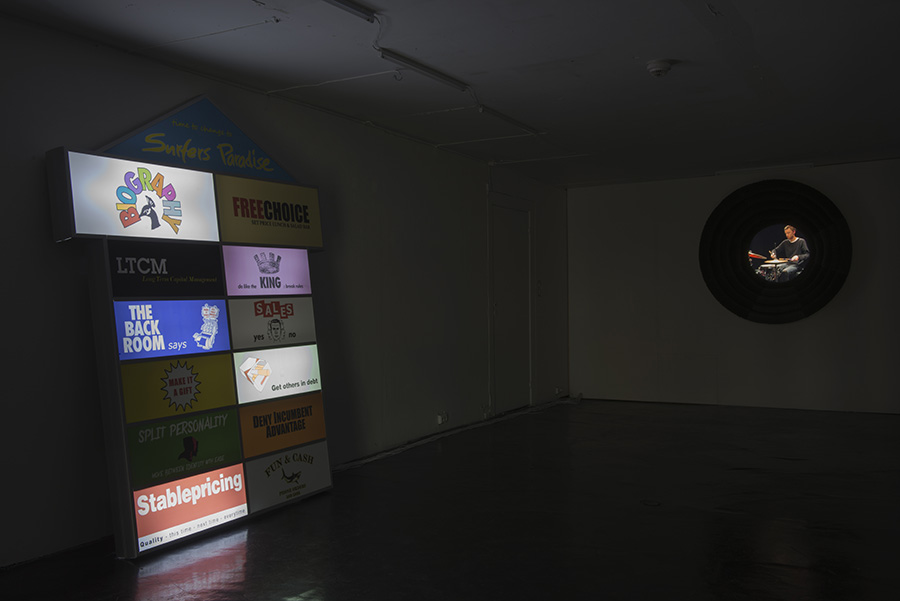 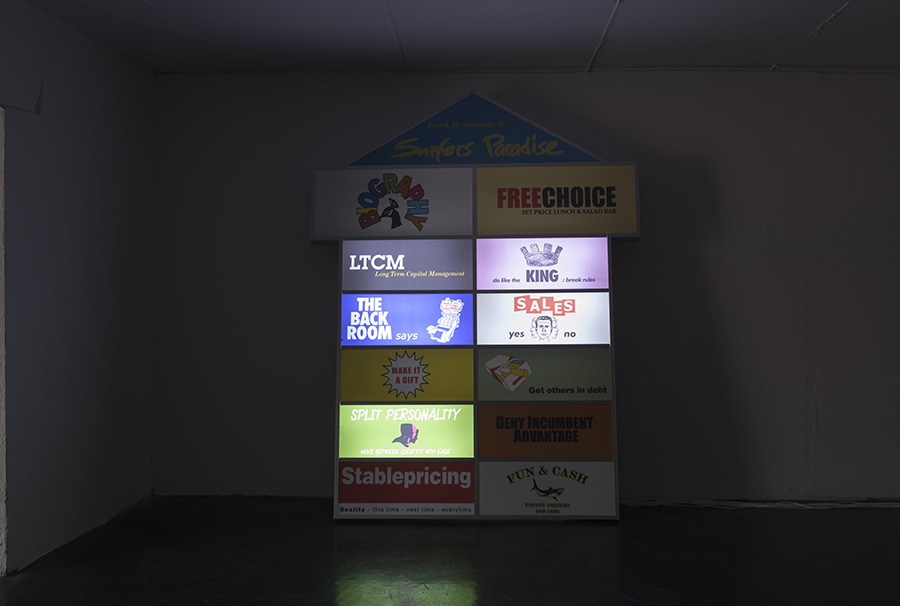 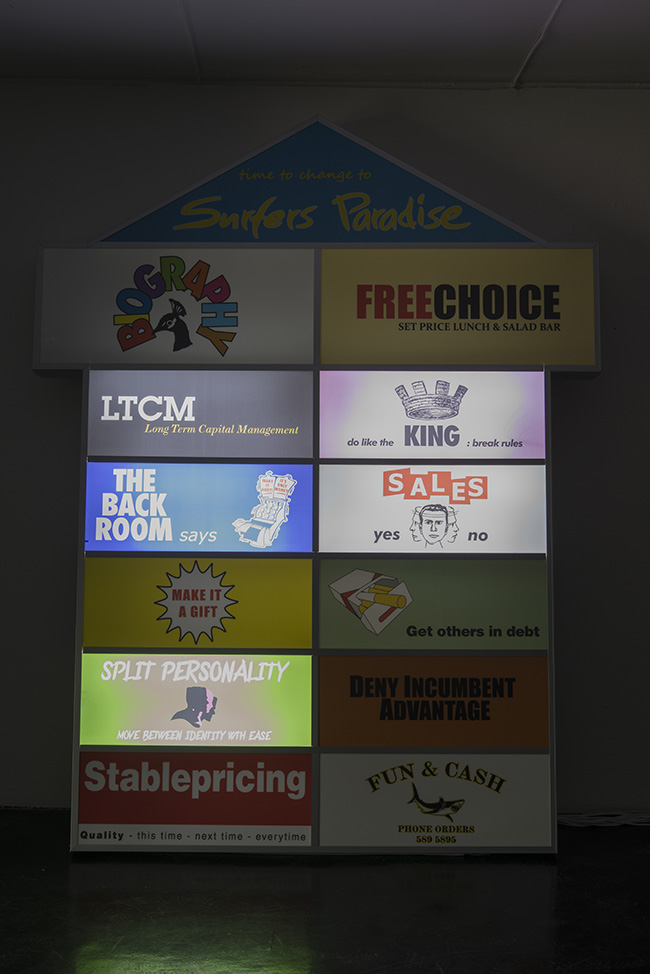 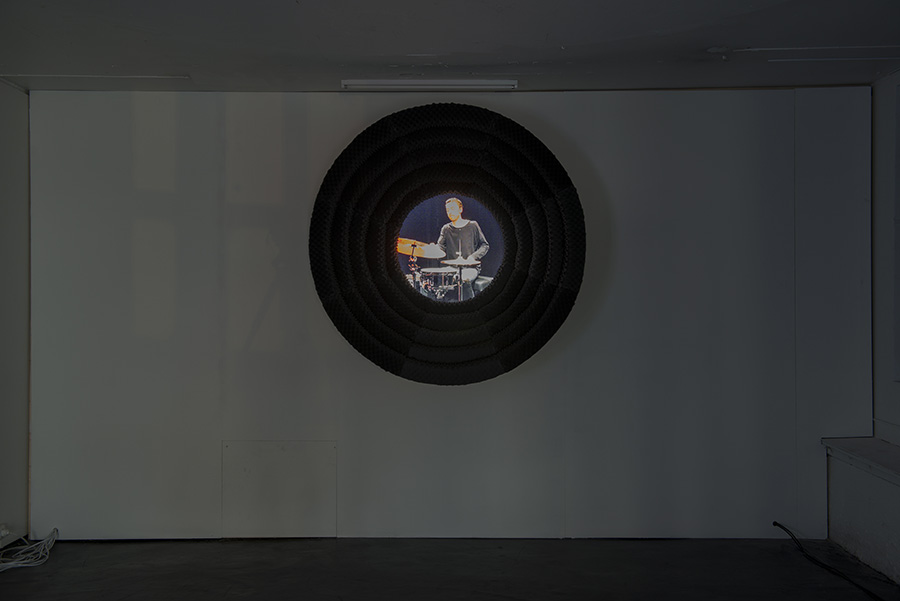 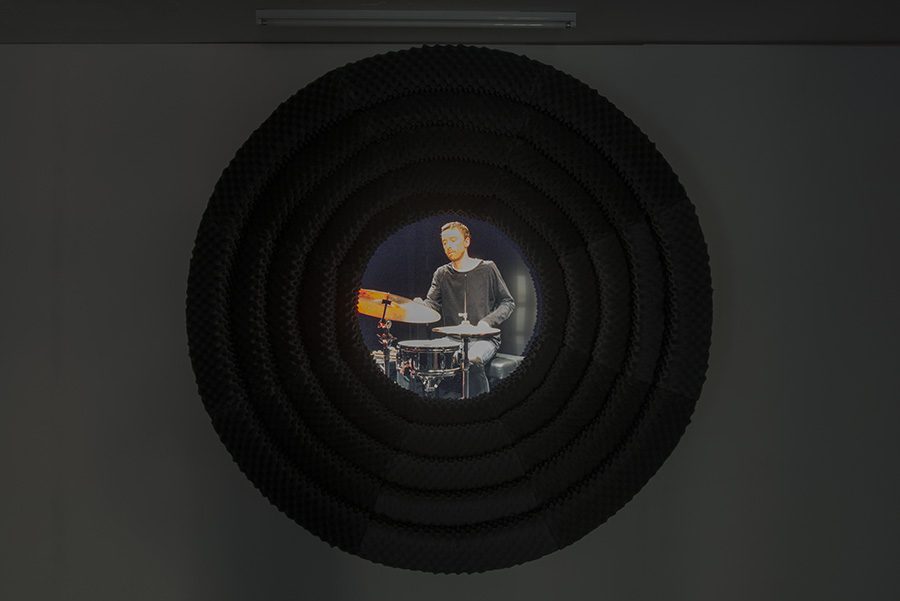 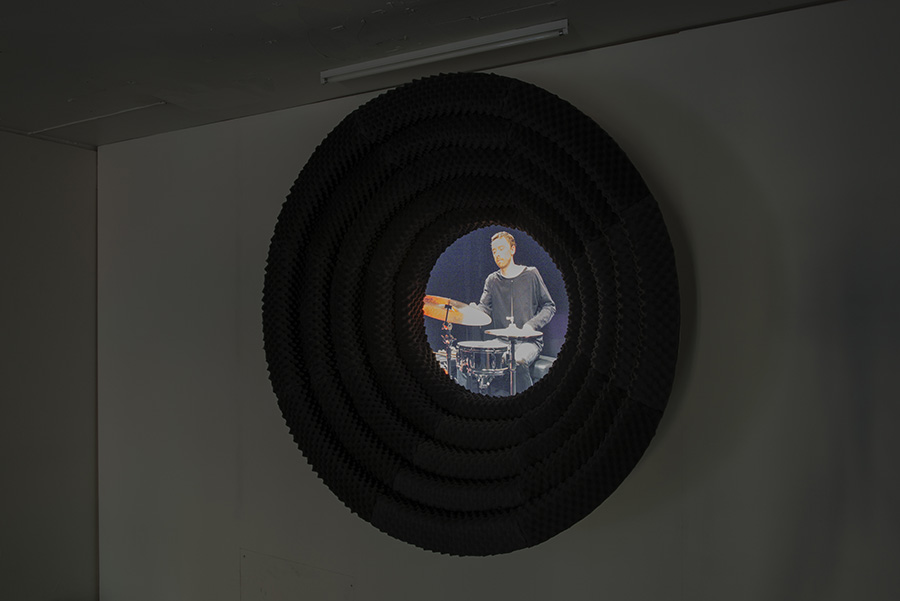