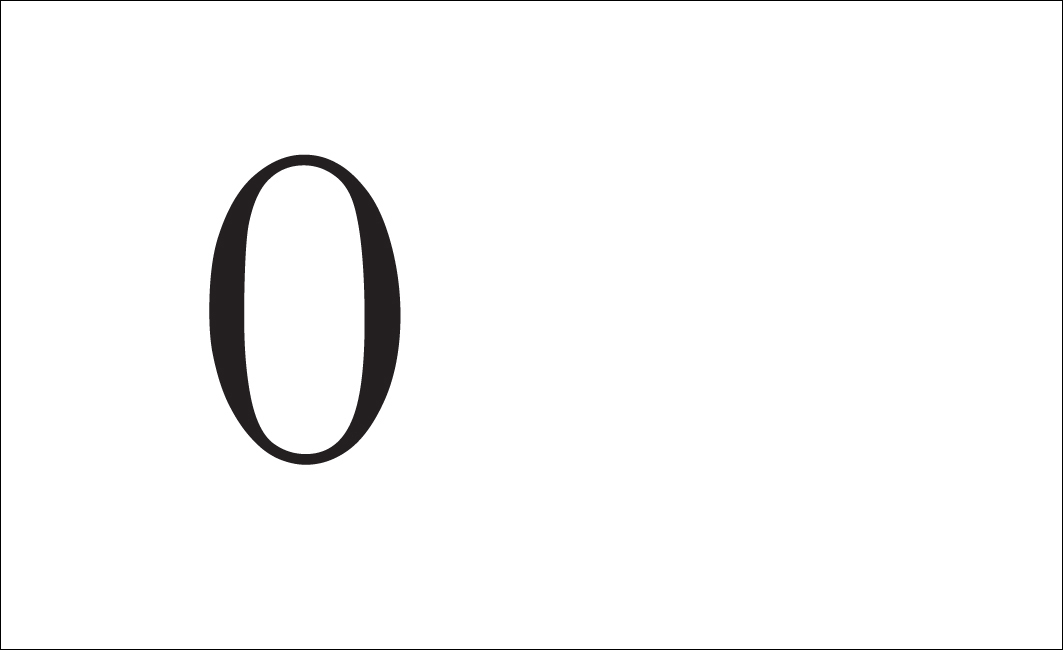 Some time in the early nineties a tube containing Henrik Plenge Jakobsen’s own feces exploded in his Paris apartment; the accident was likely due to a rise in pressure from the accumulation of methane gas inside. The botched experiment also involved collecting-tubes for sperm and urin, respectively. Though this abject practice of collecting his bodily waste-products and store them in cylinders is probably irrevocably a thing of the past (it shortly after came to Jakobsen that ”...it was perhaps more relevant to make works using the telephone than to develop pieces in a studio...”, signifying an increasingly hands-off, conceptual approach) the attention to the externalization of substance here nevertheless offers a thematic figure that’s still applicable.


The pieces made for Jakobsen’s current show at NoPlace – two objects and two gouache-works – center on the idea of the sculpture as a void. An absent egg-shape is referred to via oval indents in a long-stretched steel structure, oddly reminiscent of both pharmaceutical wrapping and medical tools. The letter “O” and the number “0”, which figure in the drawings, are related to the egg-shape by visceral semblance, an aesthetic justification that overrides their function as signs. So, in the context of the absent volume of the egg, they are displaced from their semantic schema and prodded into the pliable category of sculpture, where meaning tend to be defeated by a haptic physicality – even when this physicality is a negative. Eggjastokkur (Icelandic for ovary) takes a boldly nihilistic stance in coupling the sense of meaninglessness evoked by a receding language, with fertility. Language here gets engulfed in the primordial and fertile womb of nature, the only true arbiter of form.


There’s a pervasive pessimism in Jakobsen’s dealings with culture, a ceaseless return to uncomfortable paradoxes, to the inherent fallibility in any system that ascribes to the collective movement of human civilization any sort of aspiration to a truth that won’t get conflated with our society’s self-empowering mythology. But his resignation comes with a curiosity, especially regarding what science brings to bear on the subject’s knowledge of him- or herself. The second object, a large, wooden branch, has a carved-out seat for a small Orgone receptor (7.6 cm in all directions). This slap-stick invocation of Wilhelm Reich serves as a narrative analogy to the sculptural notion of void – or absence – since Reich could be said to project outward what traditional psychoanalysis projects inward, in his externalization of the subjects sexual energy (Orgone). What’s important here isn’t the specifics of Reichian psychoanalysis but the entailed shift of attention to the outside-of-the-subject, to reality, to a radically contingent outside that exists independently of us. 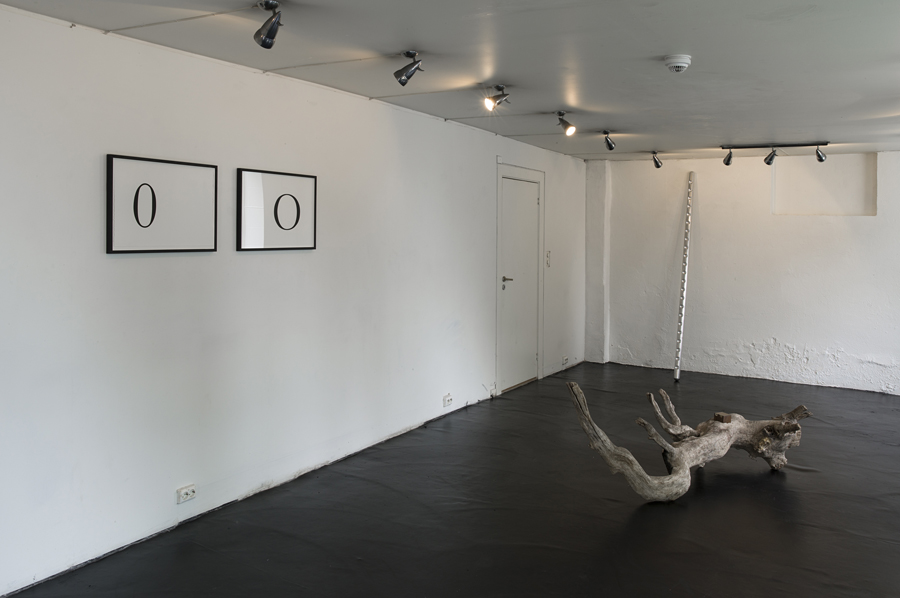 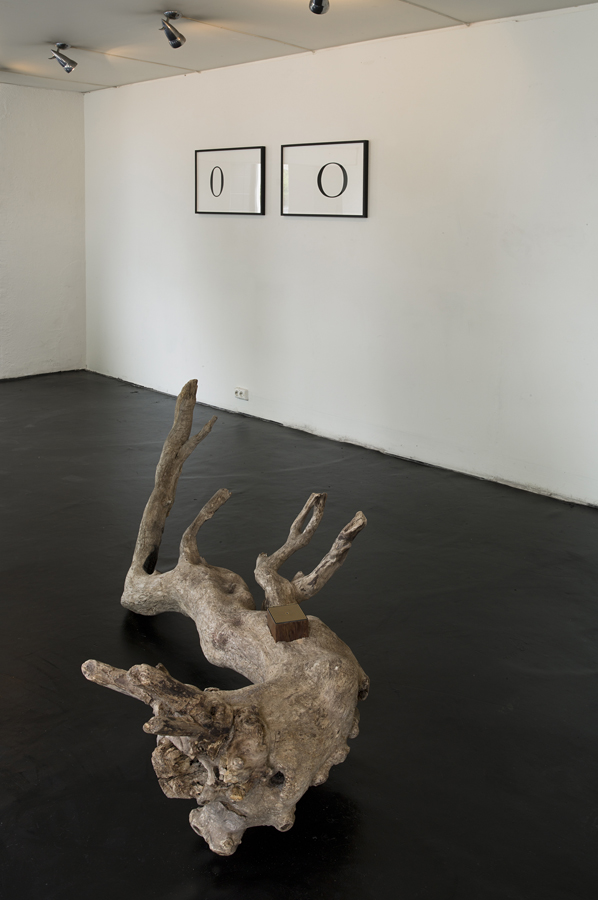 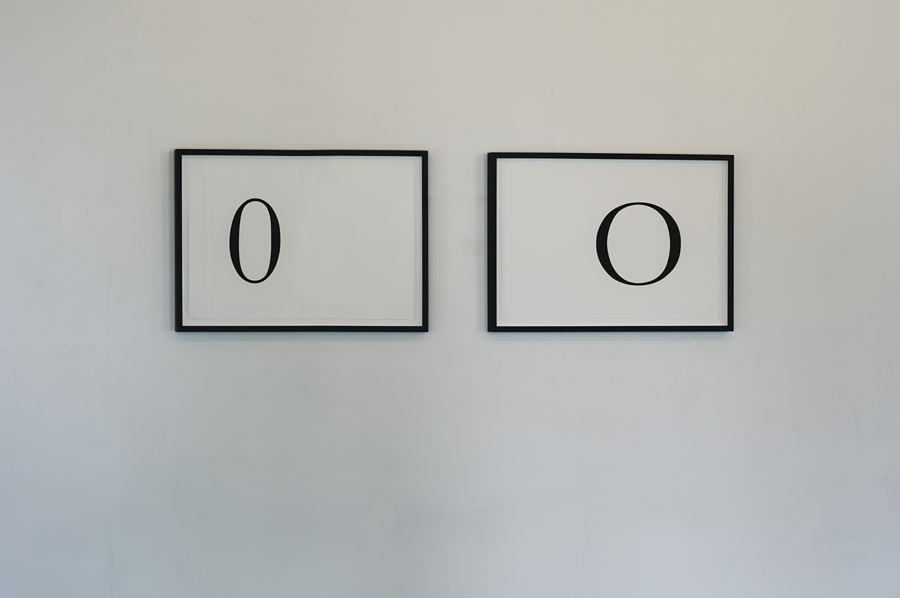 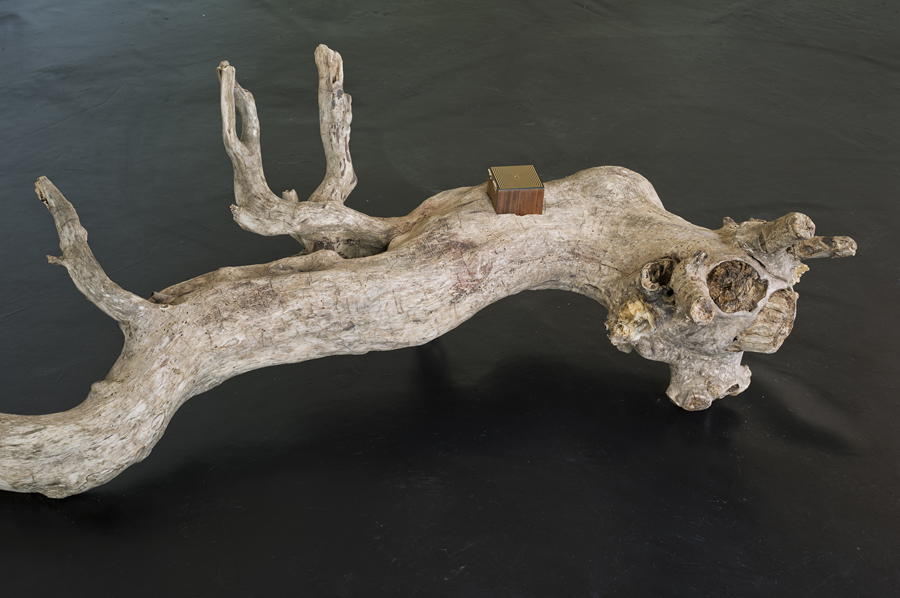 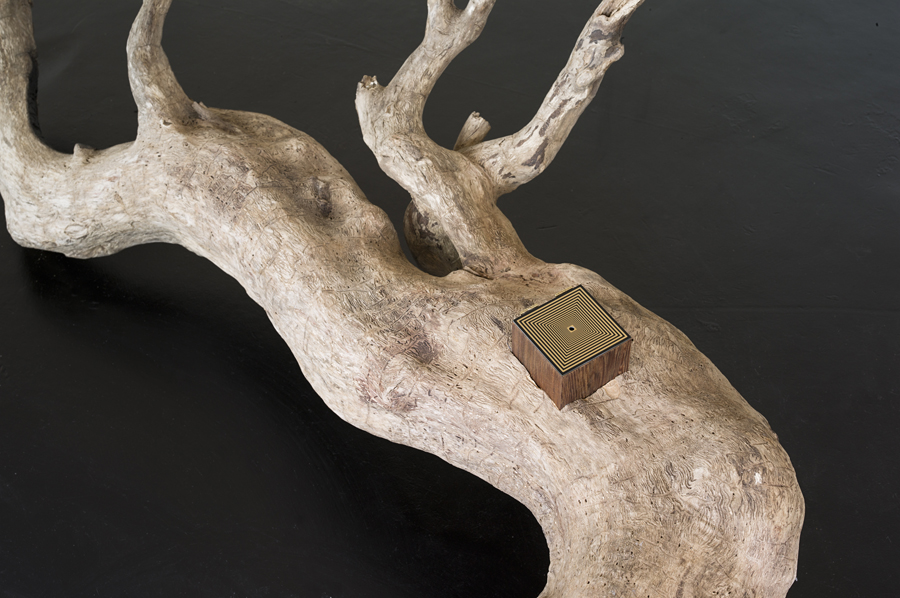 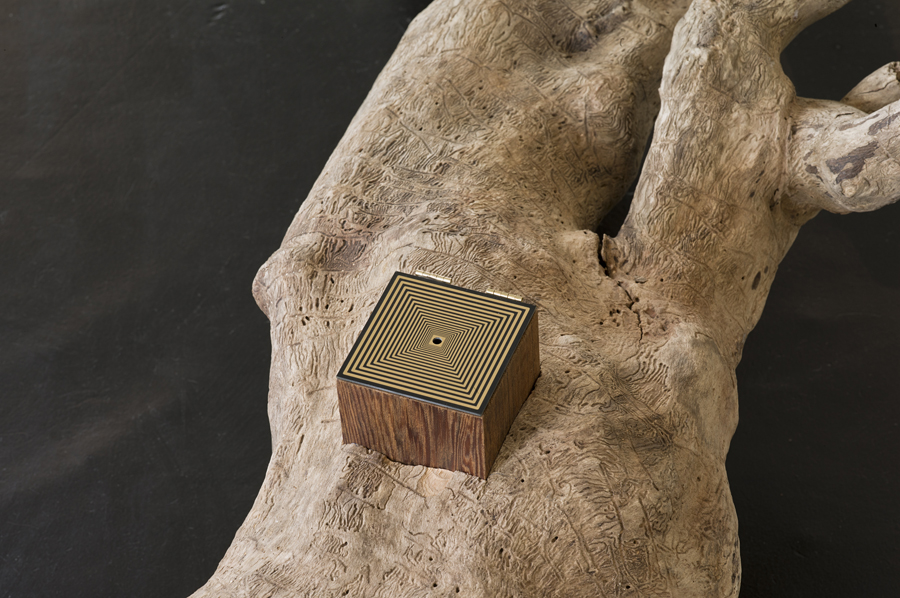 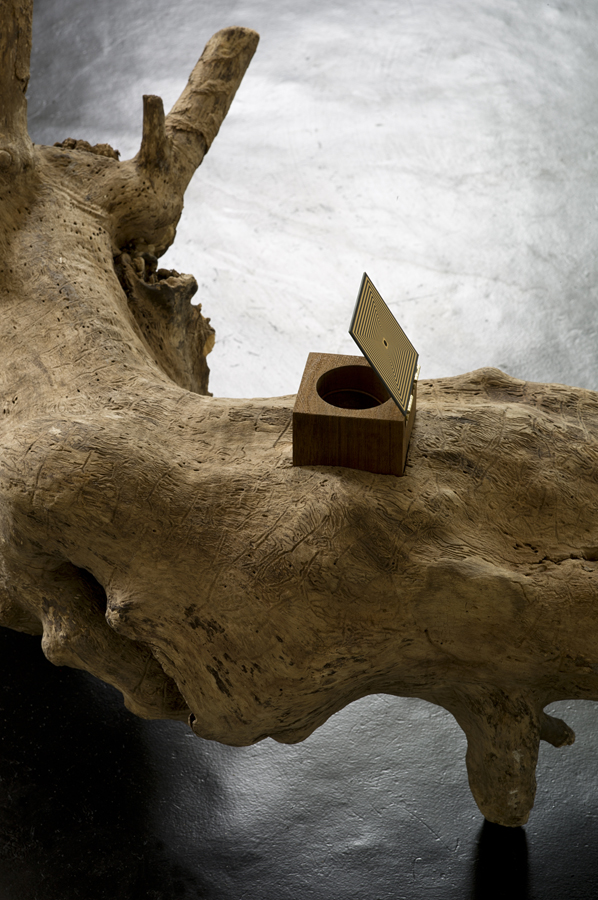 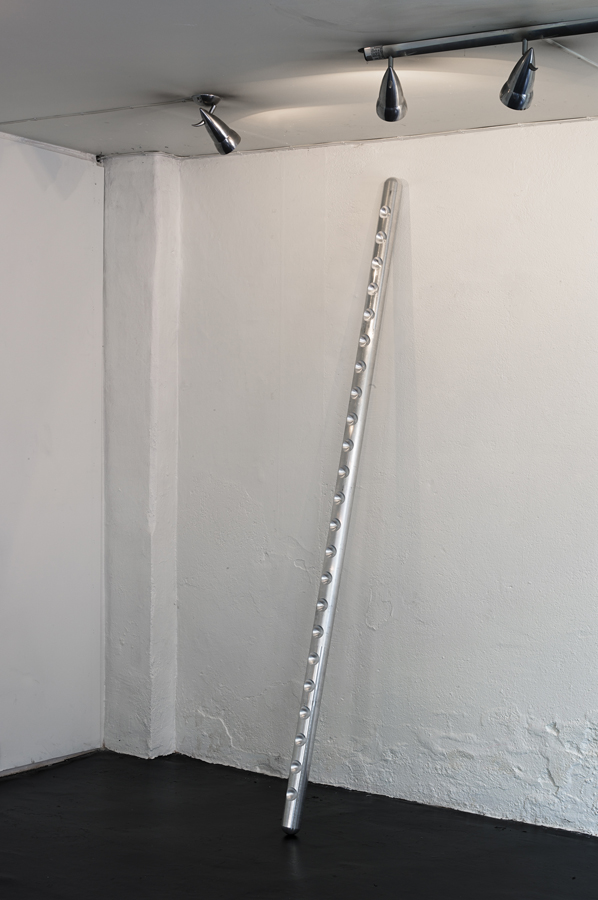 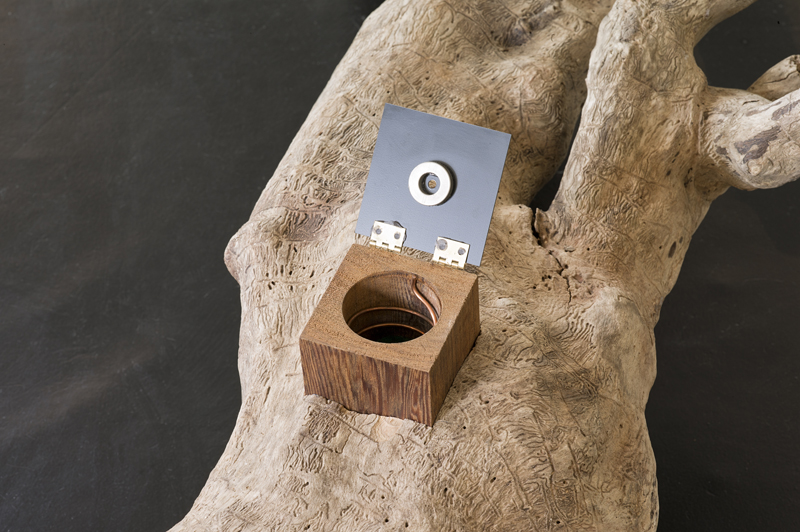 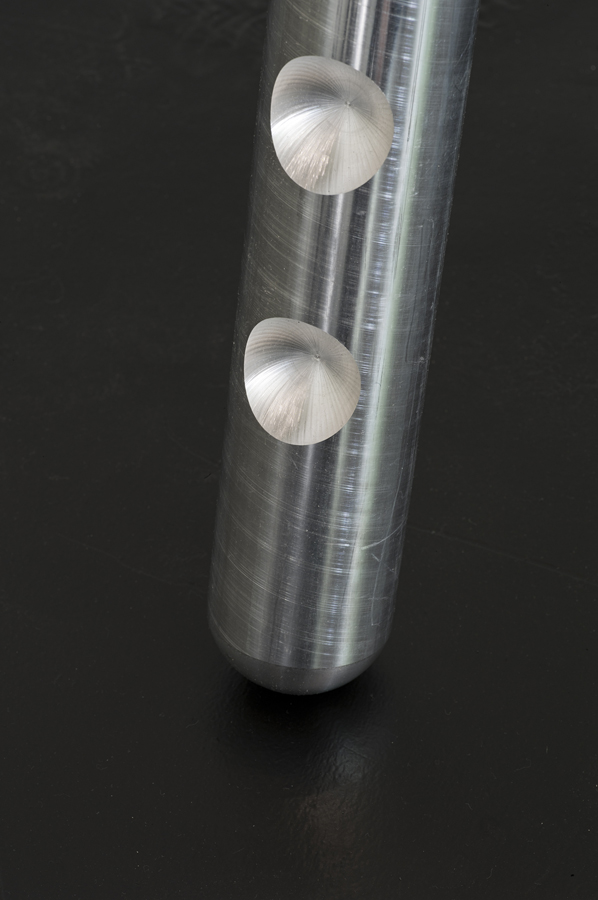