DAZE OF OUR LIVES 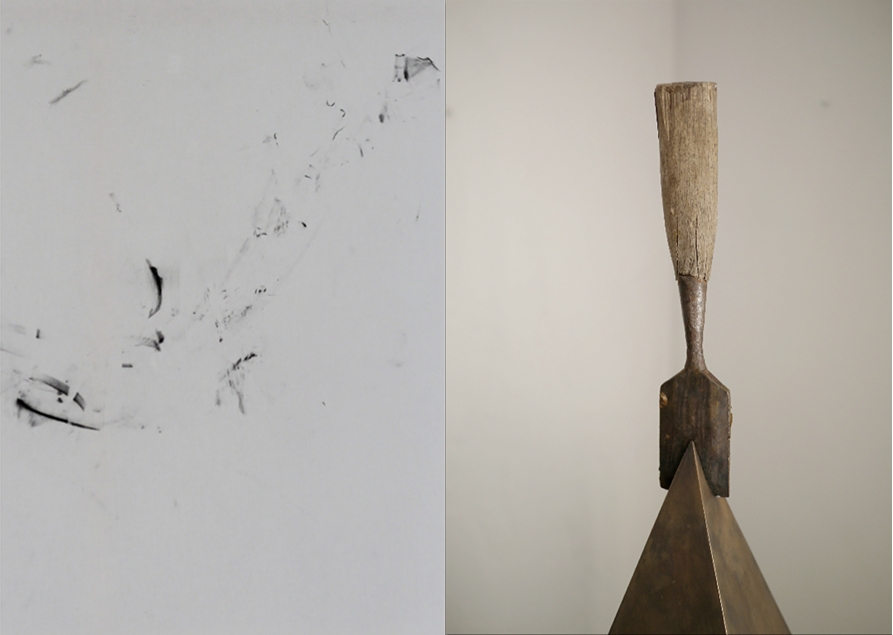 The people we see on tv have always withdrawn from touch or a mode of inspection not directed through the camera and the artifice of the tv-studio or film-set. This fact is hardly contestable as it is tied to the very technological foundation of the medium - the simultaneous dissemination of one image to a potentially endless number of recipients. Still, as if somehow the reality of this contract never registered with the emotional circuitry of us, the tv-audience, the connection between the viewer and these mediated ghosts is often of an affective nature. Following from this affective investment arises a desire for intimacy that the limitation that the tv-medium imposes on the relation between viewer and performer gets in the way of. The gravitational force that tv-celebrities and actors exercise over the media consumer is a testimony to this phenomenon. This unrequited desire is primarily directed at the people who act in front of the camera, but via a religious logic it appears that their aura can rub off on the inanimate objects that appear alongside them. This hypothesis posits the prop as a kind of relic that has the magical power to harbor some of the aura of the charismatic persona that it has rubbed shoulders with. Thus animated, the tv- or film-prop enters the market with a kind of personality or uniqueness that transcends its prosaic use value. A similar case of transference obviously takes place when the artist signs off on a new work. Her signature implying a guarantee of value similar to the document of authenticity appended to film- and tv-memorabilia.


Historically the narratives of television and fine art are intertwined. The inception of television coincides with the rise to cultural influence of modern art in America, and their trajectories intersected frequently throughout the fifties and sixties (TV by Design, 2008, Lynn Spiegel). The combinatory works of Kåre Magnus Bergh and Anders Dahl Monsen take this historical juncture as a starting point to explore the correspondence between the respective aura-systems of television and art.


In Henry Gale an editing table taken apart, painted grey and stacked up against the wall, now resembles a group of abstract geometrical figures. One of the boards carries a note from the tv-show Lost, where the text has been edited with a black crayon. By conflating the charismatic object - be it an original script from an episode of Gun Smoke or an incongruous contraption of wood and rope that once served as a film-prop - with the formal tropes of abstract painting or a remake of Joan Miro's pyramid, the assemblages obscure the categorical distinctions between artwork and inane collectible. The same iconoclasm runs through the series of painted bed sheets, By Night, where the arbitrariness of the expressive gesture is taken to its comedic conclusion by having the mark-making be performed by the artist while asleep, thereby undermining the notion that the expressive ornament originates from a mode of willful application carried out by hand. What paints here in fact is the night, or sleep - the very state where conscious agency is resigned. The method laconically imbues the creative act with an air of indifference, its traces becoming nothing more than mere accidents or slips. This method of form-giving by accident is further explored in a series of clay sculptures, where blocks of clay have been cradled during sleep, their shape the result of indentations from the sleeping body's shifting weight and unconscious movements. These works all tentatively sever the artwork or televised object from the contexts and narratives that give them their aura. Instead of functioning as vehicles for a charismatic presence, whether that of Michael Landon from Bonanza or Jackson Pollock - these objects are here allowed to play out an intricate set of interactions and exchanges with each other, while we sleep. 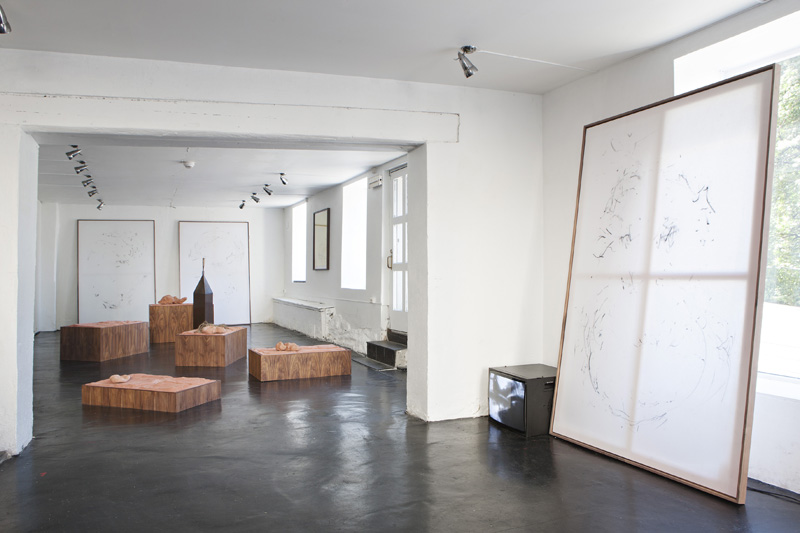 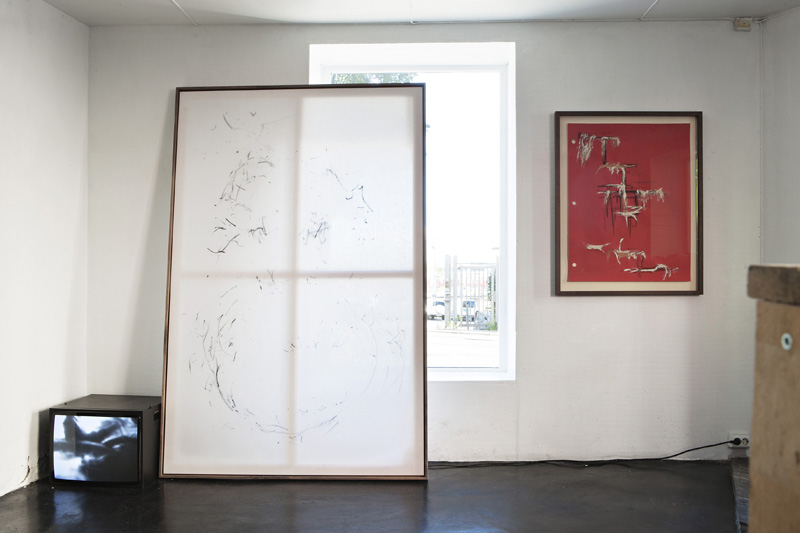 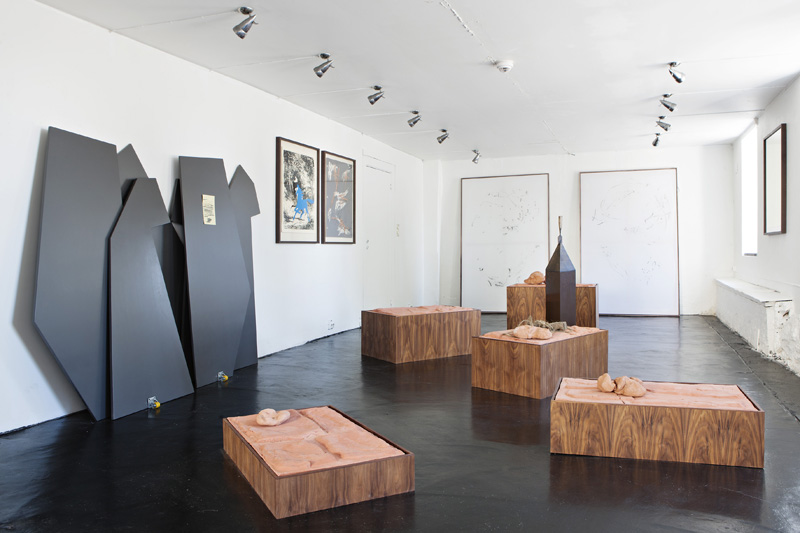 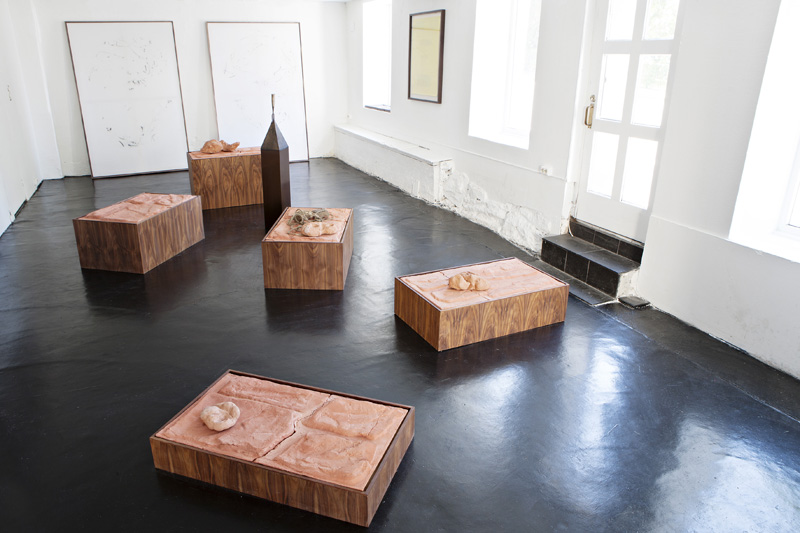 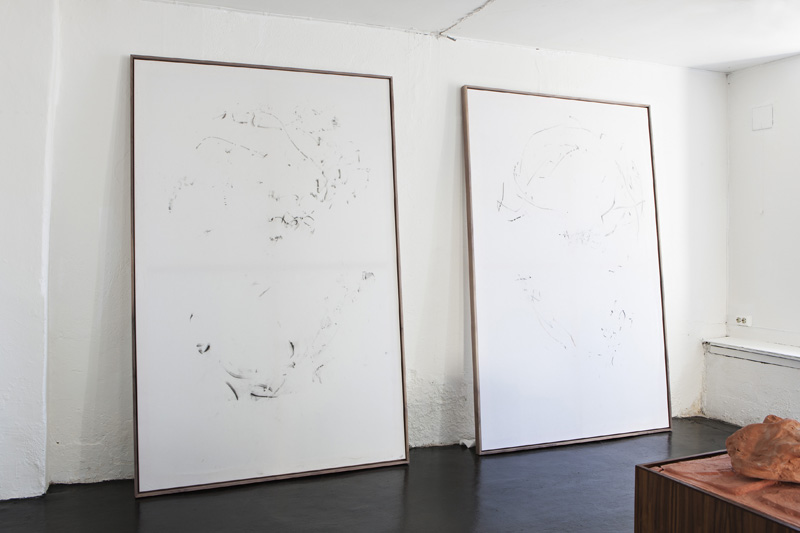 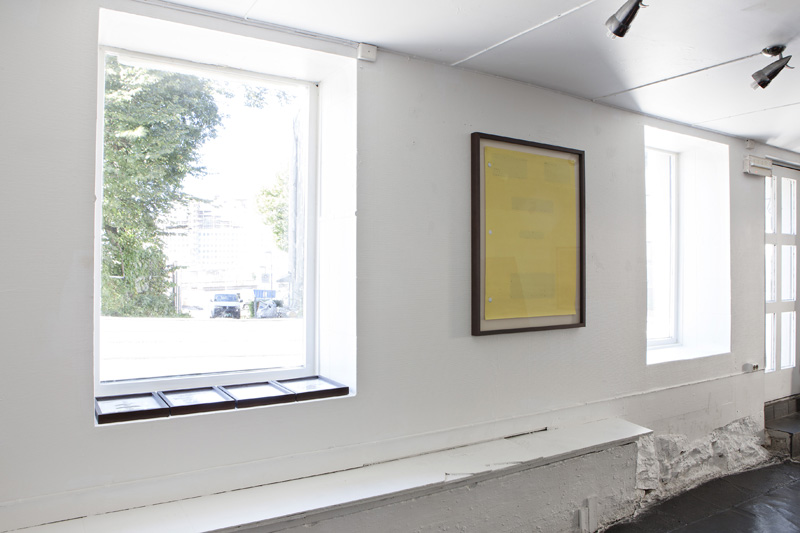 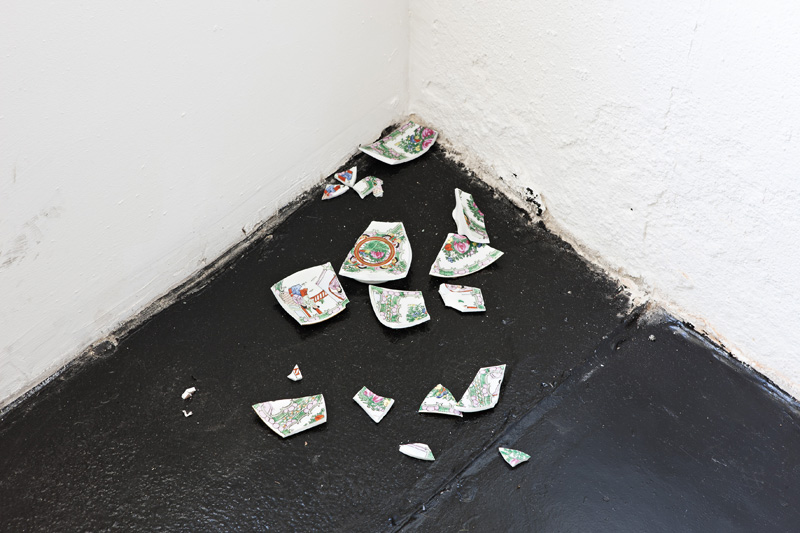 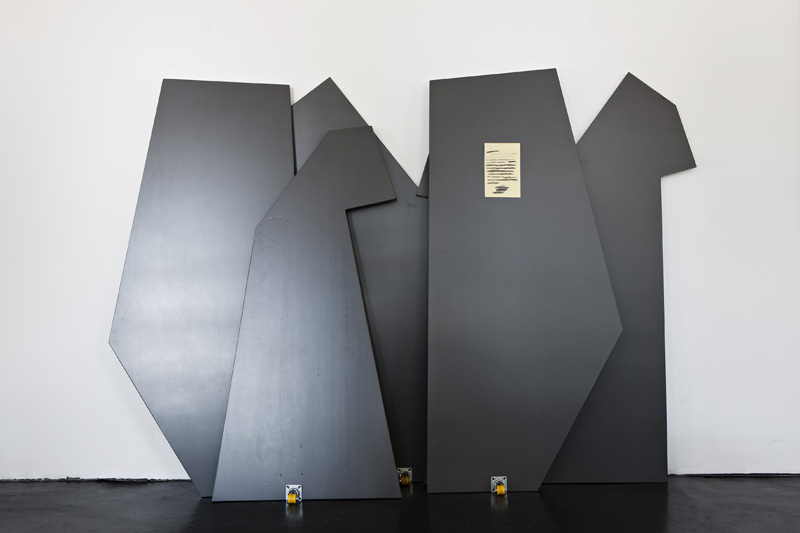 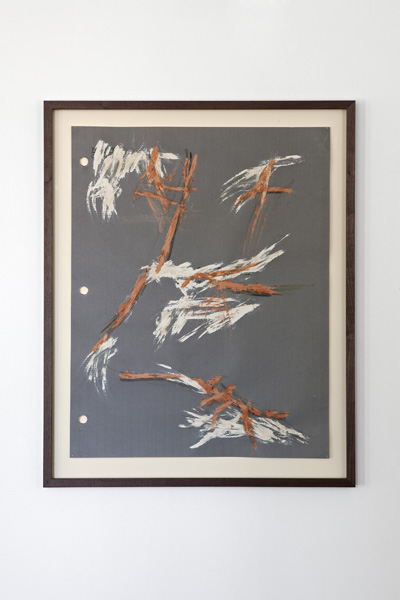 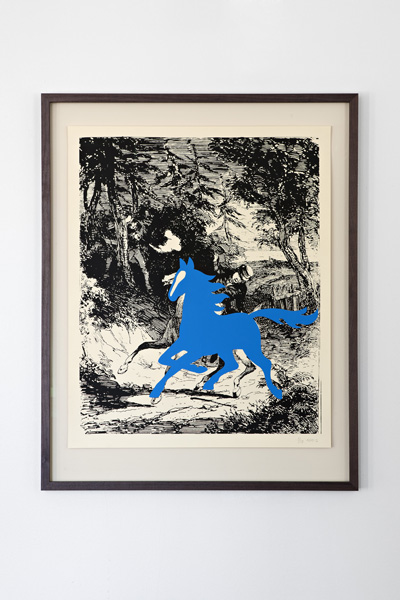 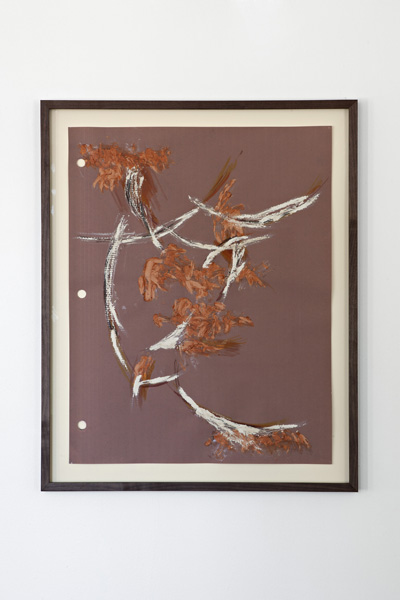 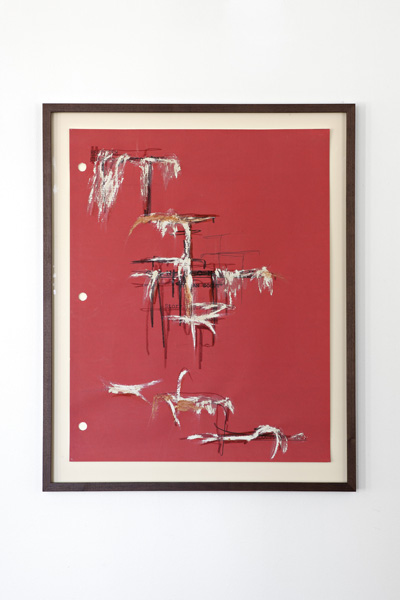 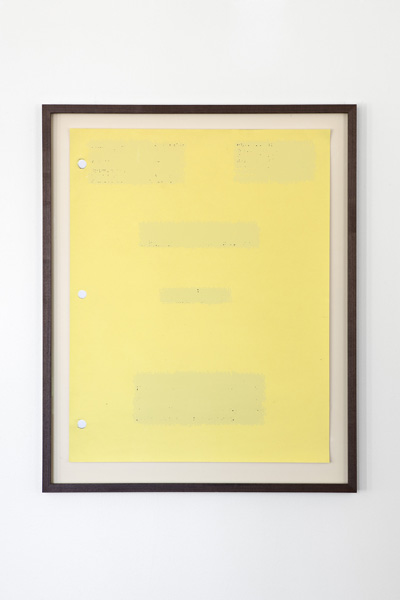 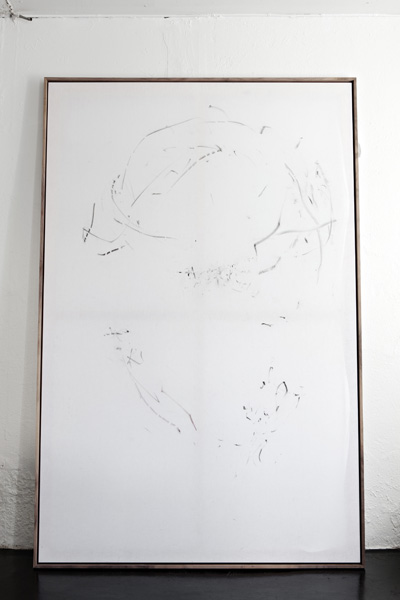 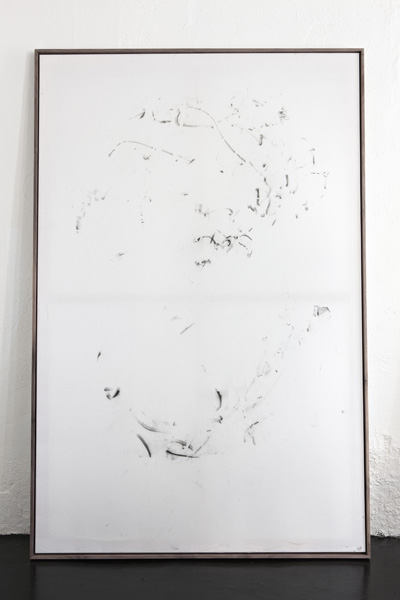 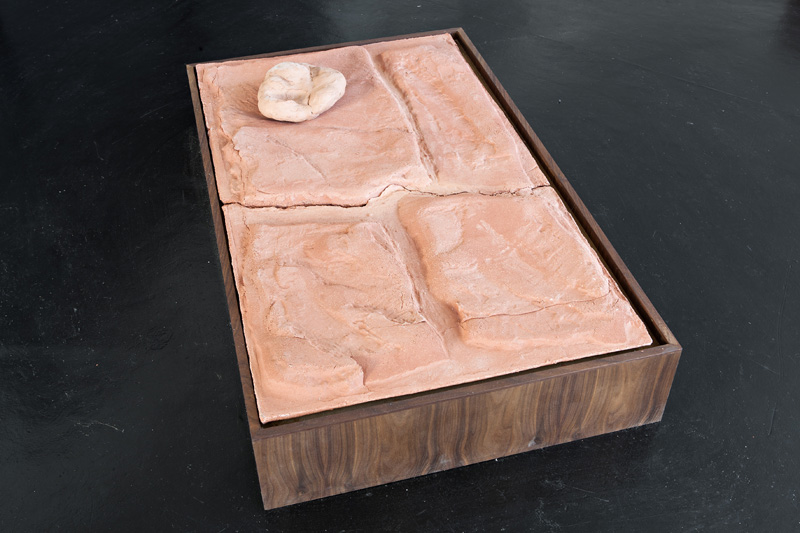 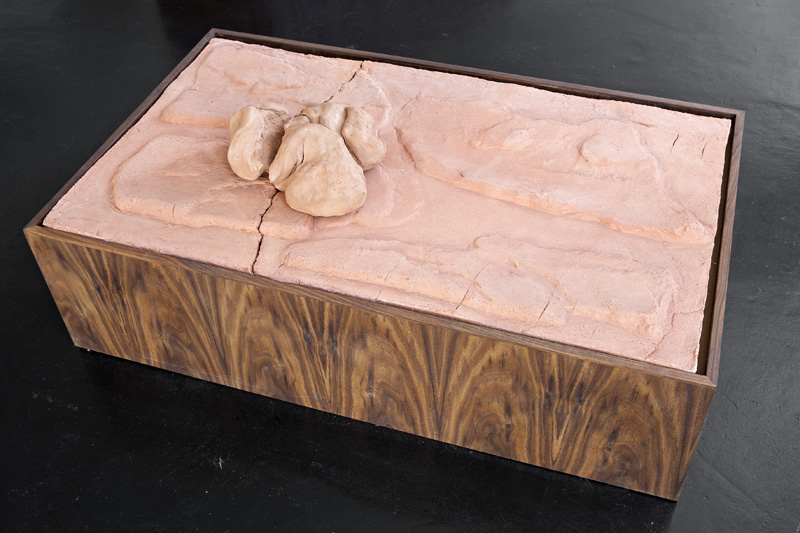 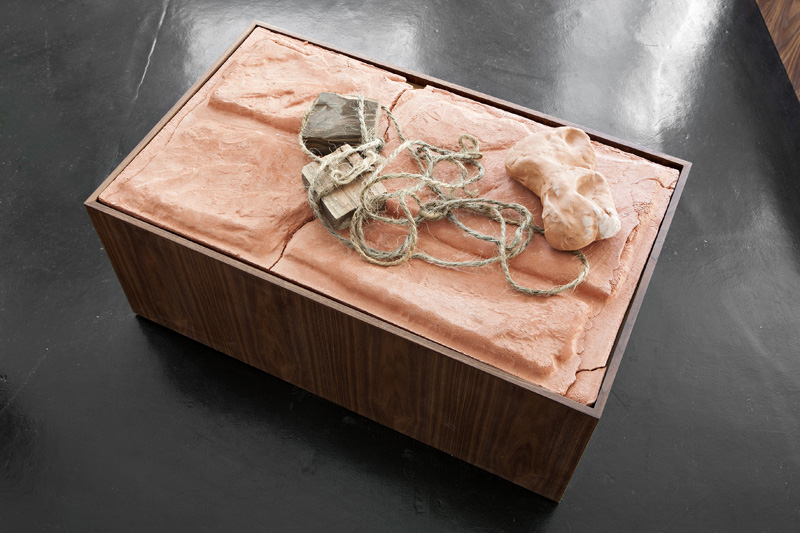 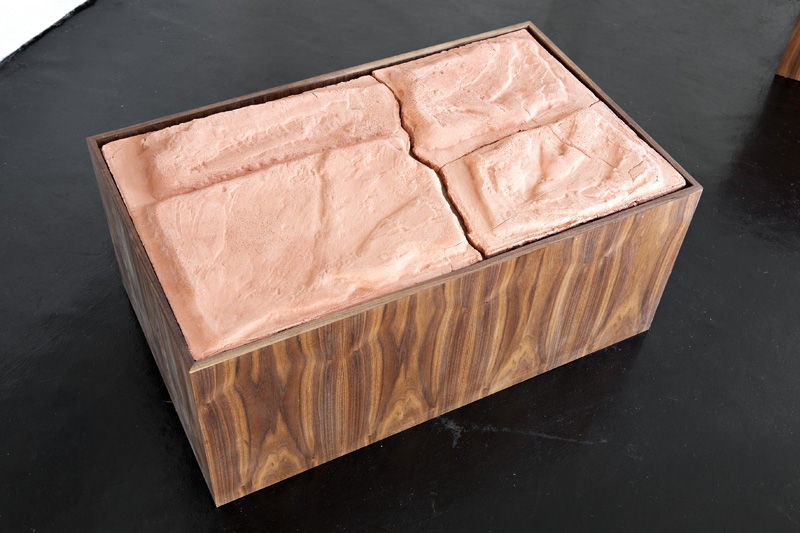 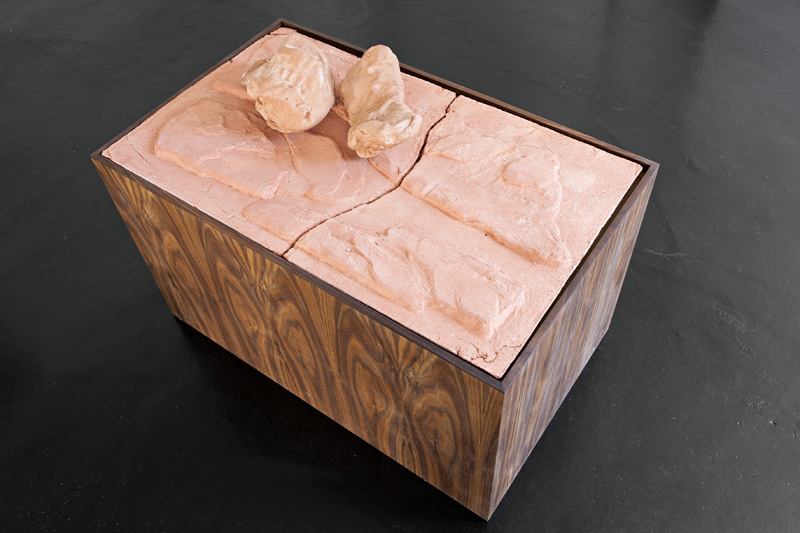