A PLACE BY THE SEA 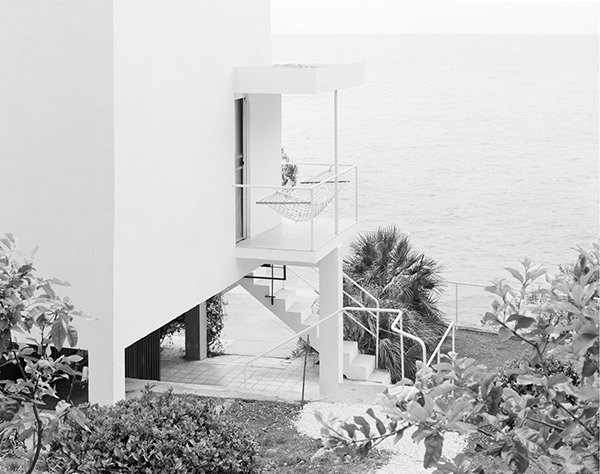 Behind an unassuming gate in the quiet village of Roquebrune-Cap-Martin on the French Riviera there is a narrow and steep set of steps leading down to a sloping terrace surrounded by luxuriant umbrella pines, cactuses, wild flowers and olive trees. It is here that furniture designer Eileen Gray built her villa E-1027. Completed in 1929, the house took three years to construct and Gray worked closely with local builders to coordinate the building process. As an architect, the 51-year-old Gray was self-taught and this villa – a summer house for herself and her lover, the architect and editor Jean Badovici – was her debut. The streamlined, flat-roofed house was constructed in line with the functionalist design principles of the 1920s and the furniture, with its discreet luxury, was specifically designed by Gray.

Five years after the completion of the house the couple’s relationship foundered and Gray left both Badovici and the villa she had built for a shared future that was not to be. Badovici stayed on in the house and in 1938 invited Le Corbusier to stay there for a month. The influential architect sent Gray a letter, praising her design: ‘I am so happy to tell you how much those few days spent in your house have made me appreciate the rare spirit which dictates all the organisation, inside and outside, and gives to the modern furniture – the equipment – such dignified form, so charming, so full of spirit.’

During this stay he also painted two expressive murals on the house’s naked walls, in sharp contrast to Gray’s refined design. According to Le Corbusier one of his motifs, which he called Graffiti at Cap Martin, depicted Badovici and Gray as naked, intertwined figures with a third figure between them, purportedly symbolising ‘the desired child, which was never born’. Later interpreters have regarded the motif as a comment on Gray’s bisexuality. In the following summer he was again a guest at the villa, painting five more Cubist-inspired murals. Photographs from this visit show a naked Le Corbusier – apart from his characteristic round glasses – painting one of the murals. Gray was furious about this violation of her house, and considered it ‘an act of vandalism’. She would never set foot in the villa again. Architecture critic Rowan Moore described it as ‘an act of naked phallocracy’, and was of the opinion that the great architect, ‘seemingly affronted that a woman could create such a fine work of modernism, asserted his dominion, like a urinating dog, over the territory.’

After the war, Le Corbusier returned to the villa to restore murals that had been damaged. During this visit he got to know retired plumber Thomas Rebutato, who had acquired an adjoining property and opened a seafood restaurant there – with a view down to E-1027. The two men got on well and arranged that Le Corbusier could build a small cabin – later known as Le Cabanon – on the property, in exchange for him designing for Rebutato five small holiday cottages. The Spartan, thirteen-square-metre Cabanon was finished in 1952.

After Badovici’s death in 1956, the villa was bought by Marie-Louise Schelbert, an affluent friend of Le Corbusier. This secured him access to the murals, and in 1962 he worked for one last time on them, during one of his annual summer stays in his Cabanon. The cabin, which Gray referred to as a ‘watchdog house’, shares a wall with the seafood restaurant and is clad in rustic planks which give it the appearance of a provisional shed erected from roughly cut timber. Here Le Corbusier spent his final summers until his death in 1965, most likely from a heart-attack, as he swam in the waves below E-1027. The bright white villa on the cliff terrace may well have been the last thing he saw before succumbing to the waves.

Following Schelbert’s death in 1982, the property passed to her gynaecologist and it was in this period that its condition began to seriously deteriorate. In the 1990s, Dr. Kaegi sold the unique furniture in the villa, presumably to finance gambling debts and a morphine habit. A few years later he was found stabbed to death in the house, the outcome – according to the police report – of a sex transaction with two boys who worked in his garden that had gone horribly wrong. Squatters occupied the house, ruining its interiors, breaking windows and scribbling on the walls. This deterioration of the villa escalated until it finally became public property around the turn of the millennium.

Since then a protracted and difficult restoration process has been under way. Ironically, it was Le Corbusier’s murals that set the wheels of restoration in motion. The work has been marked by controversy, not least whether or not the murals should be regarded as important works of cultural heritage or a violation of the integrity of Gray’s architecture. At that point the paintings were in very poor condition. In the 1970s, the largest of them had been accidentally destroyed by a local craftsman, and a copy had to be made by a restorer using photographs of the original work. The other murals were repainted in a way that left little or nothing of Le Corbusier’s original brushwork visible.

Over time Eileen Gray’s name had become far less widely known, which led to the supposition that it was Le Corbusier who had designed this functionalist masterpiece at Roquebrune-Cap-Martin. Gray, who has been described as a modest, private person, never made a fuss about this mistaken impression. And neither did Le Corbusier. When he included photographs of the murals in his own books, he at first neglected to mention Eileen Gray, then later included her name misspelt as Helen Grey. Today the beautiful coastal path that leads to E-1027 is called Promenade Le Corbusier and the area in which the villa is situated is known as Site Le Corbusier. Five of the murals have been carefully restored and are now a permanent part of the iconic villa. 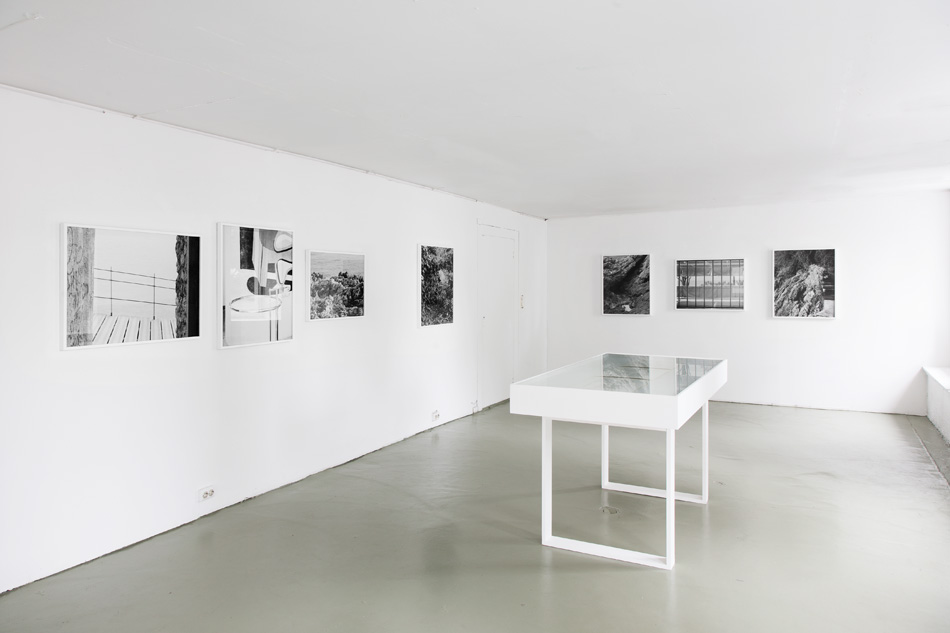 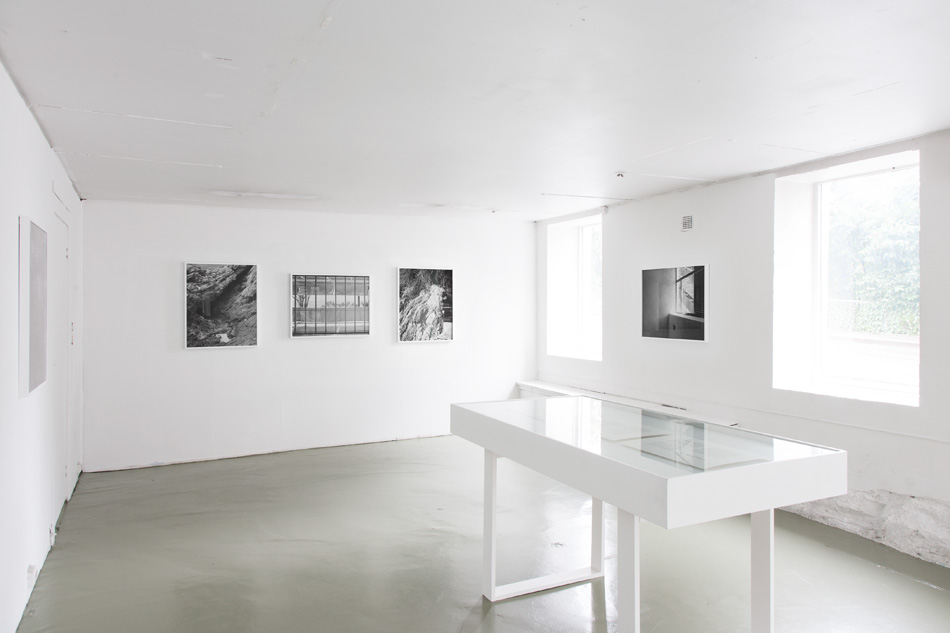 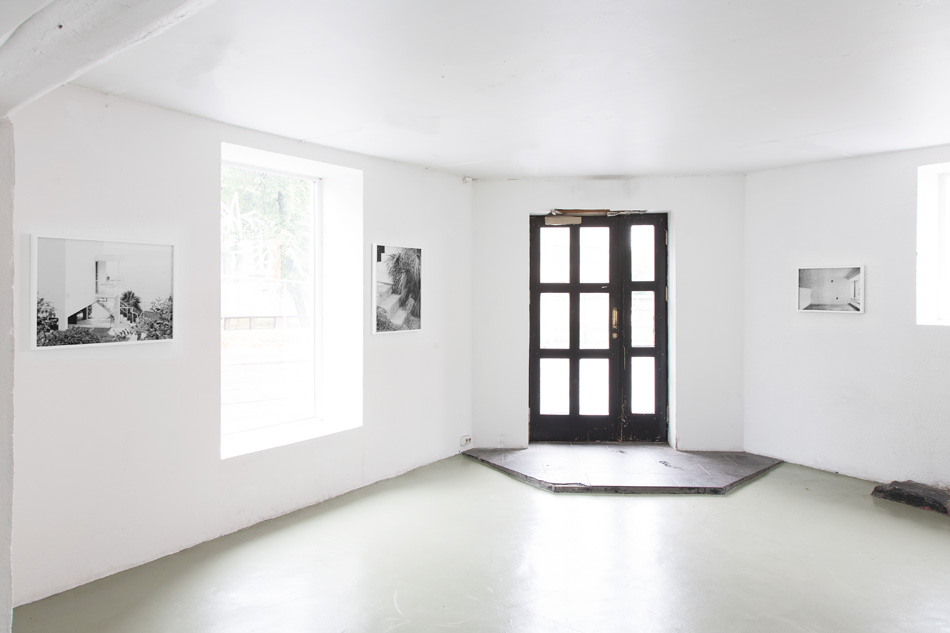 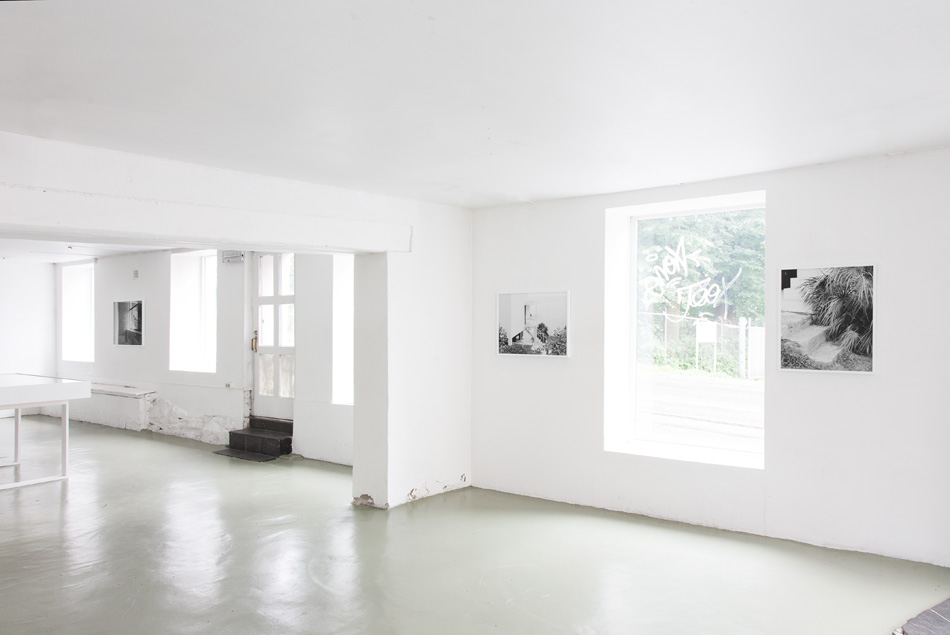 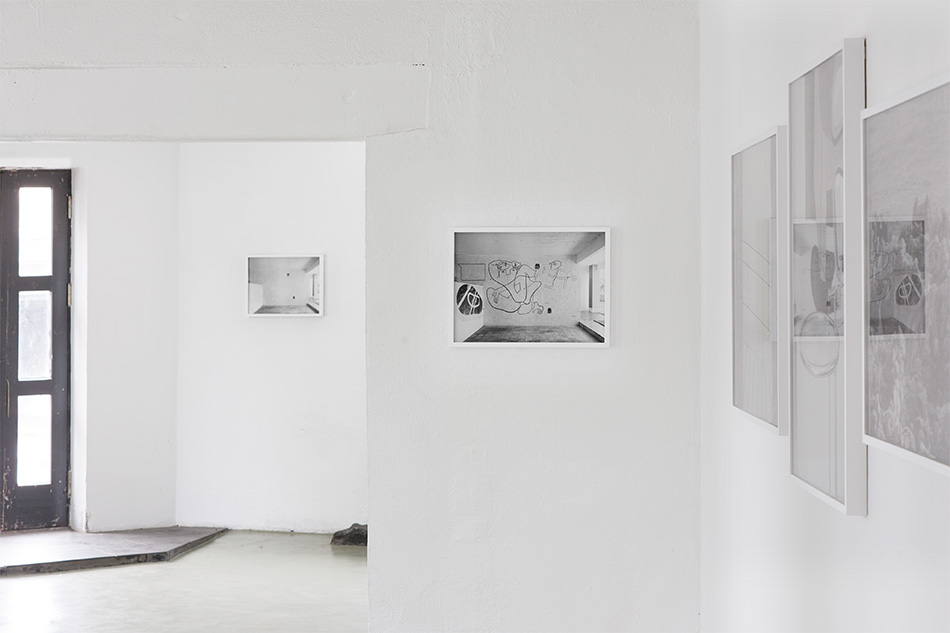 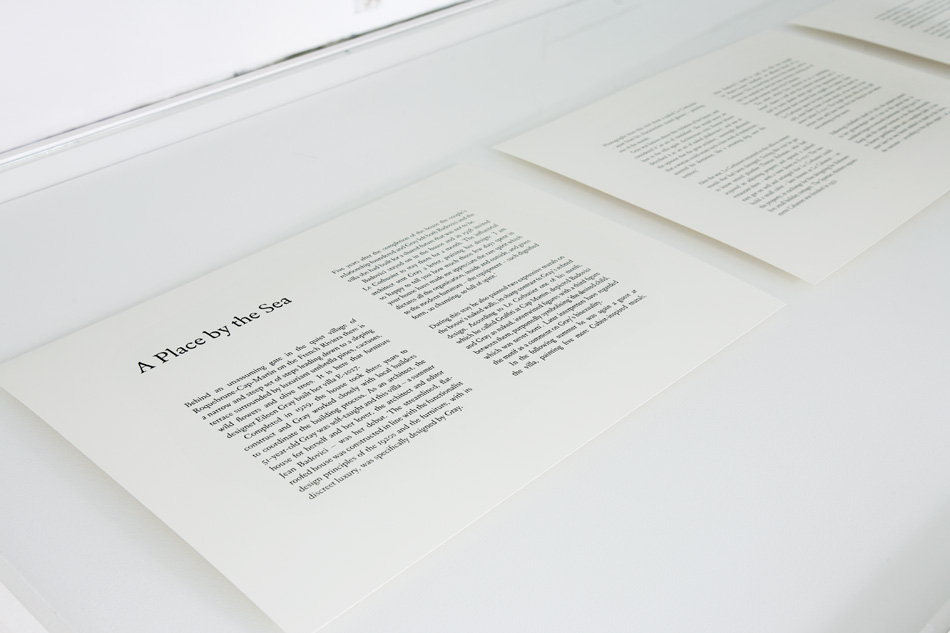 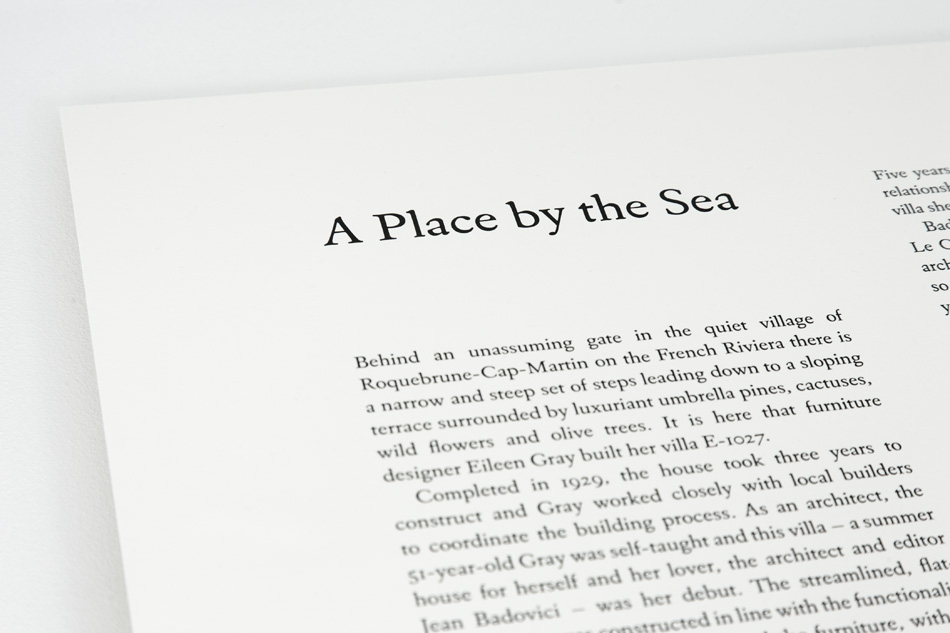 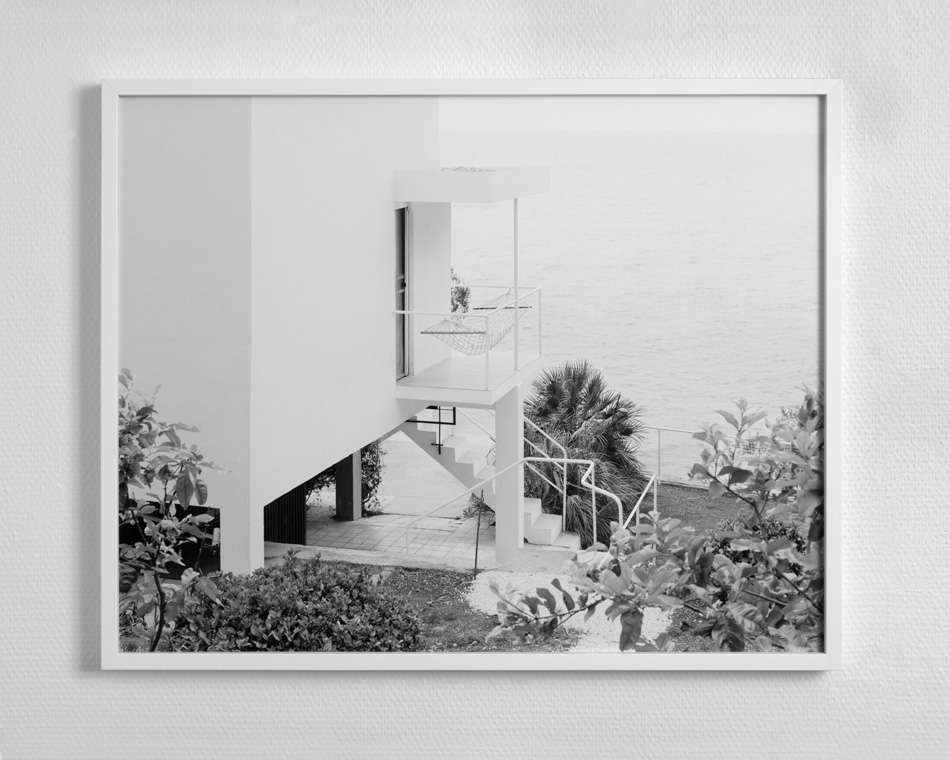 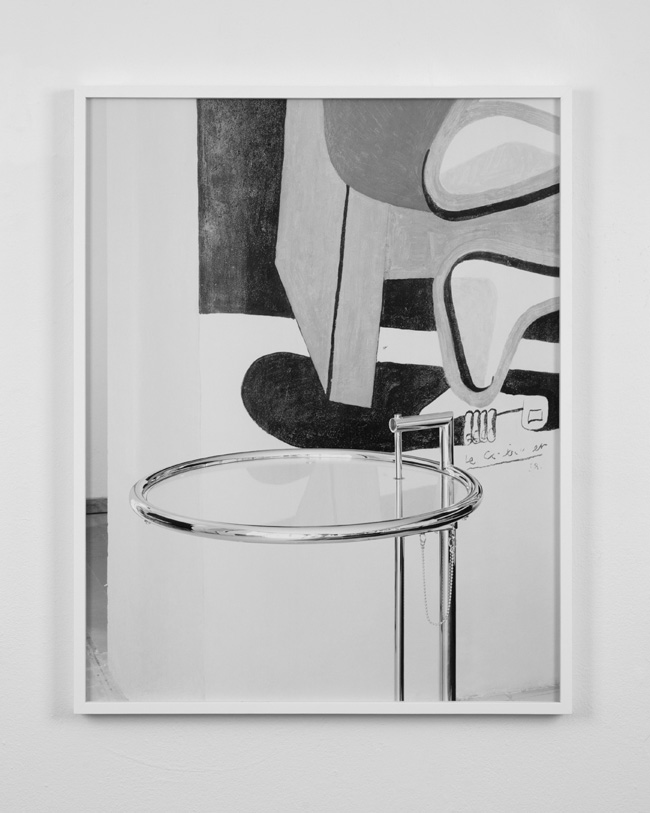 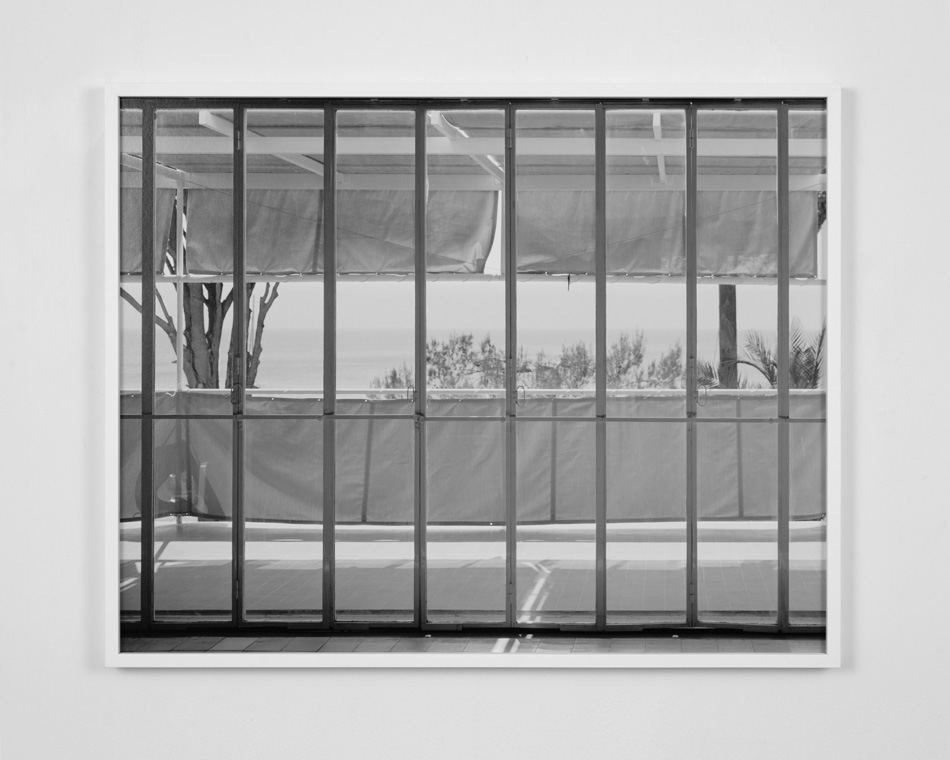 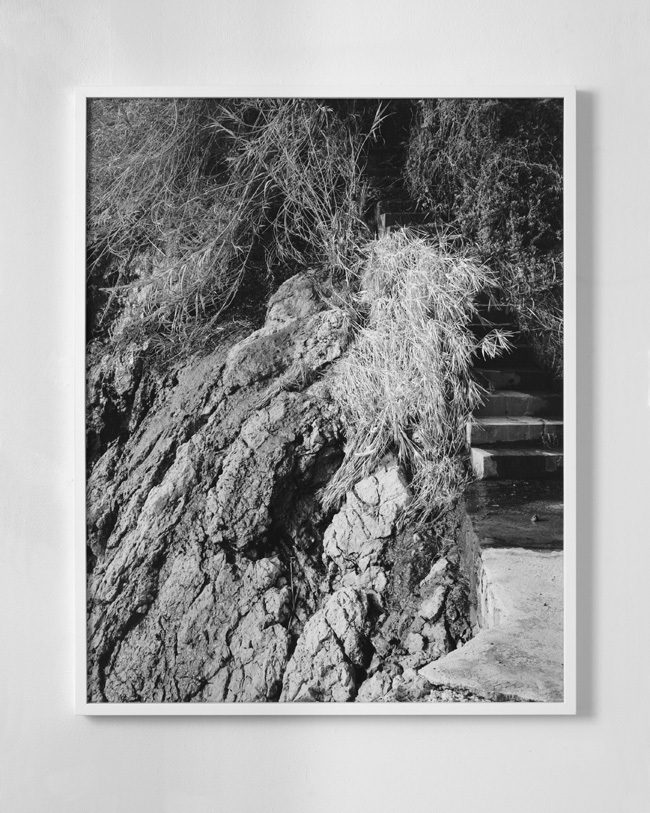 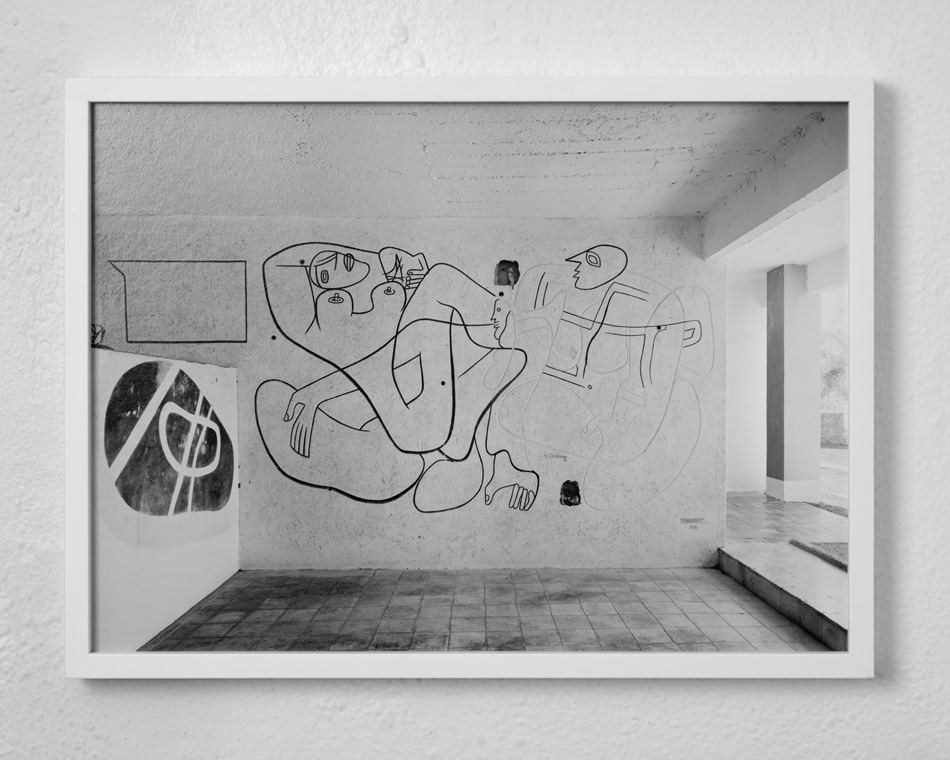 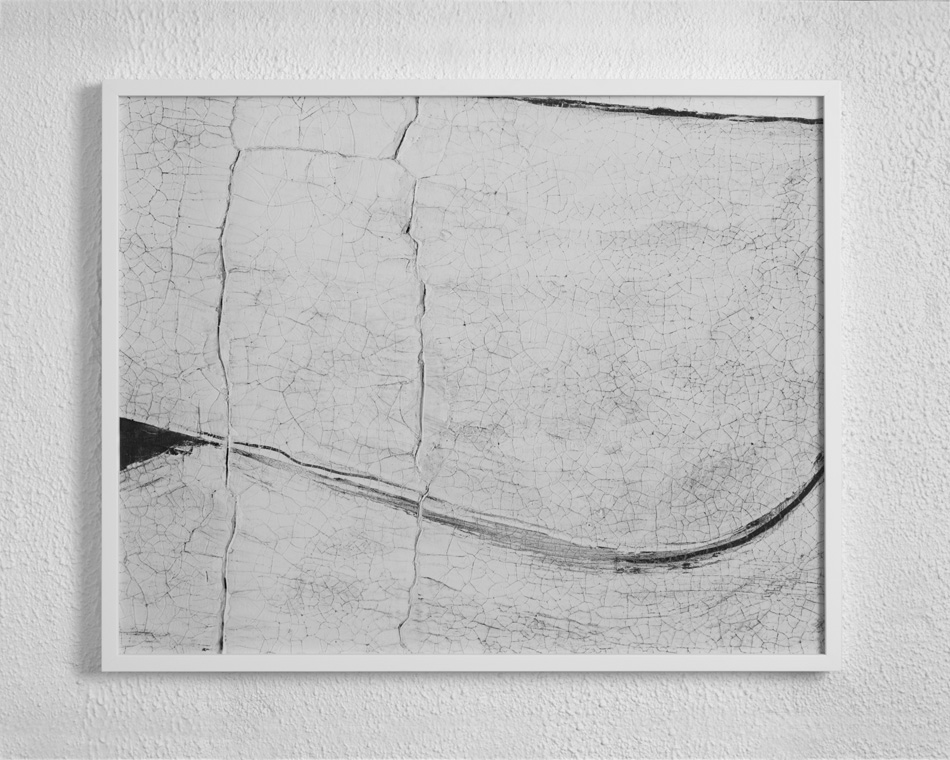 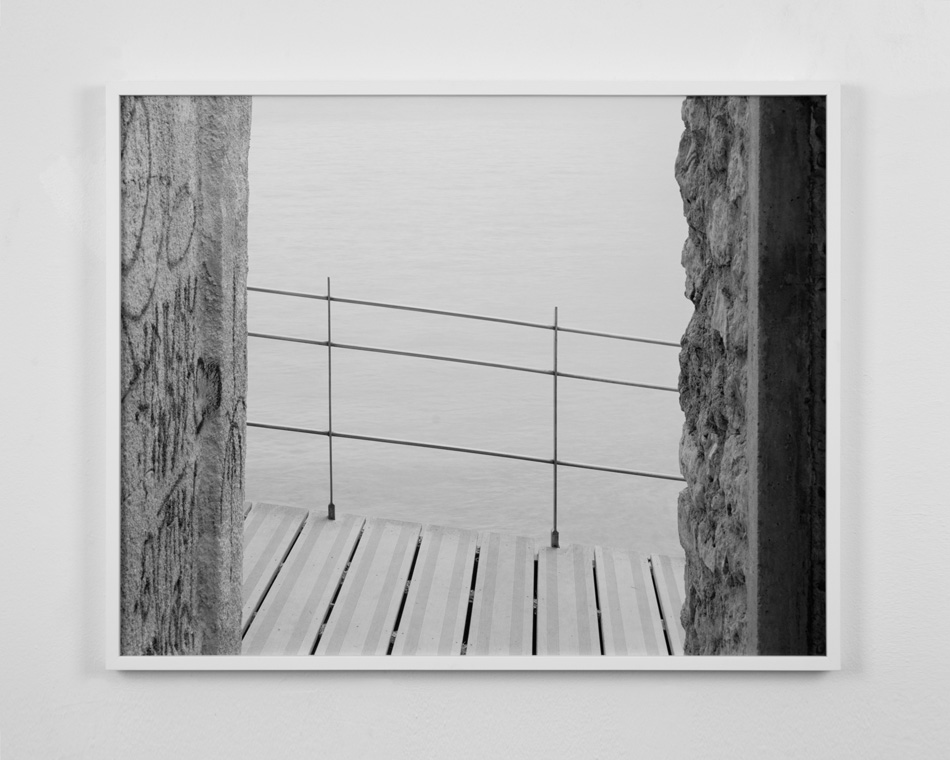 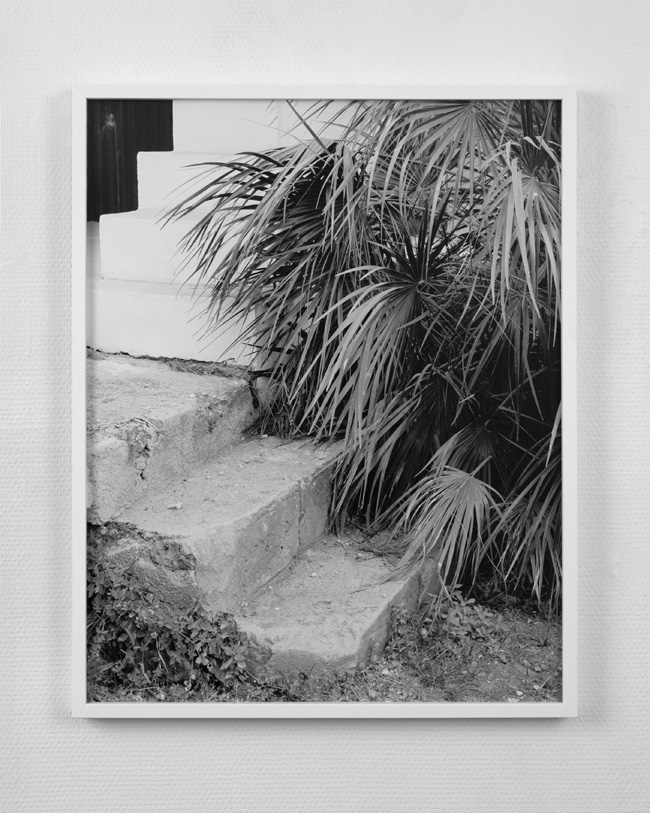 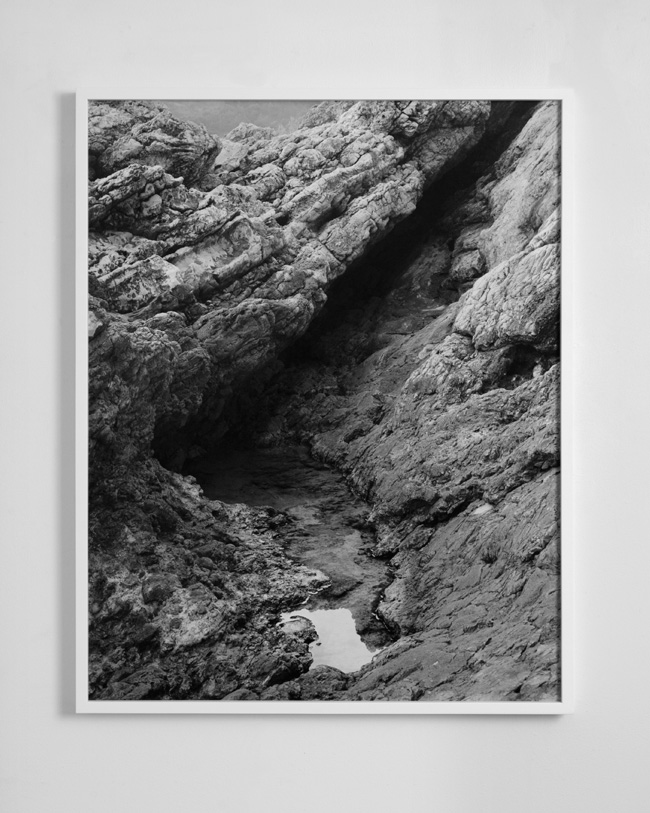 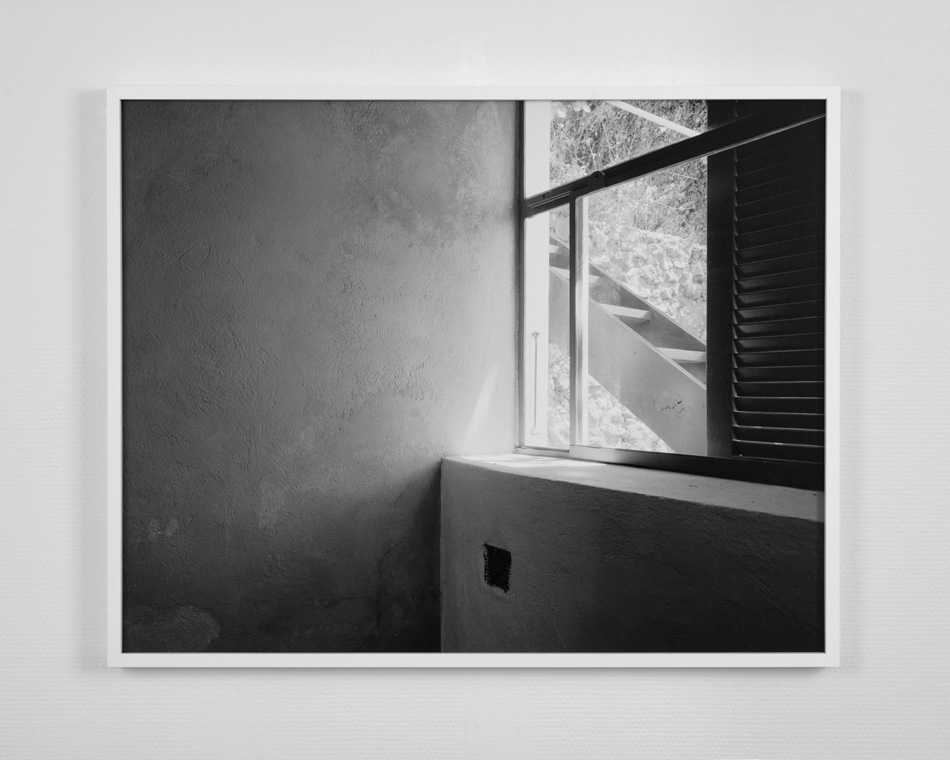 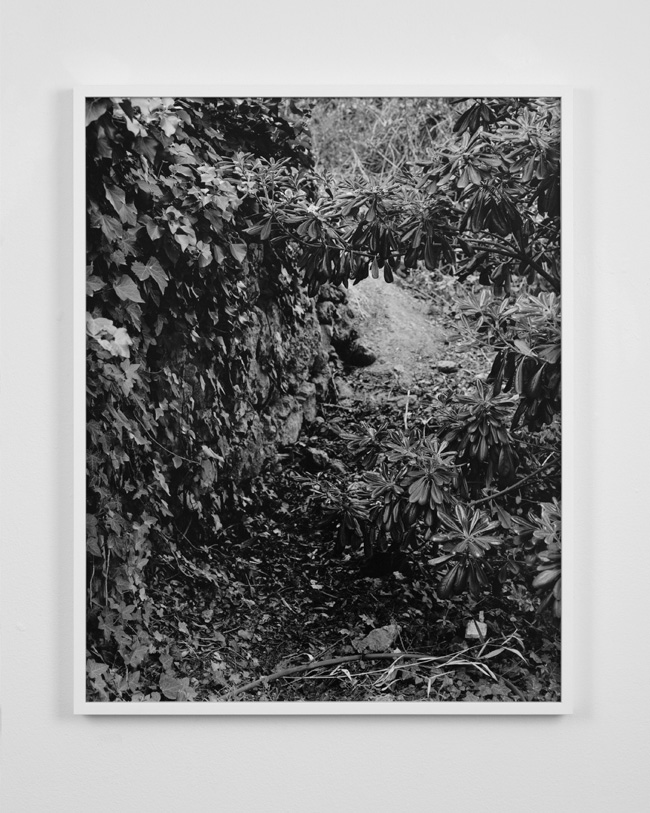 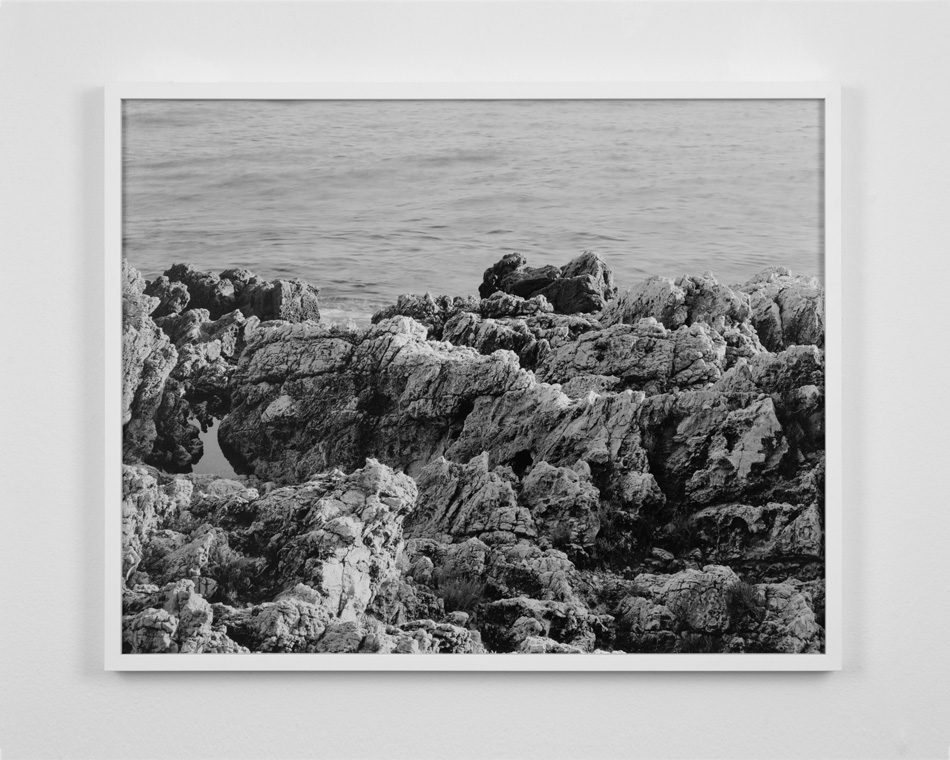 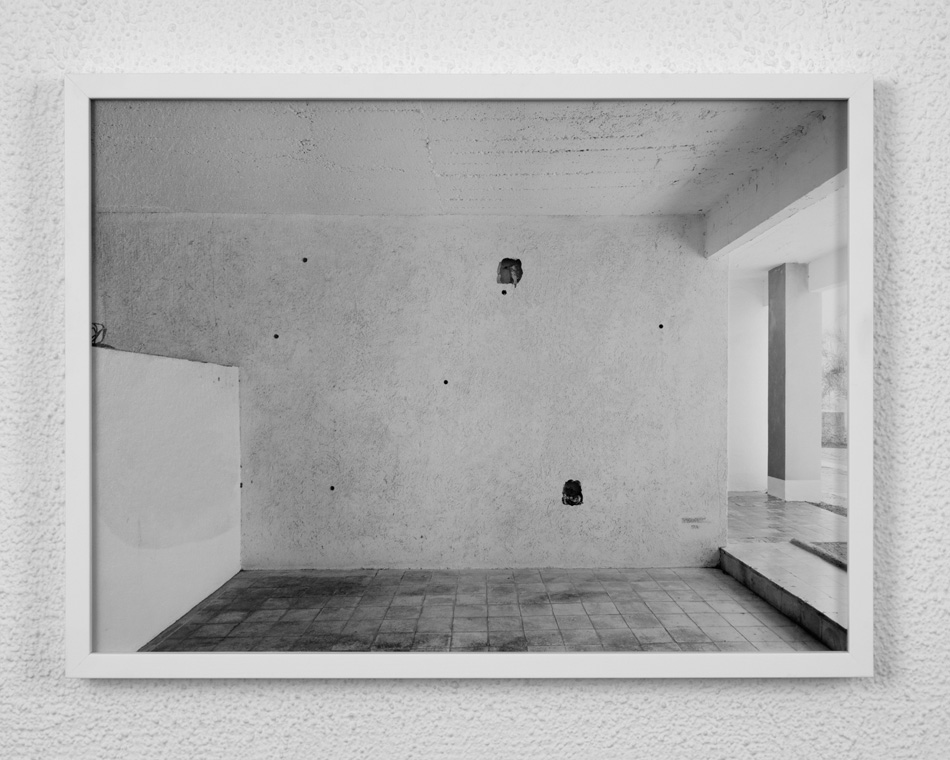